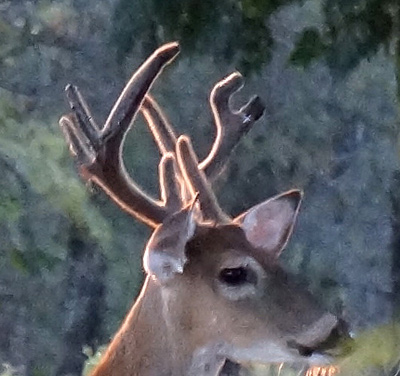 Anybody that’s hung around Bowhunting.net for a number of years may have noticed that I have a soft spot for scouting for and taking pictures of bucks that have unusual looking antlers. It started years ago with a big 6-point with curved over brow tines. And a buck I called the “Freak”. His right main beam had only 3 points but it was outside his ears 8-inches. The left antler had six point and every one grew out of the base of the antler.

When I showed his pictures to the county biologist I was told the Freak was 8 years old.

Lots of people told me to cull him, even the local game warden. I had him scouted out real good too, and was within 20 yards of the Freak many times, but I never drew my bow on him.

I preferred to see him, take pictures, and be a part of his secret world.

But that’s another day, a nostalgic blast from the past. This year I have a new special buck. A few days ago I picked him up with my binoculars in the beginner daylight.

I switched to another ground blind and in a couple of days I saw him again. 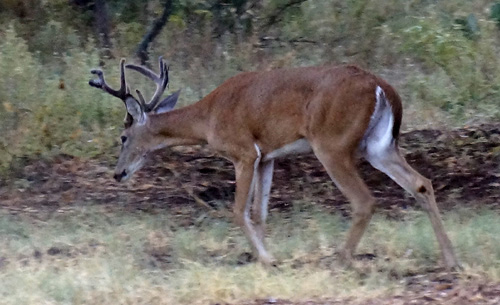 The end of his left antler looks similar to the business end of a wrench. And the way his points grow is kinda weird too. 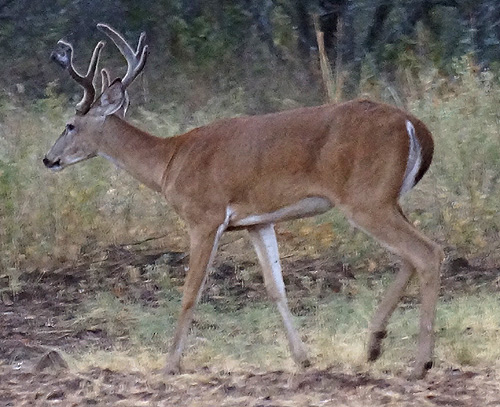 Here is a picture of him when he was closer to my photo blind. 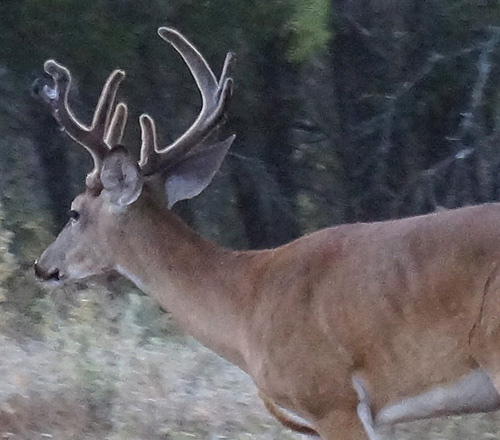 The next morning, as the sunlight filtered through the trees, I saw him again. 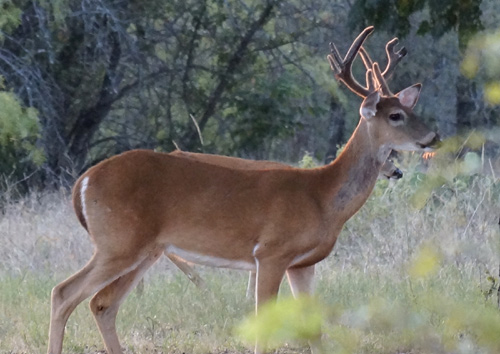 I zoomed in on him tighter so you and I could get a closer look at that rack. 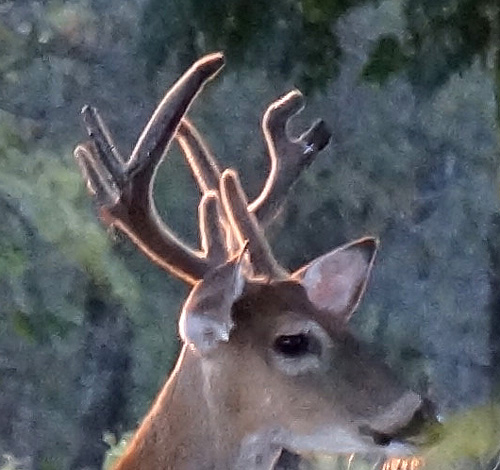 Ain’t he something. And because he has that wrench looking configuration on the end of his left antler I’m calling him “Gear Head.”