What Can You Learn From Game Cameras? 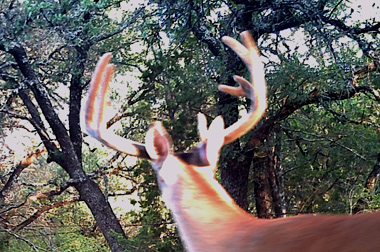 Game cameras can show you more that what deer are around in your hunting area. For example, check out this short series of pictures below.

I have a SpyPoint HD-7 trail camera watching a mineral lick I created years ago. It’s by a fence and I can see what comes to the lick as well as activity across the fence.

In the picture below  a doe is on alert and has seen something off to our left. 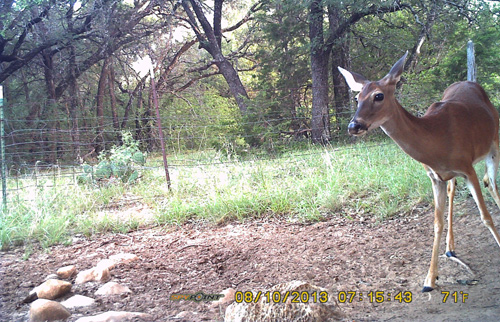 Minutes later the SpyPoint picks up a buck coming into view from our left. The doe is out of the picture. If it had gone to our left there would be another picture of the doe, so from this we can assume the doe exited to our right. 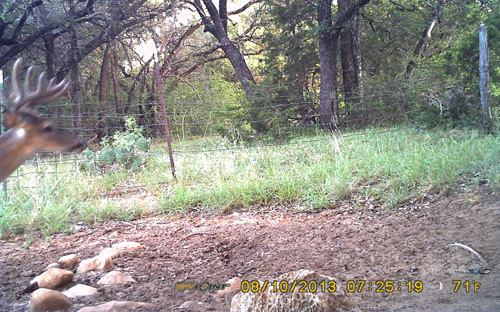 Eighteen seconds later we get a picture of the buck. A nice looking 10-point. 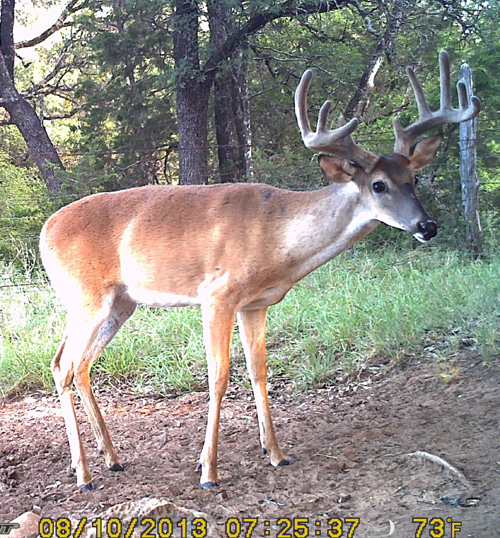 Ten seconds later our buck is walking out of the frame to our right. 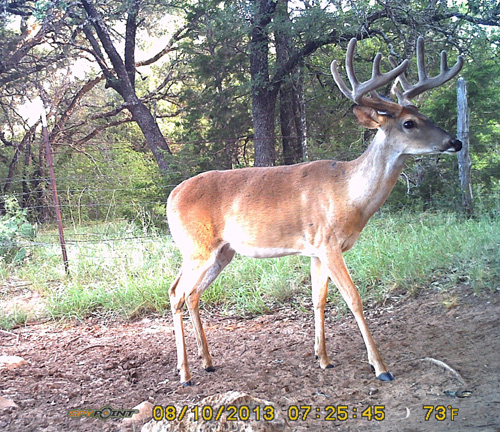 Twelve minutes later our 10-point is back and he is walking behind a smaller deer, probably a doe. Something else of note is that the buck’s hocks are black. So even though he is in velvet, this year’s upcoming rut is on his mind. 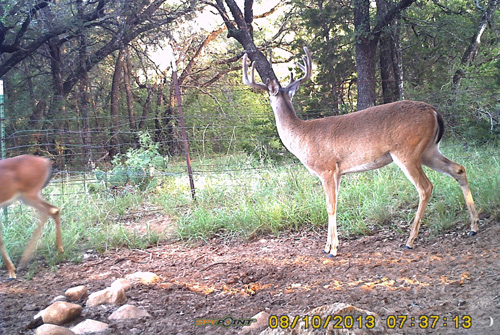 That was the last photo the camera took. We know that the buck immediately because if he’d have hung around 10 seconds more we would have another picture on the SpyPoint.

Ok, in my opinion, we’ve learned something important in these pictures. Most importantly, the 10-point was on the move during daylight hours. Next, my take is that he approached from our left. And the doe in the first picture saw him checking out the area where she was. Both her and our 10-point exited to our right. However, he came back from our right and made his final exit to our left. And another deer, quite possibly a doe, was ahead of him. He went back the way he came.

Where they come from, and where they go is important news to us bowhunters. And a game camera can help us figure this out — like it just did.

When It Comes To Wolves, State Wildlife Agencies Still Don’t Get It…Or, Do They? Part 1

Making Trail Cameras Work For You