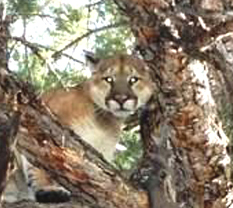 Years ago a friend told me that anti hunters would not cause the demise of hunting. I argued that it would. He said it would be loss of habitat, loss of access for hunters, etc. In retrospect, we were probably both right, but the antis are making hay at the expense of hunting and wildlife and the public has no clue. Common sense has long left the building.

Yesterday there was a story on television news about a kid (fourth grader) who was suspended from school because he had a key chain that was a plastic replica of a pistol. Now we are talking about a plastic replica the size of a quarter, and school administrators took that to be a safety issue. Are you kidding me? I understand no guns in school, but a key chain?

Such lack of common sense is rampant in this country. Take our Congress for example. Time after time they miss the boat on the economic value of wildlife. At a time when the economy is really hurting, we know that wildlife means money. Wildlife means jobs. In fact a study by the National Fish and Wildlife Foundation states that “when all sources of conservation investment are combined, approximately $38.8 billion is spent each year directly to acquire, enhance, restore, protect or manage fish and wildlife species and habitat.” That investment provides 277,389 jobs, but here is the kicker. That $38.8 billion of conservation spending by our federal and state governments yields $93.2 billion in economic output throughout the economy. So for every dollar of our public investment in natural resource conservation almost $3 is generated in economic activity. Given that, why would our government cut conservation programs? It makes no sense at all. None. I keep hoping that our legislators will get it, but they won’t.

If we break things down to the state level, California gets the most federal and state money for natural resource conservation ($4.3 billion) and this generates 57,256 jobs in California. Given that you would think that their state legislators would understand the value of wildlife to their state. Then again, we’re talking California, where legislation against wildlife, against hunting that generates money to manage wildlife, has been passed for many years. The state is in debt to the point of bankruptcy, but they still persist in unnecessary wildlife legislation that will cost the taxpayers more money. .

Last month, Governor Brown of California signed a bill to further protect mountain lions. Let’s look at the history of recent lion legislation in California. In 1990 citizens passed a referendum in 1990 making mountain lion hunting illegal. Thereafter mountain lions could only be killed with a special depredation permit given because lions killed livestock or pets. More than 200 such cats were killed in 2004, and 55 such cats were killed in 2011. Under the 1990 referendum, lions could also be killed “to preserve public safety.” Under this “public safety” provision only a few mountain lions were killed each year. So, the revenues and jobs generated each year from mountain lion hunting with dogs was lost for good.

Over the ensuing years several things happened. More people ventured into mountain lion habitat as interest in hiking and biking grew. In addition, more lions moved into people habitat as lions grew less fearful of people. There were some lion attacks on humans and there were some human deaths.

All of this cost the fish and game agency more money and time. When a lion exhibited a potential safety problem, it was relocated or killed. However, the game agency was walking a thin line. The urban public liked lions and did not like killing them. So, one mistake by fish and wildlife and things would change. That happened in November of 2012.

Two small lions were found under a porch in Half Moon Bay and the fish and wildlife agency personnel (I assume conservation officers) killed them. The problem was that these two “subadult” cats were not subadults, but rather young of the year. They were starving, and maybe this would lead to safety issues, but as young of the year, this was probably not the case. Thus, the killings triggered public outrage and led to the recent passage of a new law that now puts further restrictions on the fish and wildlife agency. Relative to safety “imminent threat” now means a situation where a mountain lion exhibits aggressive behavior toward a person that is not reasonably believed to be due to the presence of responders. The new law defines “nonlethal procedures” as procedures that “may include, but are not limited to, capturing, pursuing, anesthetizing, temporarily possessing, temporarily injuring, marking, attaching to or surgically implanting monitoring or recognition devices, providing veterinary care, transporting, hazing, rehabilitating, releasing, or taking no action.”

The bottom line is that dealing with a lion problem, or potential problem, will take many more man hours and fish and wildlife agency money, to handle. Is this requirement needed? Who knows? But it is a sign of the times. A sign of continued change in how some people view wildlife, and that view forces those in charge of management to change what they do. Nowhere is that more prominent than in California. But such changes will continue in other west and east coast states, and move inland as we become more and more urban and people become less and less knowledgeable about wildlife.

We see a disconnect with animals and real nature more and more. Consider private citizens who feed feral cats. These cats are reservoirs of disease, and they kill millions of songbirds each year. In reality these cats need killed, but citizens continue to perpetuate the myth that spaying and neutering feral cat populations will solve the problem. City and town legislators buy into this myth and spend “our” tax money on programs that do not work.

Get used to it. That public disconnect to real world wildlife situations will get worse. Hunters have been the answer to many such problems over the years, but that is changing too. In some areas, there are not enough hunters to legally keep deer herds under control.

I don’t want this to sound like a “doom and gloom” column, because there is obviously lots of great hunting out there. But over the next fifty years or so, our hunting situation will continue to slide, bit by bit. Sometimes those changes are so slight that they are not noticeable. However, they are happening and society is not the same as it once was. Changes are happening, and they impact non hunters and hunters alike.

The Pope & Young Club – Much More than Bowhunting Record Keepers

My Turn: Making 5 Arrows In 7 Minutes