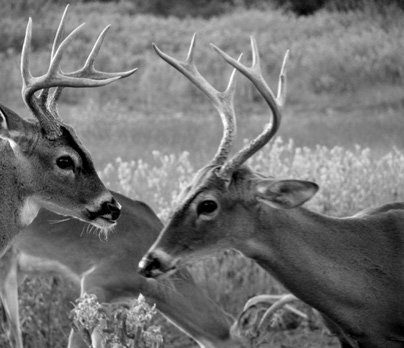 New research out of England confirms what I have been teaching for over two decades. We all have a smell that is uniquely us. It may be as defining as your fingerprint or DNA. Your smell is you.

This is acted out every time a tracking dog is imprinted with the smelly clothing of a bad guy and tracks him down. The escaped convict, Cool Hand Luke, was caught because he had a bacterial signature that the dogs could follow. We all have this unique signature and a deer can smell you as well as a bloodhound.

The smell originates when human specific bacteria, which lives on our skin, eats dead skin cells. That is the source of most of human odor. Ever sit next to a Black Lab whose farts smell like death after he has eaten a rotten groundhog? The human specific bacteria that lives on your skin smells that powerful to a deer. It is their job to smell you. God gave them a nose to detect their primary predator…bowhunters.

Recent research suggests that although we each have countless billions of skin cells. It appears that we have over ten times as many bacteria living on our skin as we have skin cells. The same body of research from Europe has determined that we may have over 500 species of bacteria living on the surface of our skin. Earlier research had identified only 81 species. Each bacterium is busy promoting a symbiotic relationship with your skin cells as they consume them.

Now that you understand where the stink comes from lets discuss how to control it.

Hunters have been sold a bill of goods that contends that spraying some baking soda dissolved in water (most sprays are just that) will solve the odor issue. As you would guess, there are no simple magic bullets.

The group of scientists at ATSKO has developed a scientific answer to eliminating body odor through simple safe science. It uses a three-step approach. First, their solution, called N-O-DOR spray, uses the science of oxidation to kill skin surface bacteria and thereby eliminate the body odor that deer smell. Oxidation is nature’s way of destroying bacteria.

Secondly, human specific bacteria thrive within a narrow range of pH. N-O-DOR also temporarily alters the surface pH just enough to hammer the bacteria into submission. In addition, for the third hammering, N-O-DOR relies on a safe bactericide that crushes the bacteria once it is down. Simple science brought to bear on the real root cause of human odor is the answer.

Just this year the science team at ATSKO repackaged a new strategy for controlling scent so you can be scent free in the whitetail woods. It is a refillable N-O-DOR spray pump bottle with enough activator and solution to mix up a season’s worth of spray…over a gallon. It is packaged with Sport Wash Hair and Body soap and enough Sport Wash detergent to last you a complete season.

Go to Pro-Pump Spray Kit and get ready for those amazing whitetail noses.

Double the Fun with These Ladder Stands

Don’t Leave Your Feet Out In the Cold This Winter