A Good Defense AND a Good Offense 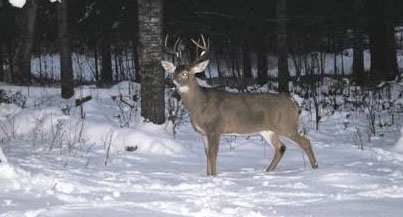 An old football adage states that offense sells tickets and defense wins championships. Those who remember when bowhunting was a new and growing autumn recreation might also remember the NFL for renown defenses like the Doomsday, Killer B’s, Steel Curtain, Orange Crush, Fearsome Foursome, Purple People Eaters and Monsters of the Midway.

Over my nearly 40 years in the shooting and hunting world, I’ve engaged in the ongoing “battle” to save our hunting traditions. Looking back, it’s clear that our strength has been on the defensive side of the ball, much like the NFL teams we admired.

My experiences started when animal-rights activists protested bowhunting in the 1970s and ’80s by claiming archery gear couldn’t kill deer humanely. We instantly went on the defensive, reacting with outrage and indignation at these attacks on deeply rooted American values and traditions. 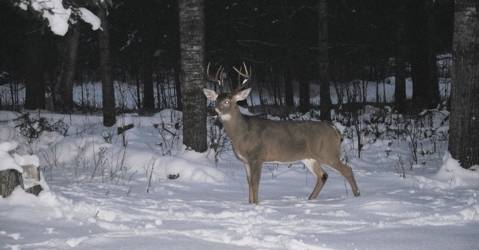 The 1990s found us defending bowhunting in courts, state legislatures and city council meetings. The costliest challenges were ballot measures where anti’s put hunting methods before the public for yes-no votes. Again we rallied our shooting and hunting troops, spurred by outrage caused by anti-hunters distorting aspects of hunting that are difficult to explain to naïve urbanites. Slowly but surely we established the importance of hunting, especially in areas crowded with people who like having deer around, but not in destructive, overwhelming numbers.

Those challenges forced us to be less defensive in public debates with animal-rights leaders. Instead, we used these forums to try to win the public’s hearts and minds by focusing on the merits of our arguments. During a debate with Wayne Pacelle (now the CEO of the Humane Society of the United States), I found myself re-examining everything about hunting that I had long taken for granted. I found ways to discuss hunting in an appealing and convincing manner. I also dealt directly with stark images of hunting that are hard to explain, as well as the emotional arguments against killing sentient beings.

Over the past 10 to 15 years, our defensive strategies won big, especially with bowhunting. Urban bowhunting, coupled with many courtroom wins, has muted anti-hunters as most people learned deer and other wildlife must be managed with lethal means. Communities are increasingly comfortable with bowhunters quietly removing deer — at their own time and expense — from parks, airports, and neighborhoods in metropolitan areas and many smaller communities.

What now? Do we simply remain vigilant, watch for the next anti-hunting attack, and then mobilize our forces to stamp it out? That would follow our pattern, which was to defend and protect our rights and heritage. But as I reflect on recent decades, I fear portions of the public see us as angry old men who are unyielding and impatient with those who don’t understand or embrace shooting and hunting. I’m sure some urban residents view our traditions as antiquated or downright foreign, and think we defend our beliefs just as emotionally as those who attack us.

Therefore, we must go on the offensive. We cannot sit back, wait for the anti-hunters’ challenges, and then respond defensively with indignant fury and outrage. Taking the offensive is simple: We must show people that archery is fun and exciting, and that bowhunting offers satisfaction and spiritual values. In other words, let’s bring archery and bowhunting into the mainstream of American life and help people enjoy our sports much like they enjoy golfing, fishing, hiking/walking and any number of ball sports. A few years ago our ATA Outreach staff coined this phrase: “Taking Archery into Communities and Communities into Archery.” That’s apropos for when we take the offensive.

By aggressively recruiting people into archery the past 10 years, we’ve slowly and confidently built support among mainstream demographic groups we seldom encountered in the past. For example:

In the past month, the ATA (Archery Trade Association) — together with our member companies, partner organizations and state agencies — launched a national campaign to establish archery as a brand that resonates with a large cross-section of people. Using the phrase, “Release Your Wild,” we’re using all forms of social media to create intrigue and build interest in archery. 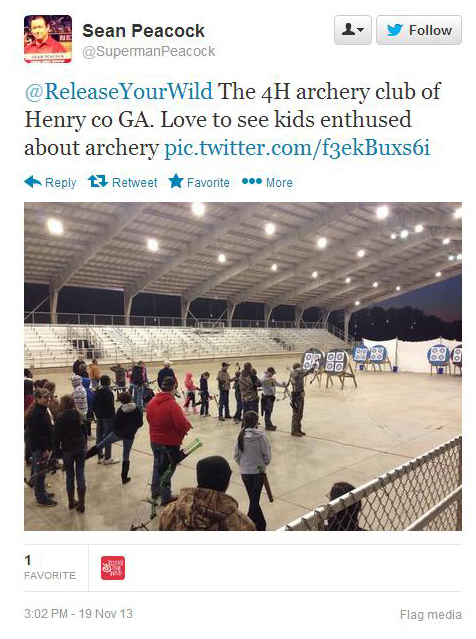 Our primary target audience is 11- to 18-year-old boys and girls, and we’re reaching them through their preferred means of communication: Facebook, Twitter, Instagram, Vine and other digital tools.

By viewing this archery campaign and existing recruitment programs as a two-pronged offensive strategy, you can see we do more than move the ball downfield. We also score points by building support for archery while boosting participation rates. Our long-standing goal of increasing participation in archery and bowhunting remains intact, but we’ve adopted an extra goal to get people talking, thinking and sharing thoughts about archery. In many ways, the Release Your Wild campaign establishes archery as a mainstream “brand,” and then works to make the sport stimulating, intriguing and interesting to as many people as possible.

And we’re doing all this in an electronic digital environment. By making archery a hot topic in digital conversations, it will live in that 24/7 world where people learn news moments after it happens, and see events within minutes of when they occur. When “archery” is a recurring word in this environment, it will have meaning for most people, whether they shoot bows and arrows or not. As such, it will be part of mainstream life. And, most important, this provides a strong offense that scores points with a balanced approach that not only protects and defends, but markets and promotes archery.

This approach mirrors today’s NFL, where new rules allow great offenses to consistently beat good defenses. Many games are won by whichever team has the ball last, which makes football even more fun, exciting and stimulating.

To be sure, defense remains important, but balanced teams find more success than the old, tradition-bound, defense-first squads. I intend for archery to keep evolving like football to ensure we achieve the same level of success.

Beginning Bowfishing Tips From A Beginner