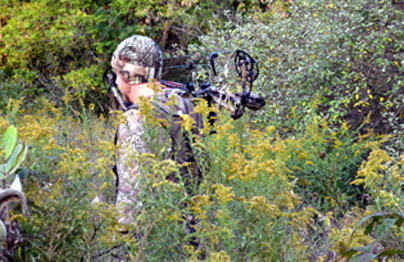 Now that we’ve got everyone’s attention, most are thinking sign me up. What magical career could this be? Where someone is told to show up late, and then leave early? Well, many years ago hunting was a career; now it’s a pastime for most, a way of life for some, and a career for very few. But… anyone who is a hunter can still live by these words.

With more and more emphasis being placed on the sanctity of stealthy entrance and exit routes, we want the hunter to consider another option- arrive late and leave early.

Arrive Late:
When embarking on a morning hunt, depending on the location, it may be best to wait until first light to best access the stand. When hunting near a food source, quite often well intended hunters will “clear the fields” by alerting every deer to their presence while sneaking into their stand. Often these food sources have deer feeding in them and in the dark, it is darn near impossible to sneak in without bumping deer. When hunting food sources, try waiting until visible light and then sneaking into the stand. There may be deer feeding in the areas after first light, but at least the hunter will be able to see them and formulate another plan. Nothing ruins a good location quicker than bumbling around through the darkness and scaring deer out of their feeding areas.

The “arrive late” idea works well when hunting feeding areas. When hunting a bedding area or travel corridor in a morning hunt, be sure to get out well before sunlight. Some experts recommend at least three hours before the sun rises just to be safe. Even then, especially in the early season, the chances of beating that wise old buck back to bed are slim. But… if trail camera photos indicate that the buck is traveling to his bedding area during shooting hours, then by all means get in there early and kill him. 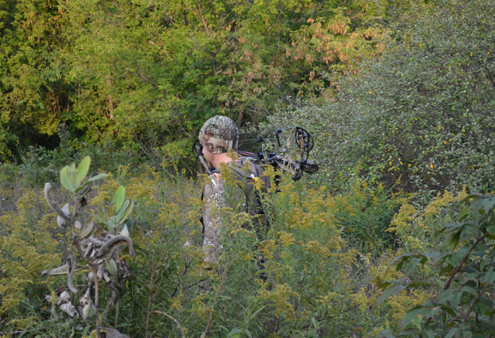 Leave Early:
I can’t recall how many times in the past I would “sneak” out of my stand in the evening only to bump deer on the way to my truck. Or, get stuck waiting an hour after dark for a deer who showed up at last light to wander away. At the same time, I’m trying to hide the foreign glow of my cell phone, assuring my panicking wife via text message that I am OK. Sometimes these intrusions are inevitable, but consider this. If it is dusk, and there is no sign of deer anywhere, then leave early. Once again, use the feigning light as an advantage and visually scan everything while sneaking back out. This will eliminate the tedious hour long sits after dark, reduce deer getting bumped on the way out, and also eliminate the temptation to take an unethical twilight shot.

Remain Invisible:
Remember, the name of the game when deer hunting is to remain invisible. Bucks do not have a lot of tolerance for a hunter. With a healthy scent control regimen and a little common sense, invisible hunting is possible. Use trail cameras and woodsmanship to help locate deer and their movement patterns. Use natural light as often as possible to travel in or out of a stand. With this “outside the box” approach to entering and exiting stands, we’re willing to bet that hunters chances of success will rise.