by Justin Neal
in Bowhunting Posts
0 0
A A
0 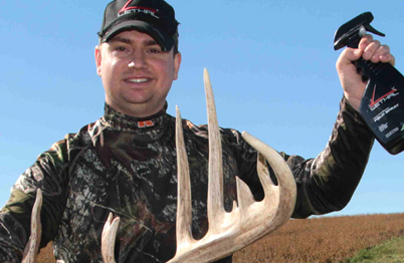 Lethal Scent Elimination, the latest in human scent elimination technology is pleased to announce the outcome of the video contest that was ran late summer of 2012. The contest, facilitated by Lethal and Midwest Whitetail Adventures, invited current and future users of Lethal from around the country to submit a short video on how they use Lethal Field Spray in other ways other than hunting and appear on Lethal’s social media outlets.

The video contest began in July with the goal of uncovering some unique and fresh media ideas that is away from the stagnant norm of sitting in a tree-stand or blind. During the eight-week run the response was overwhelming with a significant amount of entries but one video rose to the top and was declared the winner by a third-party focus group. The video, submitted by Anthony Kleinwachter of Fargo, ND was comical, witty and extremely creative: 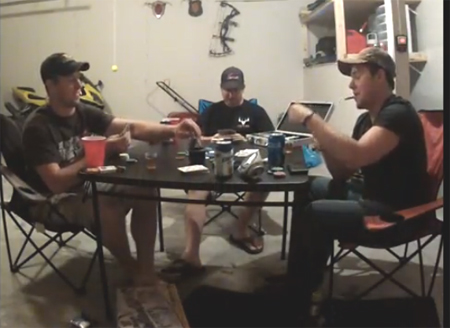 CLICK HERE to watch  (Disclaimer: Lethal does approve of nor recommend the consumption of any of its products. All of Lethal Products are for external use only.)

“We were thrilled with the outcome,” said Steve Davison, Owner of Lethal, a division of parent company Clean Control Corporation. “Lethal is like no other product on the market, it truly does destroy odors. Like Clean Control’s core product, OdoBan, we’ve been destroying all-types of odors for over 30 years. This contest was a way to prove that Lethal is no different, there isn’t an odor it can’t destroy and if it can destroy some of the odors that were in these videos, it most certainly can destroy human odors.”

The prize package itself would have pleased Anthony enough but that’s not the end of the story:

October 25th the owner of Midwest Whitetail Adventures, Mark Knight put Anthony in the right stand. With only minutes of shooting time left, Anthony heard two bucks fighting just out of sight, the first mature buck appeared (a 170 class deer) but, did not present a shot and ran off. Anthony heard the second deer coming straight downwind from his stand and it walked 20 yards out in front of Anthony without any hesitation, “It never scented me, never hesitated, never knew I was there,” said Anthony. Anthony Klienwachter released his arrow and later recovered a buck of a lifetime, a green score of 187. Truly a hunt to remember.

“I cannot begin to thank Lethal and Midwest Whitetail Adventures enough,” said Anthony. “I’ve been blessed to have had such a wonderful opportunity and I’m a firm believer that Lethal had a lot do with that deer not spooking or winding me.” He continued, “What a great product and company, everyone at Lethal and Midwest Whitetail Adventures have been absolutely wonderful and have made all my hunting dreams come true. I’m honored to be part of the Lethal family now.”

Customize Your Crossbow with the Carbon Express Intercept

Customize Your Crossbow with the Carbon Express Intercept

Why is Deer Vision Overlooked?