by Robert Hoague
in Bowhunting Blog, Deer
0 0
A A
7 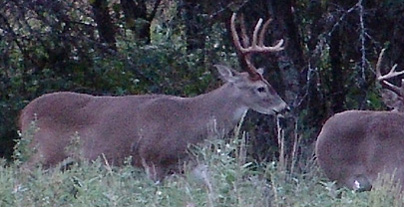 This year, 2013, made the 4th year I had watched and hunted for a wide racked buck I nicknamed Number 9.

The first time I saw Number 9 was in 2010 after he lost his velvet in mid September. He sported a wide, tall tined rack with a very recognizable shape. He had 8 points with the addition of a short point on the end of his right main beam.

To get a handle on where he was coming into the area and where he went once he got here, I put out Spypoint game cameras in 4 different locations. Plus, I placed a BuckEye Cam wireless camera in my food plot that sent pictures directly to one of my laptops.

Darn few pictures were taken on Number 9. However there were a few and they clued me in on a couple of places to set up to take pictures with my digital camera.

And on Opening Morning of our 2010 archery season I took my first picture of Number 9. I was set up in a ground bind to the North of the food plot. Several deer were spread out around the area and he went to every buck to make his presence know to one and all. 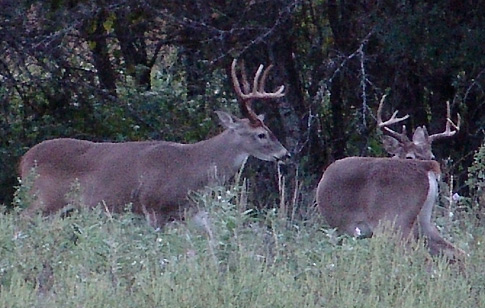 When I first saw him he was in bow range and I teeter tottered between picking up my camera or my bow.  I reached for my camera, after all there might be an even bigger buck around. Number 9 did not stay around for very long, and I didn’t see him for days.

On November 29 I saw him again and took his picture as he walked along the edge of the woods to the east. 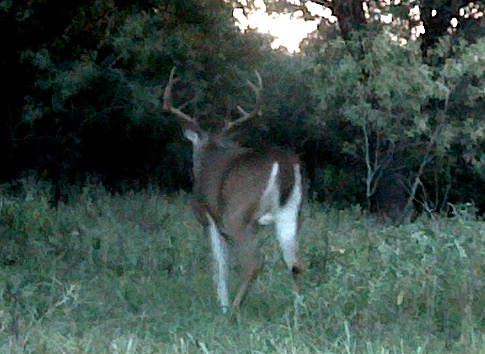 I had a couple of other sightings during December but none in bow range.

On February 19 or 2011 Number 9 walked in front of one of my Spypoint game cameras. This was over a month after the season ended and that meant Number 9 was alive and well. 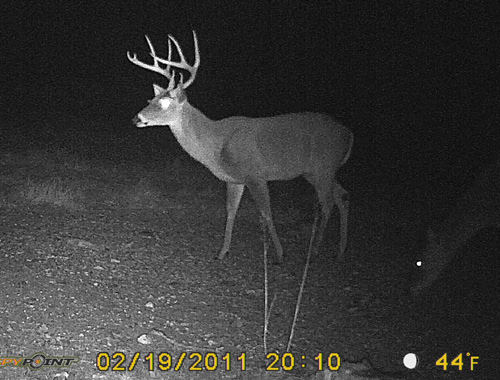 In the following months I kept an eye out for him and saw him a few times during October thru December of 2011 but never got a shot opportunity.

In 2012 I took advantage of last year’s sightings and adjusted my hunting places and got myself in his mix.