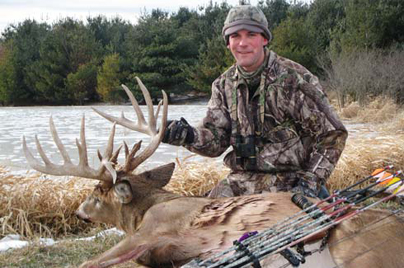 As many of you know, I taught in the wildlife program at West Virginia University for many years (30 to be exact). As a professor, your students are your heritage, and what they each do in their careers can be very rewarding for those who taught and guided them while they were in school. For me, that is especially true of Mark Duda. Mark was an exceptional student, who went on to get a Master’s degree at Yale University, studying the human dimensions of wildlife. From there he went on to start a company called Responsive Management out of Harrisonburg, Virginia. This company is an internationally recognized attitude survey research firm that specializes in natural resource studies. Mark’s company has done hundreds of human dimensions studies for state wildlife and fisheries agencies and is recognized as the leader in that field. He’s done well. 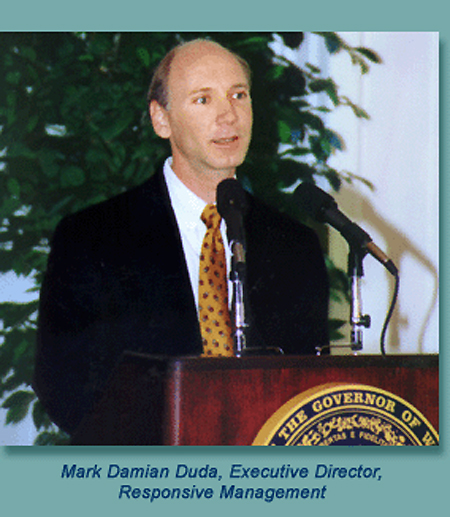 And so, when I see that Responsive Management has released findings in a new project, I pay attention, and what follows is another example of the work done by Mark Duda and his fine staff. They just reported on a survey that shows that meat is an increasingly important reason that hunters hunt. When asked what the single most important reason for hunting in the year prior to the survey (where respondents were asked to choose from a list of potential reasons including being with family and friends, being close to nature, for the sport/recreation, for the meat, for a trophy), 35 percent chose “for the meat”. In 2006, 22 percent of hunters made that choice. (By the way….. in 2006, no hunters surveyed selected “for a trophy,” and only one percent did so in 2013). That is a huge 13 percent increase in only seven years.

In 2006, hunting for recreation was the top motivator, but in 2013, meat was the top motivator. If we just pick one state, we can see how important meat has become as a motivation to hunt. In Georgia since 2004 the increase in hunting for meat has been 25 percent while all other reasons for hunting remained at the same level. We know that since 2006, hunter numbers have been on the increase, but why this motivation change? Why is “meat” becoming more important as a reason to hunt?

Mr. Duda believes that the recession and economy is the single most important reason for this change. Makes good sense. No matter how bad the job market, wildlife is still a sustainable resource available via hunting. There are lots of deer, and next year, even though we take thousands of deer and consume them for food, there will still be lots of deer.

There is another possible reason for this jump in hunting for meat. That reason is the locavore food movement (locavore—eating locally grown or producing your own food). I’ve written about this before, relative to urban bowhunting. More and more urban and suburban citizens are gardening and wanting to be responsible for getting their own food. Along comes a growing problem with urban deer. Along comes bowhunting as a way to safely control urban deer and with that non-hunting urban citizens are exposed to hunting. I’ve watched that happen right here in my own home town (Morgantown, West Virginia).

We had a deer problem. A huge deer problem. It took two years to get the citizens comfortable enough about safety from a bowhunt to a point where they allowed it to happen. Once it did, they learned several things. First, it was safe. Second, it eliminated some problem deer. Third, they didn’t see anything to make them upset. They never saw the hunters. They never saw gut piles. They never saw deer running around with arrows in them. And, their yard shrubs and gardens suffered less damage. 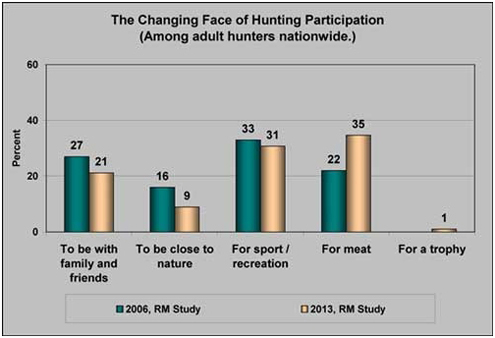 Apparently, when this happens, some of those non-hunting citizens, who prior to this never dreamed about hunting and some were even opposed, started thinking that they might take up hunting to procure their own meat. This has grown to a point where at least four new books are on the market discussing deer hunting by locavores. It is a growing movement and urban bowhunts are one way that locavores can get their own meat. It’s healthy meat with no additives, and the hunter can do it all by themselves for their family. Thousands are doing so.

Duda mentions the Portland (Oregon) Meat Collective and Art Institute that hosts events where participants learn from chefs how to butcher whole animals. He also mentions that Facebook creator Mark Zuckerberg intends to start hunting for his own meat.

I grew up in a family who ate wild game because we needed to do so. Times were tough and with four kids to feed on a limited budget, wild game and food from a garden was critical. Besides that, we liked it. We’d harvest the game; skin, butcher, and store it ourselves, then eat it during the year. Growing up, most of my friends and their families did the same. Interesting that today we’re starting to see that same motivation.

There is no question that many people who formerly had no interest in hunting, and may have even opposed it, are now doing so to connect to nature through the food they eat.

Regardless of the reasons, we are seeing more hunters, more women hunters, and a higher motivation to hunt for meat. That’s a “healthy” situation for many reasons in today’s society. Having more urban citizens understand the values of hunting, including meat, is good for the future of wildlife management. Let’s hope the economy gets better, but at the same time, we continue to get more hunters who value the meat.

The Story of One B&C Generation Next Winner