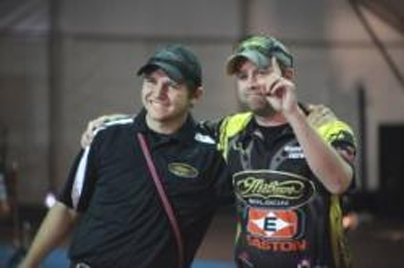 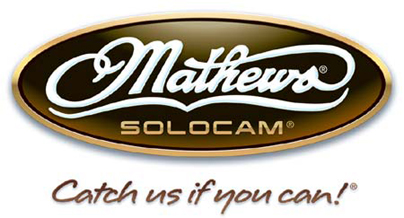 The 2014 indoor season kicked off in November in Marrakesh, Morocco with the first leg of World Archery’s Indoor World Cup. Archers from 16 countries attended the event in hopes of getting one step closer to qualifying for the Indoor World Cup Final to be held in Las Vegas this February; and Mathews shooters Braden Gellenthien, Bridger Deaton and Crystal Gauvin succeeded.

The Indoor World Cup tournament structure consists of a 60 arrow qualification round (inner 10 scoring on the Vegas face) followed by a match-play elimination round to determine final rankings. Braden led scoring for the men, ending in a 3-way tie with 593, while Lexi Keller coasted through qualification for the women after opening with a 294 front half. Day 1 concluded with the 1/16 round matches, which reduced the field from 32 to 16, and all Mathews shooters found their way through.

When the tournament reconvened for Day 2, 4 of the 5 Mathews shooters in the men’s class found themselves to be pitted against each other. Braden narrowly edged out 14 seed Joe Wilkin in a shootoff and the same was true for Ruben Bleyendaal in his faceoff with Michael Cauwe. Bridger moved through his match quite decisively at 7-3. On the women’s side, Lexi and Crystal won their way into the final 8 while Sarah Prieels fell short. Bridger and Braden continued to navigate through their 1/4 and semifinal matches, punching their tickets for the gold final while Crystal did the same on the women’s side.

In the women’s gold final, Crystal tied Netherlands top ranked archer and forced a single arrow shootoff to determine the champion. Hanging tough, she and her Apex 7 shot a nearly perfect arrow to clinch first place. Despite only having competed in archery for just under a year, Crystal is proving herself to be quite a fierce competitor on the international level. Crystal told us that, “Even though I may be rather new to archery, I have a lot of experience in national-level swimming competitions. I feel like a lot of the mental skills that I learned from swimming will be transferrable to archery and will help me to shorten the learning curve to achieving success!” And we agree!

On the men’s side, Bridger and Braden went back and forth several times in their match and after the 15 arrow regulation, they found themselves deadlocked in a 5-5 tie. Braden’s experience proved a great advantage as he was able to edge Bridger out by less than a shaft-width to claim the gold. “Bridger and I had trained together all week leading up to this event, so we knew exactly what the other was capable of. I think this really helped us, as we had constant encouragement and support from one another. We got our Conquest 4s shooting incredibly well, ironed out a few form flaws and were ready to give the tournament 110%,” Braden told us. Bridger added, “I’m really excited to be a part of the Mathews team for 2014 and beyond! I feel like I’ve had a seamless transition to the Apex 7 and Conquest 4, with a first place showing at the 25M Tournament at ALC and now a 2nd place medal in Morocco. I’m stoked for the rest of the season and can’t wait to see what I can accomplish with such great technology in my hands!’

For more in great archery products go to: Mathews