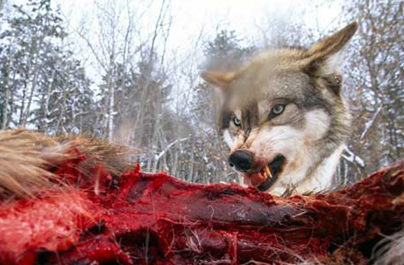 Surfacing this week are two seemingly unrelated events, but both carry the glaring theme of the federal government’s gross intrusion into the private lives of families and into the workings of local and state governments nationwide. The long tentacles of the US Department of Justice appear to be stifling parental dissent against Common Core, while the US Department of Fish and Wildlife continues to force predatory wolf packs into already inundated Western rural communities and wilderness areas.

The recent disappearance and death of two female hikers in and around the Boise, ID Craters of the Moon hiking trails are causing outrage among residents who fear a massive scale cover up of what really happened to the two women. The body of Amy Linkert has been found, but attempts to find out what really happened to Dr. JoElliot-Blakeslee, an employee of the Oregon Dept. of Corrections, are hitting major stonewalling by authorities who should be in the know.

Retired US Fish & Wildlife Biologist Jim Beers (jimbeers7@comcast.net) and other area citizens fear that a marauding wolf pack or other predators like a bear or a cougar may have attacked, killed and eaten the women. “Distortions of the evidence to exonerate the wolves” may serve the larger aim of the feds who want the Gray Wolf to remain listed on the Endangered Species registry. Local residents want local control of wolf packs; they are demanding that wolf packs in their local zones be kept under jurisdiction of their local authorities. But the back story really may involve a federal effort to push Western ranchers, homeowners, hikers, and nature lovers indoors and off of ever shrinking American lands in order to give more control to the federal government!

US citizens nationwide are being urged by Western residents to comment at this address: http://www.regulations.gov/#!docketDetail;D=FWS-HQ-ES-2013-0073 by the December 17, 2013 deadline for public comments. Two talking points include the fact that the Gray Wolf is not in danger of extinction. In fact, populations now far exceed the numbers originally proposed for the recovery effort. Beers warns that wolf populations have inundated the states of MT, ID, OR, and WA. AZ and NM are slated to receive more wolf populations, courtesy of the feds, and CA, CO, UT, & TX are facing forcible injections of wolves. Very dangerous wolf-hybrids are being sighted from IL, MO, and the Dakotas into OH & PA!

A second example of federal takeover comes from a Tea Party bulletin received by CiR this week. The bulletin postulates that the US Dept. of Justice contacted the Volusia County Florida school district “over safety concerns due to parent protest and had the school board cancel the meeting!” Parents were planning to protest the school board’s adoption of a World History textbook that features over 30 pages of flattering Islamic history and religious ideals but includes next to nothing of like density for Christianity or other world religions. This World History text is part of the mandated Common Core standards developed and “sold” to unsuspecting local school authorities only too eager to take the federal dollars they now are learning have attached many long tentacles of federal control. The unsuspecting parents who found out what was going on, initially from one mother’s Facebook posting, rightfully are upset, yet now may not get their voices heard due to alleged pressure from the DoJ. You can go to http://myvolusiaschools.org or call them at 386-734-7190 to find out if the parents’ concerns will be heard by their elected officials. Remember, apathy is what got us to this point in American history.

Will anyone be around to speak out for you when they come to your schools, or your outdoors nature trails?

For more on the wolf problem go to: Lobo Watch by Toby Bridges