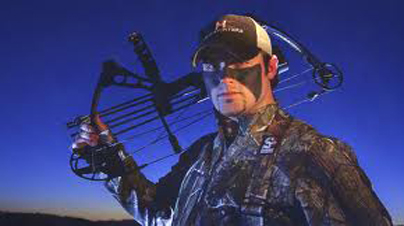 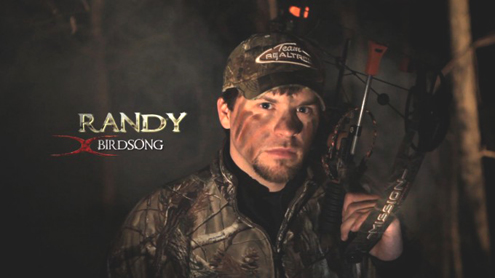 Back in August I had the great pleasure to interview Randy Birdsong, lead man for the show HeadHunters TV seen weekly on the Outdoor Channel. I find the show different than the other hunting shows, not only showing me the hunts but what it takes to make a show like this and bring it to the air. Whether it’s speaking to a sponsor, seeking advertisement or air time it is shown. The show’s popularity seems to have taken off quite well and this was reflected at the 2013 ATA Show which displayed huge pictures of each of them. A great accomplishment for only two seasons.

Randy was introduced to hunting by his father at an early age, it must have been awfully early in his childhood because he said his dad would carry him out water fowl hunting in a five gallon bucket. Then at the age of 16, Randy said he had a growing obsession with whitetails and living so close to the Illinois border found himself heading there and shooting some nice size deer. In the following years, Randy wanted to continue living the hunting/outdoor life and be like the hunting heroes on TV he had watched growing up. Several years later he got his first start both as a videographer and hunter with Whitetail Freaks when they came on the scene with their extreme videos. Making friends along the way Randy wanted to do more in the industry but first had to pay his dues.

In 2011 Randy got his opportunity to start HeadHunters TV. The show also stars Nate Hosie, who plays guitar and sings, Troy Ruiz, who was a 911 dispatcher but now has a full time job working in the hunting industry. The video guys Steve Phillips and Jon Skidmore also receive plenty of air time and Randy says their talents are unmatched. 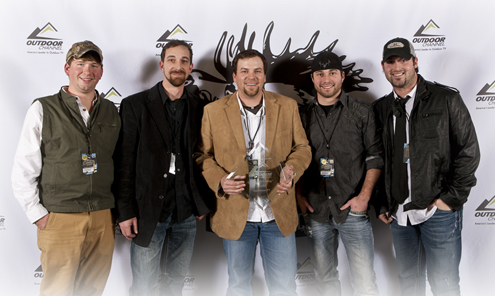 Randy says seeing their cutouts at the 2013 ATA Show hanging in the vestibule was very humbling to him and the others. Knowing they have worked hard and dreamed of being at the top one day. I asked Randy what keeps him focused and motivated. “Keeping it real, treating all people equal and never lose touch with your roots.” Not an easy task to do when you are on the road as much as people in this industry are.

I asked Randy about the hunting pressure to get that big deer. Randy explained to me that this is a big misconception. It isn’t getting the biggest deer that is most important but, delivering from all ends. Competition is high right now and people are standing in line to take your spot. If he had to say the biggest thing is keeping everyone happy overall. You have to believe in what you do and promote it.

Randy would agree the overall archery community may seem big but is a very small industry. Randy also spoke highly of the companies and people that are part of this community. It seems like a big monster from the outside and once you’re in, it really is a very small community, Randy explained.

I asked Randy where the future of HeadHunters TV may lead them and he felt they need to just continue to roll with the punches keep producing shows that people like and believe in. Maybe highlighting more of Nate’s music talents. The bar is always being set higher and spends time lying awake at night thinking what they can do better and do differently.

In closing Randy wanted to say thanks to everyone that support the show and keep in tune watching the show and participate on social media with them.

Leupold Named Official Optics of The Boone and Crockett Club