The Birth of the Lumenok 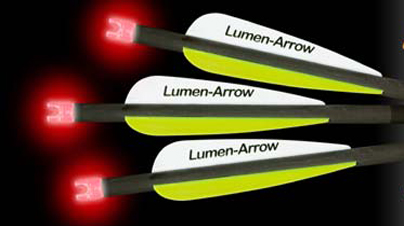 I was headed out one cool November morning in 1998 with a plan to outsmart a mature whitetail buck. But what happened changed my life forever.

I had set up on a large patch of CRP that bordered a timber. My plan was to watch for bucks cruising the woods looking for does and then rattle and grunt them into bow range. Just at opening light I saw a decent buck around 130 inches come into view. I picked up my horns and gave him a little rattle and then a couple of soft grunts. As I watched, he immediately turned to go down wind of me just like I thought he would. My stand was on the inside of the timber on a hill so my wind would go out above any deer approaching from that direction.

He came right to me like I had planned. I started to draw my bow and the buck caught me in mid draw. I managed to get to full draw and this buck and I began a stare down. As he was locked on me, I was centering my pin on him. I released my string and the arrow, I thought, went over the deer’s back but it happened so fast I wasn’t really positive where the arrow had gone. The buck didn’t stick around either. After a while I got out of the tree and went searching for my arrow so I could figure the shot out. It took forever to find my arrow but when I did it was obvious I had completely missed the buck.

This got me thinking about how great it would be if there was a way to see, exactly, what the flight of the arrow was at every shot. Why couldn’t you put a light on the end of the arrow to help see, not only where the arrow went but also help you retrieve it? On the long drive home all I could think about was how we could do that. My first thoughts were using chemicals but I stopped by my brother’s Eric’s house, brought my thoughts and he suggests using LED lights and batteries. Brilliant! The Lumenok was born.

So Eric and I go out to the closest Radio Shack and buy what we needed and got to work on our idea of a lighted nock. Like most inventions we had some trial and error but eventually we had designed a workable lighted nocks of our own design. We began by shooting targets and then started shooting deer with them and along the way we were constantly tweaking and improving our design. It took about 4 years and 17 different prototypes but we filed a patent in 2002 and began production of our Lumenok Lighted Arrow Nock.

Soon, archery retailers everywhere were selling Lumenoks and by 2004, Cabela’s and Gander Mountain were also selling Lumenoks. Sales were so brisk I had to quit my job as a Union Electrician so I could devote more time to our company. After millions of nocks later and numerous competitors we are still considered the leader in the lighted arrow nock market. Most of our competitors use bobber lights in their nocks, and there is nothing wrong with that, but they are just not bright enough to see in broad daylight when most shoots are taken. Lumenoks are bright enough to see under all lighting conditions which we feel is obviously mandatory.

Lumenoks are also made in the USA and are made out of real arrow nocks and don’t have big holes that will weaken and break. Our competitors say things like, the most accurate, the lightest, most sophisticated but we know at Lumenok we just are the Best! We know, and our customers confirm, we are the brightest lighted nock available and we know ours is the strongest and will last the longest and that is the mark of being the best. 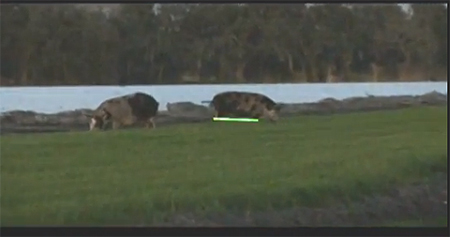 For more please go to: Lumenok