by Rick Mowery
in Bowhunting Posts
0 0
A A
3 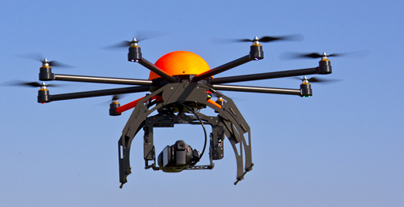 “Maybe its time for each hunter to quietly consider what Fair Chase means to them personally. Have we really come to the point where we no longer want to hone our skills as woodsman? No longer respect the knowledge of the great hunters who fought to allow us the opportunity to hunt? No longer care enough about the animals we pursue to learn their habits or take the time to even look for them?”

When I was a young boy learning to hunt under my fathers watchful eye, I was taught to track, listen and be patient. I was taught to learn the habits of your prey and appreciate all “the wild things”. To be sure of your shot, one shot, one kill and many more lessons too numerous to mention. Pitting yourself against your prey, in their environment, was the thrill that made me want to bowhunt. It made me idolize bowhunters like Fred Bear, Jim Doughtery and Chuck Adams.

I have been a hunter since I was 12, a bowhunter since 14 and have spent nearly 20 years in the bowhunting industry. Every one of the lessons learned in my fathers shadow has served me well. One of the most important lessons was to understand that the kill is not the point, just the bonus. The active participation in an activity that stretches back hundreds of years.. to hunt, to be a bowhunter was and is “the point”. A badge of honor defined by the level of participation not by the amount of animals harvested.

What does it mean to be a “bowhunter”? Is it simply the method of harvesting animals? Or is it more? I believe that it is far more. I believe that the bow dictates the skill necessary to defeat the nose, the ears and the eyes of your chosen prey. Entering the animals “wheelhouse” requires you to respect that animals instincts and abilities. It also gives you an “up close and personal” experience that stays with you and changes you forever. Even if you never loose an arrow, that experience is the essence of bowhunting. A true bowhunter accepts the limitations that are inherent to this discipline… no, not just accepts, but cherishes and relishes the challenges it provides.

Bowhunting is not easy. It was never meant to be. It is a method of hunting that can put you in that “wheelhouse”, positioning you to have that life changing experience with a wild creature. But only IF you are willing to put in the work, yes bowhunting takes WORK. Removing the work removes the essence of bowhunting. The WORK is the very point that defines us as bowhunters.

From its beginnings, the Pope and Young Club established, defined and maintains an ethical code of hunting referred to as FAIR CHASE. The concept of fair chase bowhunting is the very core of the Club’s belief system and one of our major advocacy focuses.

The fair chase philosophy reaches to the very foundations of the hunting spirit; it should be a dominant factor in the personal hunting ethic of every responsible individual; it is key to bowhunting’s future with deep roots in America’s hunting heritage. 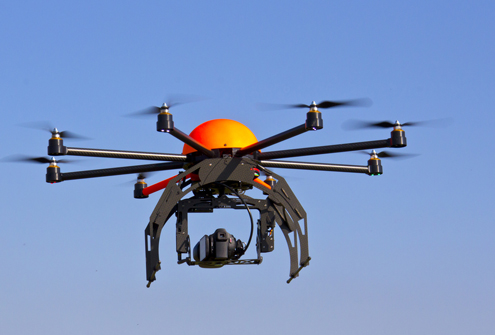 It came to our attention a few weeks ago that the use of drones to locate game animals was no longer a far off possibility. Turns out that the practice of UAV assisted hunting was very real and actually already happening. From an advisory and educational perspective, we felt it was valuable to articulate to the bowhunting community the Pope & Young Club’s position on the use of UAV’s/Drones to assist in hunting activities.

POSITION STATEMENT: DRONES
The core values of the Pope and Young Club revolve around the principles of high standards of conduct and ethics in our bowhunting lifestyle. The Club believes that an ethical code is necessary for all responsible bowhunters and is the key to protecting bowhunting’s future in our society. The concept of fair chase is a component of an ethical code. Simply defined, fair chase is the ethical, sportsmanlike and lawful pursuit of free-ranging wild game animals in a manner which does not give the bowhunter an improper or unfair advantage over the animal. In addition to following all bowhunting laws and regulations, adherence to the Rules of Fair Chase is required by anyone submitting an entry into the Club’s Records Program. Though such rules focus on the pursuit itself, the spirit of fair chase is an attitude and a way of life based in a deep-seated respect for wildlife, for the environment and for other individuals who share the bounty of our natural resources.

Drone/UAV-assisted Bowhunting:
Unmanned Aerial Vehicle Systems (commonly called “drones”) are familiar as a military aerial reconnaissance and weapons platform. They are increasingly playing a more popular role in civilian life. UAV’s have high potential to contribute to the fields of wildlife biology, search-and-rescue, agriculture and many other applications. However, use of these highly sophisticated remote-controlled aircraft to scout, monitor and stalk North American big game to aid in bowhunting activities is a fundamental violation of the rules of Fair Chase. The Pope & Young Club believes the use of this technology as a bowhunting aid represents a significant threat to fair chase bowhunting and fair distribution of bowhunting opportunity.

We urge all Pope & Young Club members to refrain from using Drones/UAV’s to locate, monitor, scout or stalk any North American big game species. UAV-assisted bowhunting violates the existing rule that states, “you may not use electronic devices for attracting, locating, or pursuing game, or guiding the hunter to such game.”

While the Pope & Young Club acknowledges the potential use of UAV’s for purposes of science and game surveys and even to attain non hunting shots such as scenery, etc. for outdoor television shows, we feel strongly that in order to protect the principles of fair chase and fair opportunity, UAV’s may not be used as a bowhunting aid. We have a responsibility to make sure that bowhunting remains a primitive pursuit involving woodcraft and skill, not merely exploiting technology.

Accordingly, P&Y supports efforts by state wildlife authorities to ban the use of UAVs to aid or assist in bowhunting.

Let me end this by quoting my father, “In all of God’s creation there is nothing to compare with the mystery of the wild. May we never fully understand these things least we become disinterested.” – Doulas F. Mowery

Established in 1961, the Pope and Young Club is a non-profit North American conservation and bowhunting organization dedicated to the promotion and protection of our bowhunting heritage, hunting ethics and wildlife conservation. The Club also maintains the universally recognized repository for the records and statistics on North American big game animals harvested with a bow and arrow.