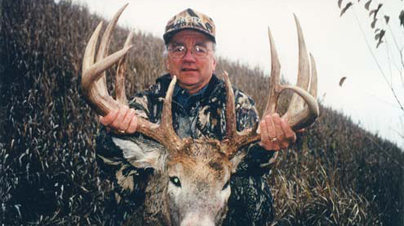 WTU award recognizes leadership and accomplishment in conservation, education, and the preservation of the hunting tradition.

The WTU Hunting Heritage award recognizes leadership andaccomplishment in conservation, education, and the preservation of the hunting tradition, the essence of the mission of Whitetails Unlimited.

“Dr. Samuel personifies the ethic of modern wildlife conservation, in every aspect of his life,” said Whitetails Unlimited President Jeff Schinkten. “He is an educator, author, activist, and hunter, and on top of it all he is a gentleman in the best sense of the word.”

Samuel has taught wildlife policy, habitat, and attitudes at West Virginia University for more than three decades, influencing several generations of wildlife professionals. He published more than 100 scientific papers, along with textbook chapters, symposia, and other professional articles, and also advised scores of graduate students through their individual research projects.

He has served on boards of national and international hunting groups, advised companies and agencies about conservation issues, and served on committees that dealt with myriad issues concerning conservation, hunting, and natural resource issues. In addition to scientific and technical writing, Samuel also is a prolific author in the popular press, with hundreds of columns and stories published over the years in dozens of the top outdoor periodicals in the country. In additions, he has authored many books and appeared on a variety of television shows, which all add to Dr. Samuel’s influence over millions of hunters and conservationists in this country.

“Dr. Samuel has received many honors and awards celebrating his influence throughout our industry, but his greatest legacy is his unwavering support of our natural resources, and his commitment for our children and grandchildren to be able to enjoy the great outdoors as we have,” said Schinkten. “We are proud to recognize Dr. David Samuel as our teacher, our friend, and our colleague, and we look forward to him leading yet another generation into the great outdoors.”

For more go to: www.whitetailsunlimited.com

The Move From Good To Great