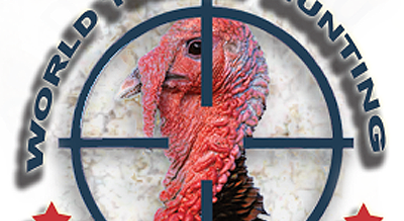 For the second year, The Flextone Game Calls World Turkey Hunting Championship (WTHC) will take place in La Cygne, Kansas, hosted by Wicked Outfitters April 14-17, 2014. Three-man teams will compete for over $50,000 in cash and prizes. The highly anticipated event pits the best against the best in the turkey hunting world in a friendly competition that has proven to be more than just a test of skill in taking wild turkeys. In addition to the two days of competitive hunting, the WTHC event will raise money for its charitable partner, Hunting4Heroes, and will donate hundreds of pounds of wild turkey meat to Hunt4Hunger.

“The World Turkey Hunting Championship captures the very essence of the outdoors, parallels the core beliefs of Flextone Game Calls and creates an undeniably exciting opportunity for us to share in the dreams of dedicated amateur and professional turkey hunters from around the world,” said Pete Angle, V.P. of Marketing for Plano Synergy. “We feel honored to partner with such a passion-fueled competition underscored by assisting our heroes who have sacrificed to keep us safe and helping feed the hungry. The combination of good old fashion competition, camaraderie and a great cause are the embodiment of who we are as outdoorsmen.” 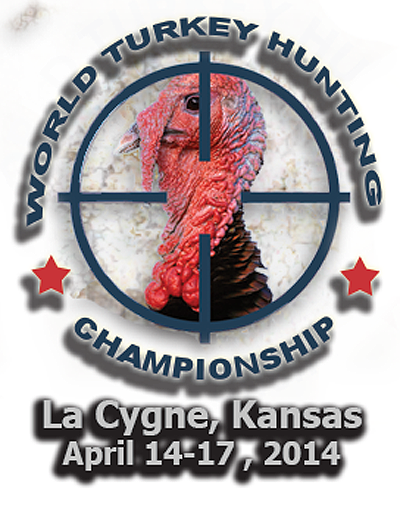 More on the 2014 WTHC:
The WTHC is limited to the first 50 teams who accept the challenge.
Beginning at 10am on April 14th, participating teams will draw for their April 15th “land units” (300 – 400 acre parcels on average) and will scout their property for the remainder of the day. The pre-competition scouting period ends at dark on April 14th. Each team will then proceed to hunt for 2 days (April 15th – 16th, sunrise to sunset) with the potential to harvest two “Tom Turkeys” each day per team. All hunts must be captured on uncut video footage revealing the kill shot and the hunter. After the two days of hunting, the team’s total scores will be tallied using the NWTF official scoring system. Five (5) bonus points will be applied to a team’s total score for each instance a team “doubles up” and five bonus points will be applied for each “bow” kill.

The team with the highest point total (using the NWTF scoring system) will be declared the WORLD TURKEY HUNTING CHAMPION, awarded $25,000, presented with the WTHC Trophy, Championship Rings and receive a WTHC Premium Prize Package. 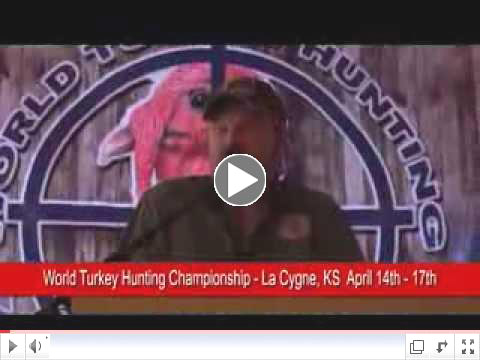 “I’m excited not only to be embraced with such a positive response by the hunting industry, but I’m grateful for the support from our title sponsor Flextone Game Calls,” said Bobby Pinson, founder of the World Turkey Hunting Championship. “I’m confident that Flextone’s belief in what we are aiming to accomplish with the WTHC, combined with their expertise and experience as one of the outdoor industry’s leading companies, is sure to prove to be a successful and beneficial partnership for years to come.”

For more information on the WTHC log on to worldturkeyhuntingchampionship.com

About Flextone: In late 1997, Tom Wiley, an avid duck hunter, decided to test some leftover surgical tubing that he used while working as a nurse to create a duck call. Everyone that heard this call were impressed at how the flexible tubing gave a truer, more natural sound by more accurately mimicking the soft, flexible tissue of an animal’s neck and tongue. From there, Flextone® Game Calls was born. Today the products have grown from a spare room in Wiley’s home to being one of the foremost manufacturers and distributors of game calls. The Flextone line has gone from just a few duck calls to over 100 products and gear for all types of hunting. These products can be found in almost 1,000 stores across the country. For more information on Flextone® Game Calls please visit www.flextonegamecalls.com or call 877.993.4868.