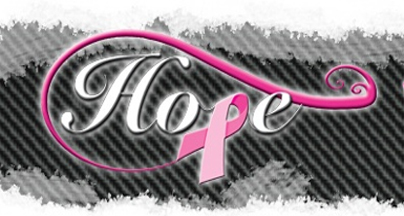 Strother Archery introduced the Allure in 2011 and quickly redesigned their

efforts of a women’s bow by releasing the Hope in 2012. The Hope’s design is very much similar to the Allure’s with the exception of several features. The most noticeable is that the bow features a fixed Super-Glide cable slide system instead of a moveable cable slide system as used in other similar style bows.

The company touts a simplistic design that improves reliability and is fail-proof in the field. However, in my opinion, this new Super-Glide cable slide caused the bow to be louder than the Allure and the area of string travel within the guide caused excessive string friction.

With that being said, I assure you that this feature was the only one I did not find practical or advantageous to the bows performance.

Another new feature is the incorporation of the Badger Cams on this model bow. The easy to tune power stroke dual cam system was designed to give the archery more yardage to the flight of an arrow. This advantage integrated with the fact that the cams require little maintenance equals reliability in the field.

the best limb design on the market. The special coating materials strengthen the limbs allowing for steady dimension and deflection tolerance eliminating issues currently seen with common limb issues in other brands.

The bare bow weighs in at 3.75 pounds measuring 34? from axle to axle giving the bow axis stability. The draw cycle of the Hope is smooth, having a solid back wall and an 80% let-off. The brace height is a forgiving 6.5 inches. The bow has very little noticeable hand shock or vibration.

The Hope bow that I field tested was set at 57 pounds with a 25.5? draw. I shoot the Easton Axis 500 with a 100 grain field point. When shooting this bow through a chronograph, with my arrow set up, the arrow speed was 282 fps. The factory test speed on the bow set up with a 25.5 inch draw at a 60 pounds draw shot at 297 fps. There is an IBO speed standard for this bow on the website but for benefit of this review it is moot for the fact the bow is not available in the IBO standard draw and weight.

The Hope bow is available in draw lengths from 24 to 25.5 inches and in draw weights of` 40 to 60 pounds. The color choices are Black Death, Predator 3D Deception and RealTree AP. The Strother Archery Hope bow has a MSRP of $799. Visit www.strotherarchery.com to find a dealer near you.

To All ARTICLES / GEAR REVIEWS By Ladies In Camo

And: Ladies in Camo

Africa-Third Times is a Charm - Part1