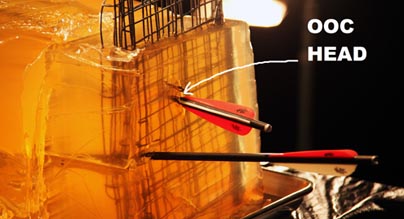 I thought Anderson Silva was unbeatable…then his leg broke like a 2-cent pretzel stick, plus he was losing the fight before the leg disaster. There is a lot involved in being the champion. In the UFC, you have to get through the gauntlet of amazing contestants to get to the top. In the broadhead world, you need to have blade integrity. Not all broadheads are championship material.

Last spring I set out to find out if there was an integrity champion among the broadheads we shoot. The testing we devised had never been done.  I decided to introduce broadheads to cage fighting. It was a gauntlet of steel wires. The test was fun to set up. We’d put the belt on a new champion. 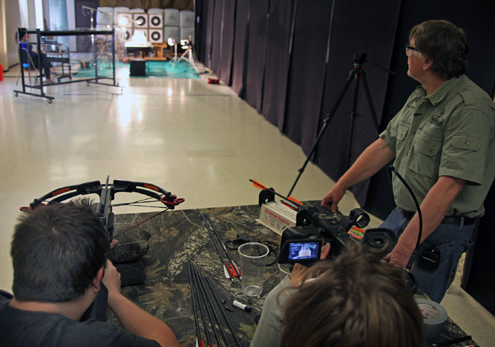 The broadhead team was working with me at PSE’s Tucson shooting lab. My friend Pete Shepley allowed me to use his shooting lab and his $70,000 digital slow motion camera to record the results. We chose to simulate the UFC cage with heavy galvanized wire panels layered into a stack of wire pancakes. We took this wire pad and cast it into military spec ballistic gelatin. It was awesome. It looked as if a .470 nitro express might blow through, but never a broadhead. 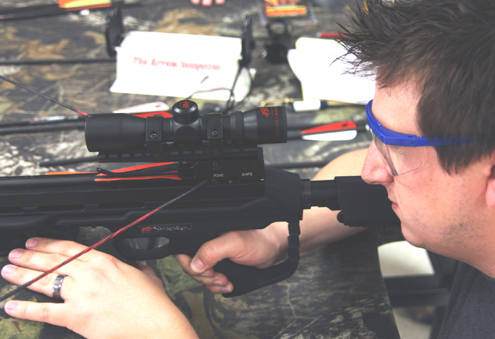 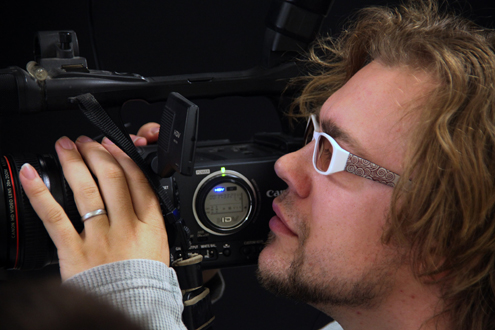 I have conducted more broadhead slow motion testing than anyone in the bowhunting industry so I knew that I might be surprised at the result. I don’t always accurately predict the outcome of these tests. This cage test was so bizarre that we spent a lot of time addressing safety concerns associated with making a series of shots indoors. You’ll note that Candice is behind a 4X8 sheet of one inch Plexiglas.

We made over 20 test shots at the matrix of heavy wire and gelatin. One thing I learned quickly was that brittle blades lose footing in a cage fight. Note the blade sticking out of the ballistic gel in the pic below. That blade is from an (OOC) open-on-contact head that many bowhunters shoot.

The winning broadhead relied on cryogenically tempered steel used in battle ready swords. The steel is hard enough to hold a superior edge but it is extremely flexible. I have bent these broadhead blades into curlicues with pliers and they refuse to break. The chisel bone cutter blades are reverse chisel sharpened, which allowed them to snip the galvanized wire while deploying the big cutter blades.

This is what a bowhunter needs if he plans on shooting animals that are made of flesh and bones. Sometimes it is important for a blade to cut through rib bones, flex around  big bones and still keep on cutting. Winning the cage fight was a big championship event.

Watch this 2-minute video and get educated on cage fighting broadheads. 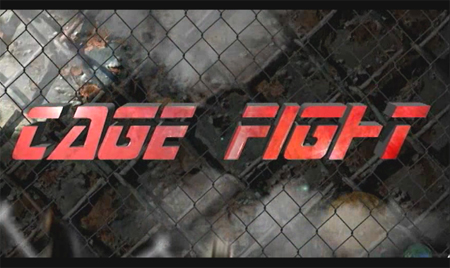 Check out more by going to: Swhacker Broadheads