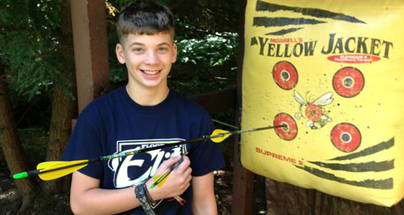 I enjoy cooking and sometimes use a recipe. Recipe’s are kitchen tested and often generate first-rate food. I’m wondering if there is there a good recipe for growing a bowhunter? The answer is yes and the primary ingredient is time.

We dads have all used the quality time argument when criticized for being too busy. You know, “I don’t spend much time but it’s quality time.” Here is a news flash, for a kid it’s all quality time.

I’ve been watching a friend unfold the recipe for making a bowhunter. It’s a recipe I want to review. Rick is my chiropractor and bowhunting buddy. He has a large family with six kids. He is also a boxing coach at a local university. I’ve seen him in action coaching boxers at fights with his son Rocco by his side. He also has been balancing his time at the bow range with Rocco, who is quite a good shot. Then they go out scouting on a property nearby after work. That takes time.

He then took him out bowhunting. Sometimes they sat in a blind and sometimes right on the ground. I’ve heard the stories. They had whitetail encounters and made memories together. Scouting thickets and walking out trails along side dad is special for a kid. Discovering the good spots together. Setting stands together and modeling the safe way to treestand hunt. Actually, they were always busy making memories. 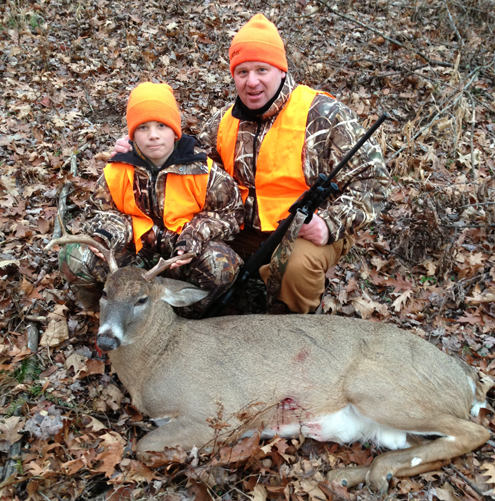 Then it all began to pay off. Rocco took his first rifle buck, then a buck with a bow. It was a special day for father and son. The forge was fired up, they were forging memories that last a lifetime. 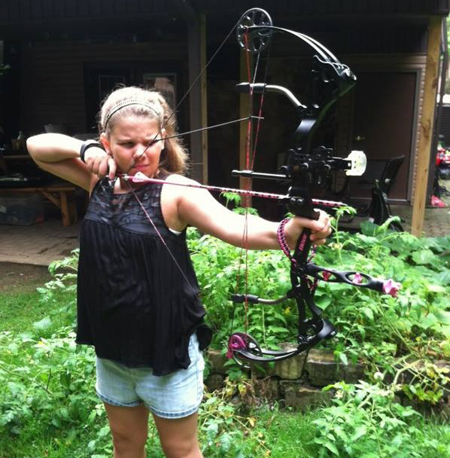 Here’s a novel idea that may work into your recipe…instead of running a shuttle service for baseball, soccer, basketball and track, consider spending time with your own kid. That coach doesn’t appreciate your kid as much as you do. These smiling kids won an archery meet. Parker won first place and got the shirt and Nico got a trophy. They were with dad. 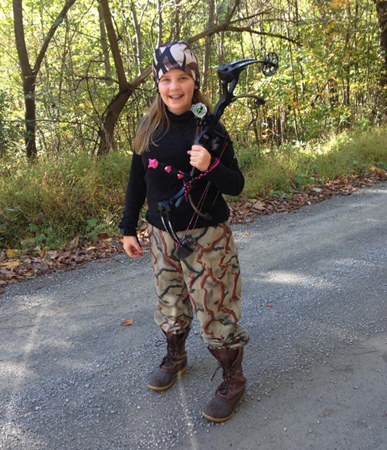 Rick did the same for Rocco’s little sister Parker. She wanted to spend time with dad and was excited to get her first bow and try it out. She was good and was soon sitting in a blind waiting for a deer with dad. They had one on one time with purpose. It was time together. Rick is building bowhunters one at a time. With six kids, he will need an entire bowhunting camp one day and that will be just fine.
I have observed that most kids are addicted to electronics, games, smart phones and texting. I believe that those kids may be filling up their life with stuff to replace the time they’d rather spend with dad. That recipe has one ingredient that some dads consider too expensive…time. Hope I making you think.

I have done few things right in my 28 years as a dad. One of them was spending lots of time with my kids; both quality and quantity. Rick Fanella is another dad that won’t look back with regrets. My granddaughter Bella took her first steps last night in my living room. Don’t blink. We don’t get a re-do. Kids need dads. If you don’t have a kid…go find one, they are everywhere, just add the most important ingredient.