by Robert Hoague
in Bowhunting Blog, Wild Hogs
0 0
A A
5 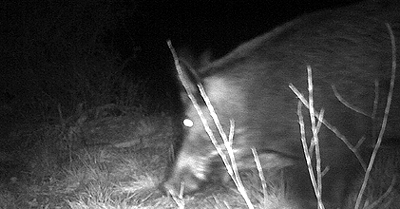 When I got home after dinner at the 36 I put an SD card in my laptop, I had picked it up earlier from on of my Spypoint Trail Cameras but did not have time to look at it yet. Of particular interest, were these two pictures taken from the same place. First, this black boar, a decent sized wild hog. 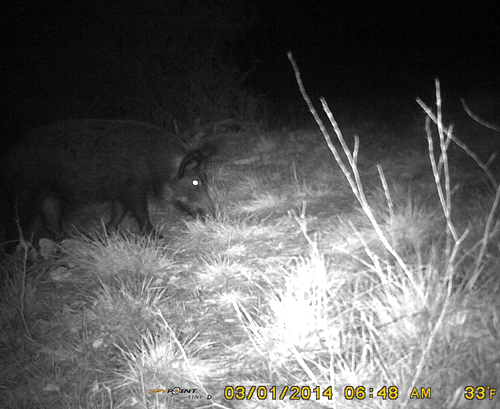 And 5 minutes later, this beast of a hog. 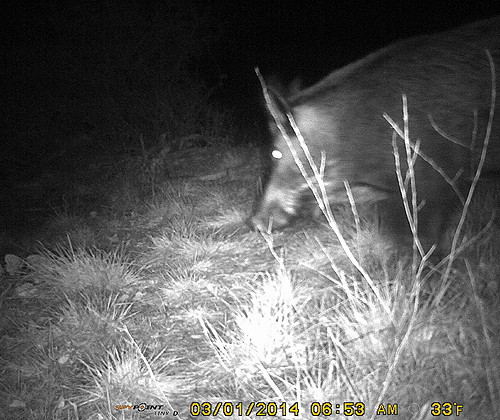 Wild hog hunting in our area runs hot or cold. Sometimes they just are not in the area. And sometimes they are.

It appears that they are in the area now.

Before daylight the next morning a northern was blowing in on wind speeds of 17 to 20 mph. The temperature was already down to 28. At 7:33, the morning hunt kicked off when I received a text from Collin that a wild hog had came up behind their ground blind where his dad, Clesson, was hunting; but the hog didn’t come around in front of one of the shooting windows.

Meanwhile, 400 yards away Uncle Scott saw 2 wild hogs walk through his area, they were a little out of bow range. Soon after, two more approached on a closer trail. Scott drew and took a broadside shot. The hog ran into the cedars and circled to the north. Most of the fletching end of the arrow was visible, and the hit was in the front shoulder area.

They all waited two more hours and I joined them to search for Scott’s hog. In 80 yards we found his arrow. There was about an inch of blood on it, definitely a shoulder hit, and also definitely not a lethal hit. But we looked for it just to be sure, with no luck.

So, the first morning hunt produced a little hog action for both the Minnesota guys. The temperature continued to move slowly downward and the wind held.

On the cold afternoon hunt both Minnesota bowhunters saw several wild hogs, as well as some deer and wild turkeys (from their ground blinds). But no one brought in a hog.