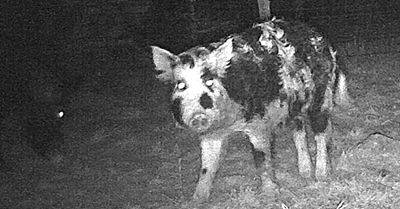 A couple of weeks ago Collin Cottrell invited his dad and uncle Scott to be our guests to bowhunt wild hogs on our Texas deer lease. Collin and I had a little work to do to be sure they had places to hunt as well as some wild hogs hanging around.

Collin worked on his hunting areas and I worked on mine. He will do a separate post to bring you up to date on his hog setups.

Recently, I visited the InSights Nutrition plant by Lometa, Texas. At the plant, Steve Stone showed me their new products that attract wild hogs; Hog Nut, Hog Get and Hog Trap. Steve gave me a few bags of the Hog Nut to use and report back to them after using it. This hog bowhunt with the Minnesota guests was the perfect opportunity.

I took a bag of the Hog Nut to an area where hogs had been coming under a barbed wire fence. First, I put a Spypoint trail camera up where it could watch the sweet area. When I opened the bag the aroma was amazing. It smelled good enough to eat. 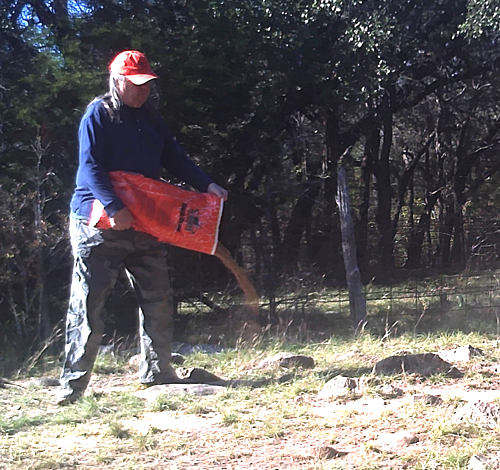 I spread the Hog Nut around near a fence crossing in a fence.

The next morning I was eat up with curiosity, I wanted to know if any wild hogs found this sweet smelling Hog Nut yet. I drove out to the fence and checked the SD card. The display showed that 184 pictures were taken after I put out the Hog Nut. I put in another SD card and went home.

Half an hour after dark the first wild hogs followed their noses to the sweet Hog Nut. 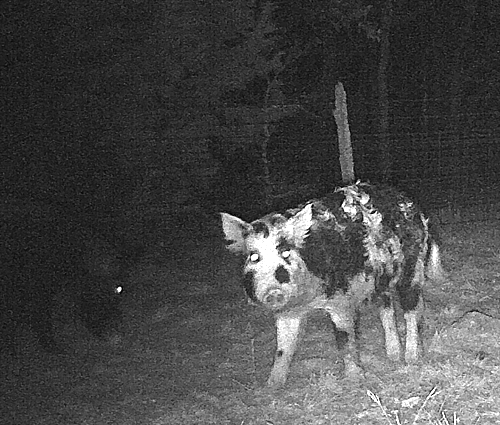 The first wild hog visitors were a black on and this white, black and gray one.

Things were looking good for the upcoming wild hog bowhunt.

Soon the time to start their journey came they loaded up their bows and gear and put Minnesota in their rear view mirror. They arrived late afternoon on Saturday, March 2nd. We drove them around to see where they were going to hunt. Then we went to the Junction 35 to eat dinner. 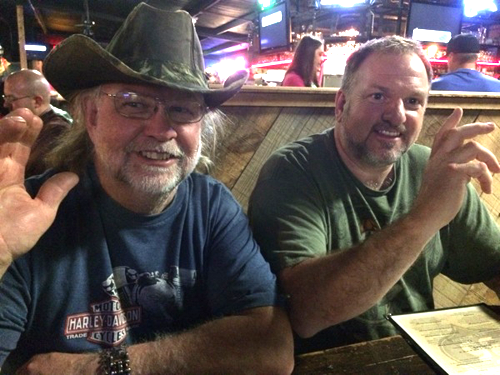 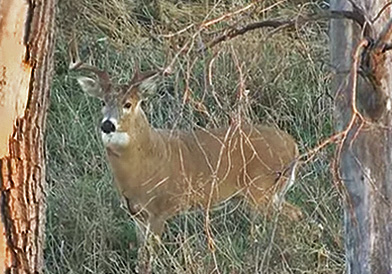 How To Be Invisible 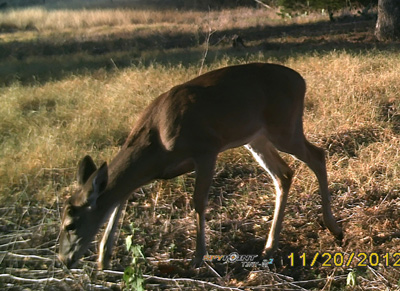 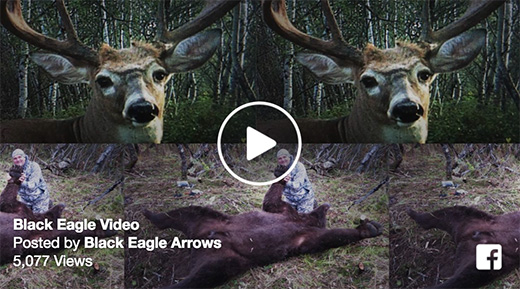 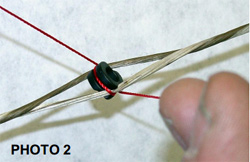 Serving In Your Peep Sight