When towns and cities have a deer problem, as thousands do, and the citizens want something done, the leaders of those towns and cities put together a citizen’s committee to assess the situation. Invariably, they consider all options from capture and removal to bowhunting. Invariably all the options prove to be either illegal under state or federal laws, or they don’t work. All except one . . . bowhunting. Even though bowhunting is working in thousands of communities to safely help citizens with their deer problems, those against killing deer always (and I mean always) suggest the use of chemosterilants or sterilization. The purpose of this column is to provide individuals some information relative to that option so you can stand up and oppose it.

Why oppose it? For one reason, it doesn’t work. Another good reason is because it is extremely expensive. Another problem is that there is only one drug that is legal under federal law and so far, for deer, it can’t control deer numbers in a town or city.

So, the question becomes, should you use bowhunting or birth control when you town has a deer problem? Let’s review the situation.

Cayuga Heights in New York, which borders Cornell University, has a deer problem. Several years ago, when they tried to solve it, things got nasty. There was lots of controversy and litigation in Cayuga Heights. After the dust settled, that town decided to implement a two-year sterilization program. In 2012 they spent $148,315 removing ovaries from 137 does. Even after spending more than $1,000 per animal, a Cornell University deer count that cost the town more than $20,000, showed they still had 125 per square mile. Hard to imagine a town holding that number of deer. When you have 125 per square mile, you have an ecological and disease potential disaster for citizens living there. 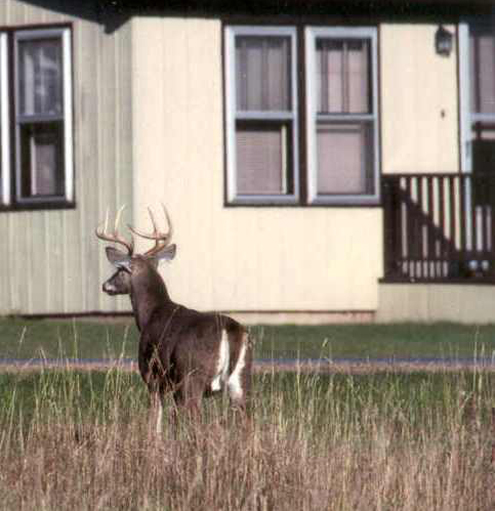 In December 2013, they sterilized 12 does at a cost of $35,808. That’s a mere $2,984 per doe. The mayor explained that away by saying that costs can be expected to go up as deer numbers drop, but with 125 deer per square mile, it would seem there are lots of deer out there. Truth be told, the deer sterilization program just isn’t working. On top of that for the year 2013, one report added that the city’s legal fees related to the deer hunt were more than $8,200. And don’t forget that cost for counting the deer. Apparently Cayuga Heights is a wealthy community.

All this makes me wonder why the City Council in Fairfax City, Virginia recently voted to approve a deer sterilization program. However, even though the proposed cost is expected to run around $1,000 per doe, they are going ahead for two reasons. They feel that using volunteer veterinarians will lower costs to $500 per doe. In addition, a group of private donors agreed to fund a two-year grant to cover the costs of the project. 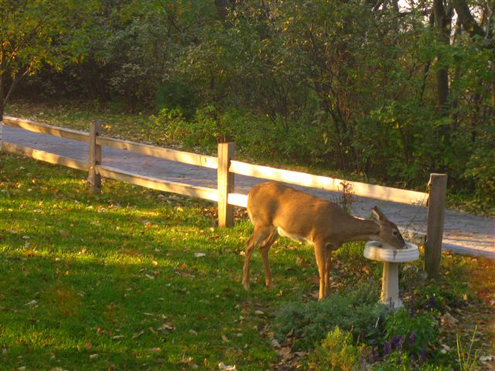 All that is fine and dandy, but just because someone else is paying for this program, doesn’t change the fact that deer sterilization or the use of chemosterilants doesn’t work in towns or cities, or any large, unfenced area. That is why all state wildlife agencies, including the New York Department of Environmental Conservation and the Virginia DNR do not approve of these options. They do not work. In fact, studies show that they will only work in small fenced areas and other areas smaller than 100 acres.

What are the problems with sterilization or chemosterilants? Cost is an obvious problem. Also, deer move a lot, negating any sterilization done. Studies show that you just can’t sterilize enough does. Research shows that you need to sterilize 80 percent of all does in a town, just to keep the population stable. That’s impossible to do, physically or financially.

So, what are the advantages of a bowhunting program. First, there is almost no cost to taxpayers. Second, you can take out problem deer that have decided to eat your yard and everything in it. Third, it is safe. No matter how loud opponents scream, there has never been an accident involving an arrow in any urban bowhunt in the country. No question, with thousands of such hunts now taking place, some day there will be an accident, but none so far. Fourth, a bowhunt makes deer less likely to hang around. Hunted deer are less likely to eat your garden, shrubs, etc. Hunted deer are less likely to stay in your area.

And that is the purpose of an urban bowhunt. The purpose isn’t to kill all the deer. The purpose is to lower numbers, to make your area safer, reduce auto/deer collisions, to reduce the potential for human disease via deer ticks, and to reduce yard and ecological damage.

A bowhunt reduces the problems deer cause. And most of the citizens living where there is an urban bowhunt don’t even know the bowhunters are out there. Meat is often given to local soup kitchens, and once implemented, most citizens support the bowhunt. The bowhunters are good citizens helping out their town. The next time someone opposes an urban bowhunt and suggests sterilizing does, show them the facts. Apparently only a very few, wealthy, towns can afford to ignore the facts.