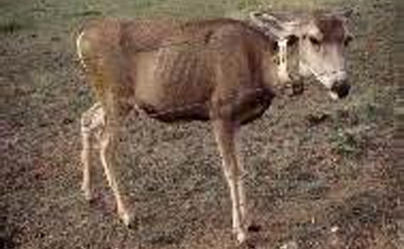 A Jefferson County deer tested positive for Chronic Wasting Disease according to the Pennsylvania Department of Agriculture Apr. 8, marking the seventh case in a captive or wild deer since 2012.

The five year old white-tailed deer died on a Reynoldsville deer farm and tested positive for the disease at the Pennsylvania Veterinary Laboratory in Harrisburg. That farm and the Walnutport, Northampton County, farm where the deer was born have been quarantined. Deer cannot be moved on or off the properties.

The investigation continues and additional herds may be quarantined. 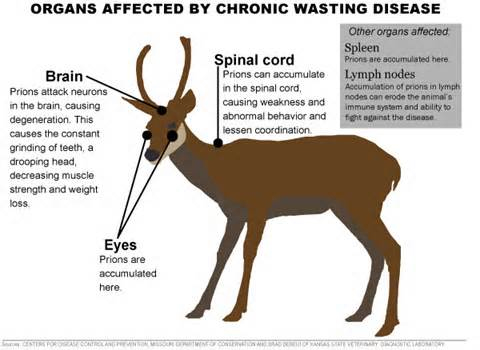 Chronic Wasting Disease attacks the brains of infected antlered animals such as deer, elk and moose, producing small lesions that eventually result in death. Animals can get the disease through direct contact with saliva, feces and urine from an infected animal.

There is no evidence that humans or livestock can get the disease, according to the Centers for Disease Control and Prevention.

Symptoms include weight loss, excessive salivation, increased drinking and urination, and abnormal behavior like stumbling, trembling and depression. Infected deer and elk may also allow unusually close approach by humans or natural predators. The disease is fatal and there is no known treatment or vaccine.

Two Adams County deer tested positive for Chronic Wasting Disease in 2012. During the investigation the department quarantined 27 farms in 16 counties associated with the positive samples. Since then, five farms remain quarantined.
Surveillance for the disease has been ongoing in Pennsylvania since 1998.
The Department of Agriculture coordinates a mandatory surveillance program for more than 23,000 captive deer on 1,100 breeding farms, hobby farms and shooting preserves. Three captive deer have tested positive since 2012.
The Pennsylvania Game Commission collects samples from hunter-harvested deer and elk and those that appear sick or behave abnormally. Since 1998, the commission has tested more than 38,000 free-ranging deer and elk for the disease. Four wild deer have tested positive for the disease since 2013.
For more information, visit www.agriculture.state.pa.us and click on the “Chronic Wasting Disease Information” button.

Happy Easter from In Sights Nutrition