I Owe my Father… and the Repairman…

by Paul Murray
in Bowhunting Posts
0 0
A A
0 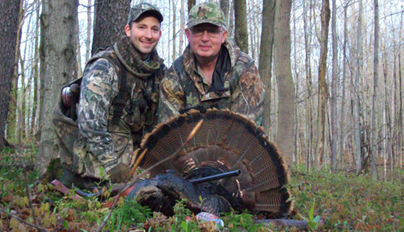 I owe my father all the thanks in the world for my love of bowhunting and the outdoors; however I also owe the dryer repairman,  an apology…

I grew up in a different time. There was no internet, no social media and the only person on the planet that had a portable phone was the president and it was housed in a brief case. Then the year I was born the president resigned from his office. A couple years later some guy they called the ”King” passed away, then Sony introduced something called the walkman and a little company called Microsoft was started. Right now there are kids reading this, asking their parents who the “King” was and what was a walkman? Gas was about $.68 cents a gallon and that’s only about $3.00 less a gallon than what we pay today. Things have changed and we have come a long way since then…. Like everything else the archery industry was forging ahead bravely, trying to pursue and modify this contraption called the “compound bow” and yes compared to the recurve and long bows that the general public was used to seeing, the compound bow looked like a contraption.

Archery industry leaders such as Fred Bear, Pete Shepley and others set into motion the evolution of the modern compound bow with its blazing arrow speeds close to 200 feet per second, with its cables and wheels. Thinking back now it’s kind of scary how far we have come in just under 40 years. Wow, 40 years, I’m that old now? How did that happen? Every year the industry pushes the limits and finds away to squeak and tweak our bows to make them more efficient and faster.

I was a toddler in the mid to late 1970’s. My best play pal was my dad until my brother came along. Our favorite activity to play was “Cowboys and Indians”. I apologize if that is not politically correct to say. However, this game or activity was more or less hide and seek with an ensuing battle between the Cowboys and Indians upon finding one another. With the Indians armed with a bow and suction cup tipped arrows and the Cowboys with my toy 6 shooters, inside our three bed room raised ranch home. When I was 4 years old my favorite song was I’m a rhinestone cowboy by Glen Campbell. Like I said, things have changed since then, but something’s have not I still love country and western music. At that time playing like this wasn’t very far off from the way my dad played ”The Alamo” with my uncle when they we’re kids back in the 1950’s.

On one Saturday morning while it was my turn to find my dad who was hiding waiting to ambush me. I tiptoed through the house with my bow in hand and an arrow knocked on the string trying to find my dad. As I crept down the hall I heard a noise in the basement. Slowly, I crept down the stairs to the foyer. From the top the basement stairs in the foyer I could see my dad on his hands and knees he appeared to be crawling beside the dryer. This was my opportunity to catch him off guard. So I drew my bow, aimed and released. Thwack!!! It was a direct hit, right where I was aiming, right in the rear end. The next thing I heard was OUCH, then a loud bang from where my dad hit his head on the side of the dryer, then a few obscenities. Needless to say things weren’t adding up fast. My dad never swore. Like a flash, I ran up the stairs to my room to hide. My hiding spot was behind my door in my room. Oh no!!! That’s where my dad was hiding waiting to ambush me. That wasn’t my dad in the basement. I turned in one motion and dove under my bed. Just then I heard footsteps coming up the basement stairs and a voice saying, “Hello, Mr. Murray?” My dad went to greet the man and find out why I was hiding under the bed. I heard my dad say, “I’m sorry about that.” Then my dad called me out to the living room where I apologized and got my arrow back. We have laughed about that, every time we break out the photo album and reminisce at the holidays.

My dad always gave me the opportunity to choose between being the Cowboy or the Indian. I can say I do not ever recall grabbing the 6 shooters over the stick and string. Thanks Dad, without you I wouldn’t be who I am today. You taught me that working hard and believing in yourself can help you achieve your dreams and goals. I will forever be grateful for that.

Archery, the outdoors and nature have always been very interesting to me. Eventually becoming my passion in life and maybe a little bit of an obsession from time to time. As far as I can remember, I was the only kid in my kindergarten class to tell his classmates that his hero was Fred Bear.
To the gentleman that I shot with my bow when I was 4 years old I sincerely apologize. Our brief encounter, where our lives crossed paths has stuck with me for my entire life and for that for that, I thank you.

Now as a father, I am beginning to see and feel what my dad felt as he watched me growing up and falling in love with the sport archery and the outdoors. If you’re reading this then you too probably have an interest in archery and the outdoors. If you get the chance, I strongly urge you to take the time, if you can, to introduce archery and the outdoors to a child. Archery is a great way to connect with kids not to mention it also helps to develop focus and concentration skills. Simply put, children are the future of our sport and the more candles we light in the hearts of our children for archery; it can only brighten the future of our sport. Also, the gratification and joy we will achieve by doing so is worth any possible inconvenience you may incur. I can tell you, honestly, that nothing warms my heart more than to hear my son say, “Daddy can we go shoot bows?” We sure can buddy, we sure can…. Shoot Straight Everyone