by Jim Velazquez
in Bowhunting Posts
0 0
0 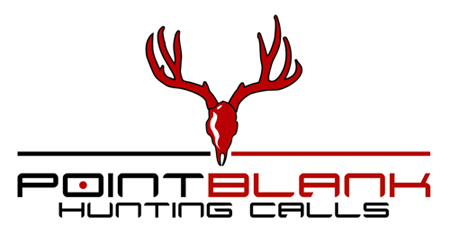 Point Blank Calls, Manufacturer of serious games calls, is now introducing a new line of turkey calls created with the hunter in mind.  Point Blank’s new EFT™ (Extended Frame Technology) Turkey Series calls, were designed to ensure that they produce the most realistic turkey sounds unlike any found on the market today.

Point Blank’s new EFT™ Series of calls advantages are simple and easy to use thanks to an extended base and a frame that is set upward and inward to fit securely with every use.  The extended frame stabilizes the diaphragm for better more consistent calling.  Unlike covered diaphragm calls, the EFT™ calls have less material touching the roof of the mouth to help reduce any gag reflex.  There is no need to bend or form any EFT™ calls like conventional calls.  EFT™ calls are designed to be placed in the mouth, with the open end facing out, approximately aligned with the canine teeth to mimic turkey vocalizations.  Point Blank Calls offers three distinct EFT™ Turkey calls, The Deuce offering the clearer sounds of a younger bird, the Edge Cut will reproduce the calls of a younger or medium size bird and the Split-V call mimics the raspier sounds of a larger dominate tom.  Try one of the new Point Blank EFT™ Turkey calls and you’ll know, “Now You’re Talkin’!”