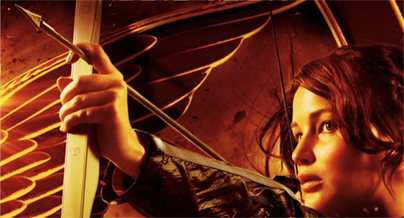 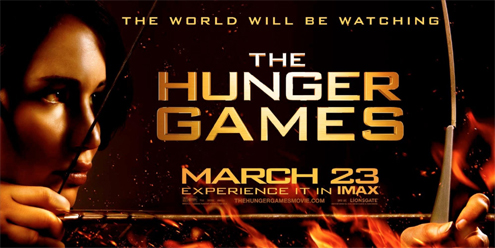 By: Tim Case with contributions by Jim MacQuarrie and David Boggs

When I wrote the original “Welcome to Hollywood” article in August 2012 I knew great things were coming to the sport of archery. Well, 19 months later, so much has happened that I felt an update was in order. With Arrow topping CW viewership, Hunger Games: Catching Fire about to come out on DVD, Merida made an official Disney Princess, and a new survey from the ATA it has been a remarkable year and a half for the sport. 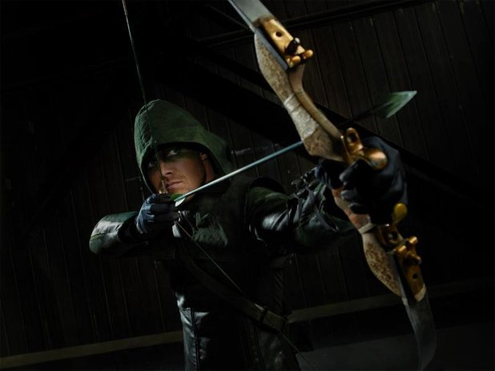 Hunger Games: Catching Fire exceeded Iron Man 3 as the top grossing film of 2013 domestically, is the first film with a female lead to top the annual box office in 40 years (The Exorcist was the last to do that), and I’m willing to bet that it is the first film with an archer, male or female, to accomplish these milestones. Together Catching Fire and The Hunger Games have grossed over 800 million dollars domestically. Granted, many of the viewers have seen the movies multiple times and/or seen both movies, but at an average of $10.00 per ticket that means archery has been positively displayed 80 million times. It is said, in marketing, that a consumer needs to hear the brand a minimum of 3 times to remember it. Based on reports from archery clubs around the nation, who are all reporting 30% to 45% increases in participation, I would have to say these two movies have hit the archery ball out of the park.

The most beautiful part of this increase in participation are that more girls and families are participating. My friend and fellow archery instructor, Jim MacQuarrie, has often told me, and I agree 100%, that ” the way to grow the sport and keep it growing is to reach women and girls because when women want to do something they do it in groups; they bring the kids, their friends, their kids’ friends and other family members and they have fun. Men on the other hand tend to be solitary or bring one friend with them”. They also take themselves to seriously, machismo if you will. There is another fact that relates to getting more women and girls involved in archery; where the women are the men will follow.

CW network’s Arrow has about 3 million weekly viewers making it the network’s most popular show right now. This means that every week 3 million people see archery in action. Since it is a TV series it can be assumed that most of these viewers are repeat viewers weekly. They are certainly contemplating the idea of shooting a bow. To Arrow’s credit they are taking pains to get it right, unlike so many other shows and movies that don’t. We may be able to pick out the nuances and criticize, but there are many things going on behind the scenes we don’t see that may require a visually wrong scene, such as crew and equipment safety. All that said, Arrow has torn open access to a demographic we, as hunters and archers, often ignore and, frankly, make fun of… The comic book/ superhero/fantasy fans. The geek crowd if you will. Of course the statistics are anecdotal and not scientific, but in 2012 the Archery Trade Association conducted a survey among archers 18 and older. This survey produced some surprising results.

There is no doubt that the industry was caught flat footed in regards to the impact produced by the movies and TV in 2012, but they have reacted pretty well. Here are some of the statistics the ATA gleaned from its survey: Of the 235 million adults 18 and older in America 18.9 million shot archery or bowhunted, 10.4 million shot target only, 6.5 million shot target and bowhunted, 1.9 million bowhunted only, 5.8 million of all archery participants were women, 1.6 million of bowhunters were men, and 4.2 million of archery only participants were women. This basically breaks down as of the 18.9 million adult participants in archery 55% shoot target only, 34% shoot target and bowhunt and 10% bowhunt only, 31% of all archery participants are women, 41% of target archers are women, and 84% of bowhunting only are men. It can be surmised that these percentages will apply to youth that were not counted in the survey.

Considering that less than 10% of the overall population partakes in archery in any form and that more people were exposed to archery in the theaters in 6 months of 2012 than participate in the sport many have seen the opportunity for outreach and activism to promote the sport and welcome these potential new recruits. Jim MacQuarrie has really done wonderful things within the comic book demographic. Jim organized a SAFE Archery range at the Big Wow-San Jose convention May 18-19, 2013, an “Archery in Popular Culture” panel discussion at Stan Lee’s Comikaze convention on November 1-3, 2013, and helped the Pasadena Roving Archers and Disney put together and organize a “Brave” themed archery event for the Pasadena Ronald McDonald House.

The Comikaze panel consisted of Jim; Patricia Gonsalves, the archery consultant & trainer for ARROW; J.T. Krul comic book writer who wrote “Green Arrow: Brightest Day”; Brian Seagrave, audio engineer for movies & TV and Level 2 USA Archery instructor; Khatuna Lorig, Olympic archer and coach to Jennifer Lawrence; and Dragon Dronet, costumer, prop maker, martial artist, swordsmith, actor and friend of both Jim and myself. The panel was moderated by “Jessica the Comic Book Girl,” a comic podcaster & journalist and one of Jim’s students. As you can see by these video links, the room was packed. In fact there were about 20 people who couldn’t get in, but hung out around the door listening.

NEXT: THANK YOU HOLLYWOOD: PART 3

Wolves – Once A Mongrel Always A Mongrel

Wolves - Once A Mongrel Always A Mongrel