What’s Happening to Our Whitetails? 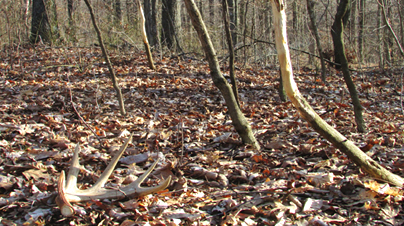 THE GOLDEN AGE of deer hunting is dying! And whether you believe that ominous statement or not, any objective whitetail hunter poring over the 2013-14 whitetail harvest totals might tend to agree after seeing the numbers. Too many Midwestern states known for their big-antlered bucks and great deer hunting opportunities are seeing a disturbing downward trend in both sightings and kills.

Actually, an increasing number of concerned Midwestern whitetail hunters have been saying something’s wrong for a couple of years now. Seems they’ve grown increasingly disturbed by what they’re seeing – or worse, not seeing – in favorite deer hunting areas. As sightings, shooting opportunities, and kills continue to slide, it should come as no surprise hunters aren’t happy.

I’ve heard the grumbling myself, especially in my home state of Illinois and adopted state of Indiana. Perhaps you’ve overheard or mumbled some of the same complaints. Admittedly, lots of us grew spoiled watching deer numbers soar over the past decades. Burgeoning whitetail populations eventually enabled many of us to consistently fill multiple tags with relative ease. But lately a long litany of troubling negatives has caused a widespread decline in whitetail numbers in popular deer hunting states. Quite naturally, that’s dampened hunter enthusiasm and raised concerns.

Think about this. The 2013-14 Illinois statewide bag total dropped by more than 25,000 animals. Across the Wabash River, Hoosier deer hunters saw a decrease in total kills last season of some 10,600 whitetails. The Ohio deer harvest was “way down” by 15 percent from 2012. Michigan kills were “down significantly” between 15 and 20 percent. Missouri’s 2013 whitetail harvest plummeted by 100,000 animals. Even though Wisconsin bowhunters set an all-time record, overall deer kills fell by seven percent. Iowa’s total whitetail harvest, having declined for eight straight seasons, dipped below 100,000 for the first time in years. Minnesota hunters tagged 11,500 fewer deer than during the 2012 season. Alarming reports like these led a lot of folks to the same “there’s-trouble-in-paradise” conclusion. To me and many others, something’s definitely wrong. But just to be fair, I note that Kentucky set an all-time record for deer kills in 2013, up nearly 10 percent over 2012. So the news isn’t all bad; there’s just more of it.

Back to my hunting areas in Illinois and Indiana, there’s no question, rotten weather during parts of firearms season affected the 2013 harvest. And diseases like blue tongue and EHD indeed hit some regional deer herds hard. But it’s also true that state-mandated herd control practices have led to intentional reduction of deer populations in Illinois, Indiana, and other places whitetails thrived for decades. Throw into the mix ever-increasing habitat losses and ever-expanding coyote populations that pose real threats. Also, growing crop damage and deer-vehicle collision complaints have prompted the agricultural and insurance lobbies to pressure game departments to reduce whitetail numbers even more. Depredation permits issued to grain farmers account for more cuts in deer numbers. Finally, poaching continues to plague cash-strapped, understaffed conservation law enforcement agencies in many places deer are common.

Combine these facts with outright bureaucratic mismanagement and it’s understandable how this perfect storm formed. The current situation leaves lots of folks wondering what, if anything, can be done to halt the downward spiral.

ALTHOUGH EACH STATE’S DEER HERD is different, common management problems exist. And lately I’ve been impressed by the early efforts of one newly formed and well-organized grassroots group of Illinois deer hunters. It’s called the Illinois Whitetail Alliance and its governing committee includes a past director of the state’s Department of Natural Resources, a representative from the Illinois Bowhunters Society, a retired conservation officer, and several outdoor writers, land managers and property brokers. All share a common goal of coming up with “… proactive deer management ideas based on science, ones that are fair and equitable to all stakeholders.”

That’s a tall order to fill. But if successful, this amalgamation of thoughtful Prairie State hunters may provide a working template and the inspiration others could consider utilizing to effect positive changes in different states. Briefly stated, the IWA has proposed the following changes:

*Reducing pressure on the overall Illinois deer harvest, particularly does, by eliminating the late-winter, antlerless only seasons and moving them to before November 1; implementing a one buck, one doe limit in certain areas; and also eliminating all over the counter permits after November 1, including all leftover gun permits.

(NOTE: The IWA’s reasons for making these recommended changes are clearly defined and published on the group’s website. Space limitations don’t allow details to be included here, but interested readers can easily check them at www.ILwhitetailalliance.com.

*Implementing a statewide one buck limit per hunter in all seasons combined.

*Establishing new rules pertaining to nonresident deer hunting, with a maximum number of permits set at 10 percent of the previous year’s harvest, and also increasing the cost of all resident deer permits by $10 to help offset lost revenue.

The IWA plan is designed to restore the quality of the Illinois deer herd, with the end goal being a well-managed, healthy herd and controlled harvests providing more revenue and enjoyment for the state’s citizens and hunters.

FOR A DETAILED EXAMINATION of the problems leading up to the documented decline of the Illinois deer herd, make an online search for “The Illinois Deer Disaster,” by outdoor writer Don Higgins. Don’s a Prairie State resident, consistently successful big buck hunter, and IWA committee member. He bluntly lays out his concerns and personal views in direct, no-nonsense prose.

Speaking as someone who routinely bowhunts Illinois and Indiana, I can agree with much of what Don points to as adversely impacting Prairie State deer populations. Fortunately for me, the farms I hunt in each state are well managed and home to good numbers of deer. The downside is nearby areas in both states find hunters griping about few sightings and a lack of older animals. So I must conclude that there are still pockets of whitetails to be found and hunted that compare well to boom years of the past. Only year before last, I missed a Boone and Crockett-class buck when my arrow flew high, and this past season I passed up easy shots at several Pope and Young-caliber whitetails while waiting for Mr. Big. On my own Indiana farm, I saw deer daily throughout the three-month season and encountered more mature bucks than any time in the past six Hoosier seasons. Yet only a few short miles away, area deer hunters were complaining about an absence of deer and few shooting
opportunities.

Frankly, I’ve learned from firsthand experience that it takes time, sweat equity, and monetary investments to attract and hold deer on hunting lands. Only several years ago I witnessed the ravages of EHD, when I couldn’t step into the woods on my Indiana farm without inhaling the scent of rotting deer carcasses. But after imposing a years’-long bucks-only rule on myself and friends who hunt with me, our local herd bounced back. Today, thanks to select harvesting and abundant foods, complemented by the mineral supplements I provide, the resident herd is as healthy and large as I’ve seen it. This is in spite of what I view as downright shortsightedness on the part of Indiana’s Department of Natural Resources.

Here’s a case in point. A couple of years ago the DNR introduced a late-year antlerless deer season, extending firearms hunting after the November rut when pressured survivors are already stressed and most does are pregnant with next year’s fawns. Never mind the fact little button bucks and trophy-class deer who’ve shed antlers get blown away needlessly during this late season, it takes a toll on the existing and future resource by further decreasing deer numbers. End of sermon, and if you think I’m upset, you’re right. DNR rulings like this , imposed against the wishes of many serious deer hunters, lend credence to the belief that too many DNR officials are more interested in reducing overall numbers of whitetails than managing them. Conversely, I lauded the same DNR for its one-antlered-buck-per-year law. I’m convinced over the years it has steadily increased both the quality and quantity of antlered deer in Hoosierland.

SO WHAT’S MY FINAL TAKE on the current state of whitetail deer hunting? And what about the sport’s future? Obviously, hunters today enjoy far better hunting and overall success than back in the early 1960s when I arrowed my first bucks in Illinois and Indiana. Way back then the number of bucks I sighted all season could be counted on one hand. Today, I expect to see deer every time I set foot in the woods … and most times I do. Regardless, I believe that some state game departments are managing people more than deer, reacting to public and political pressure in making certain key decisions. And a few are actually mismanaging their states’ whitetail populations, focusing more on deer control than deer management and expansion. And unless concerned individuals and groups take corrective actions and push wildlife bureaucrats, many of whom are not deer hunters themselves, to do what’s best for whitetails and those of us who hunt them, deer populations will hold steady or slump and annual harvest totals will continue to decline in the years ahead.