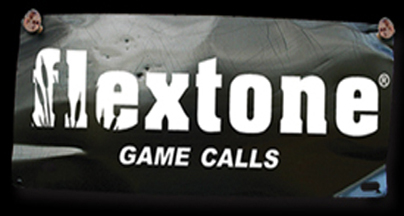 The 2014 Flextone Game Calls World Turkey Hunting Championship has proven to be a huge success.

The second annual event took place in La Cygne, Kansas, April 14-17, bringing together the best of the best to compete in the richest turkey-hunting tournament in the world for more than $50,000 in cash and prizes.

As the four-day event came to an end, Team Outdoor Edge was named the World Turkey Hunting Champion for the second consecutive year. Team Head Hunters finished second and Team Outtech rounded out the money winners with their third-place finish.

WTHC founder Bobby Pinson refers to the highly anticipated event as “not just a friendly competition, but also a unique opportunity for like-minded sportsmen to fellowship and celebrate our God-given right to hunt while raising money for our heroes and feeding the hungry.”

Thousands of dollars were raised for Hunting4Heroes, and hundreds of pounds of turkey were harvested and donated to Hunt4Hunger. The 2014 World Turkey Hunting Championship was made possible by its new title sponsor, Flextone Game calls.

Pete Angle, vice president of marketing for Plano Synergy, said, “Flextone Game Calls is honored to have supported the 2014 World Turkey Hunting Championship. Whether the participants took to the podium or only spent time afield is overshadowed by their support of a great cause.”

Flextone Game calls applauds all those who participated, as well as Bobby Pinson and the others who gave their time to make this event come together. Flextone is looking forward to supporting this extraordinarily unique event again next year.

Teams will be allowed to enter on a first-come, first-serve basis. Check out worldturkeyhuntingchampionship.com for event details and team registration information.