It’s not Just a Matter of Choice for Some 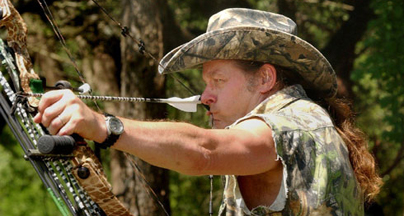 Talking about being comfortable in your own skin! Once a person discovers and enthusiastically embraces the joys of independence, one comes to grips with God’s perfect design of survival of the fittest, rugged individualism, and why He guided us to this glorious experiment in self-government. Slavery and dependency is for sheep.

As I brace to jettison into my 55th year of making and sharing my killer All American Motorcity high energy soulmusic with the world’s finest musicians and technical commandos around the world, my confidence cup runneth over with this blazing joy and excitement. My band, crew, management, family and entire team represent the purest form of the American Dream; get up early, put your heart and soul into being the absolute best that you can be, hone your independence and craft to beat the competition, and pursue your dreams and individual happiness with all you got.

With my 40th something record and world tour SHUTTUP&JAM! erupting in early July 2014, we are certain that the spirit of real American rock-n-roll and rhythm and blues is alive and well in every song, every lick, every track, every concert, every night, and real music lovers will again come dance with me like they mean it.

Defiance has a soundtrack and it sounds like STRANGLEHOLD.

By this time everybody knows that the old Detroit guitar player, when not unleashing organic sonic bombast animal dance music, lives to hunt with his trusty bow and arrow, fish and trap, living the ultimate primal scream self sufficiency lifestyle that killing your own sustenance and stage clothes with a sharp stick represents.

And make no mistake, we always have a little bean curd on hand just in case a vegan buddy shows up. I’ll even strum a nice, gentle Hank Williams tune for them if they prefer.

I’m a lover, not a fighter.

However, in this crazy culture war to “fundamentally transform” our country into another soulless sheepland like so much of the rest of the world, do not be fooled by claims of tolerance and civility by the left or liberal democrats. Not for one minute.

A visit to my facebook provides a peek into the wicked world of hate that permeates so much of the left. They don’t just voice a difference of opinion on whether venison is their preference or not, they constantly threaten to kill my family because we are hunters and fishers.

That’s right, they make no bones about their evil belief that animal’s lives are precious and human lives are expendable. And not just once in a while; constantly.

Because my career includes a lot of media time, and because I am so passionate about my independent survivalist hunting lifestyle, the subject has always come up in every interview and I am more than happy to wax poetic about the perfection of venison, living off the land, hands-on conservation and the incredible wildlife success story that is unique to the American hunter’s conservation model of sustain yield, pay as you go system.

With more deer, bear, cougar, turkeys, geese and other game in North America than ever in recorded history, the jury is not still out. The American conservation system works and is envied by wildlife conservationists the world over.

But the vicious hate and personal attacks we see on my facebook, and that which I’ve put up with forever is shocking and heartbreaking to any decent, thinking person.

It takes a small army of monitors on my facebook to delete and ban those that constantly threaten us. I used to think it was just a lunatic fringe, but I’m afraid the left has brainwashed a huge swath of gullible people to fall for their big lies and scams of social justice and economic equality.

Somehow, they’ve been duped into believing that what is ours, is theirs. No sense of earning or standing on one’s own two feet, just a strange, sad, braindead bloodsucking sub-species that spits in the face of everything we stand for here at Bowhunting.net.

Rodney King with his chemical induced blather of “why can’t we all just get along” somehow got lost in their comfortably numb stupor.

The tip of the culture war spear, when examined as a whole, comes down to gun rights and hunting rights.

The haters don’t want to choose to not own guns or hunt. They want guns and hunting banned. And they threaten to kill those who oppose them. These issues go unnoticed for the most part as we wrestle with the mindlessness of “social justice” and “economic equality” pipedreams, but know for a fact that these rotten haters are the core of the so called “progressive” movement. They know mainstream America will not stand for such evil threats, but on Ted Nugent’s facebook, whereby simply doing the right thing, I have succeeded in baiting them out into the open, and their depth of hate has to be seen to be believed.

Come witness the enemy exposed in all its depravity. My wonderful life causes them to lose control and drop all guard. It’s not pretty, but we must know just how nasty they are, and they are real nasty.

Meanwhile, I’m rocking and I’m hunting. Why mess with perfection.