by The Archery Wire
in Bowhunting Posts
0 0
1 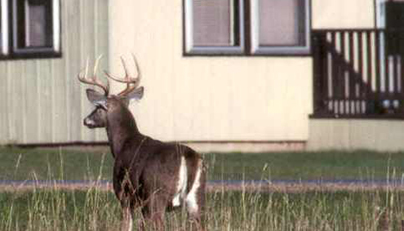 Legislation to allow Sunday bowhunting on private property with the permission of landowners in parts of the state with the highest concentrations of deer was passed by the Connecticut House of Representatives and was expected to see action in the Senate this week.

The bill, which cleared the chamber on a 111-30 vote after a short debate around 11 p.m. Thursday, May 1, drew strong support from Republicans in the House, who succeeded in passing a similar bill in 2013. That bill was not acted upon by the Senate.

Bowhunting deer on private property on Sundays as a means of deer management is supported by Connecticut Department Energy and Environmental Protection (DEEP), according to testimony presented to lawmakers earlier this year by Commissioner Robert Klee.

“In areas with high densities, deer are causing extensive damage to ecosystems and property and elevating public health and safety risks through tick-borne illnesses and vehicle collisions. The addition of Sundays during the private land archery deer seasons would significantly increase deer harvest by increasing hunter opportunity,” Klee’s testimony read.