The new Bowhunter: My Wife.

by Ryan Litwin
in Bowhunting Posts
0 0
A A
0 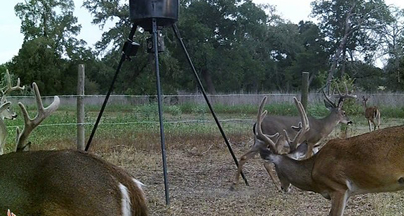 My wife married a hunter. She knew it when she married me, or at least she thought she did. She grew up in Texas with a family who hunted the deer season opener and maybe another weekend in the fall. They like to hunt but lots of other things in life take priority for them and most everyone else she knew. She had never met anyone who spends an average of 120 days a year in the field. She never dated someone who was out of cell service for days at a time in the fall. And she certainly didn’t plan to marry a guy who goes to Montana for about 6 weeks every fall to guide and hunt! But my wife is tough. An accomplished horse woman and a girl who has no problem running a ranch, fixing a flat on a trailer on the side of the road or riding 15 horses a day, she knows how to roll with the punches. So it came as no surprise when she came to me last summer and said “Hey, I wanna learn to hunt”.

Since getting married, I now live in Texas where Alyssa and I run the small family ranch we live on. Alyssa has a horse operation and I run some cows. With 160 acres of Navasota River bottom we have a lot of deer and hogs. Her family hunts here so there were some feeders on the place but as soon as my wife expressed an interest I was excited to get serious! We got some new Wildgame Innovations Feeders and after some scouting picked a couple spots that were in out-of-the-way corners of the property. We then set Wildgame Innovations Trail Cameras up and spent the rest of the summer monitoring them. That in itself turned into a blast with Alyssa naming the bucks and getting as excited as me to check the cams. 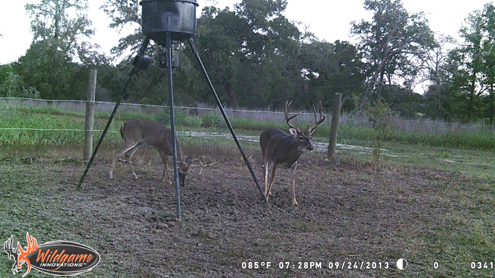 As her family hunts the gun season opener we decided if she were to bowhunt she would have the place to herself all season. Being a long time bowhunter I know the commitment it takes to be lethal with archery equipment and with her busy schedule so we decided to get her a Barnett Crossbow. Texas is a state where a crossbow can be used during archery season and I would highly recommend taking advantage of this for getting women and children involved in hunting during the milder weather of archery season. She practiced enough to feel confident and then before we knew it opening day was upon us!

Just like on the hunting television shows I make her watch Alyssa had her hit-list. On top of her list was a buck she coined “Gigantaur” There were 4 or 5 good bucks coming in fairly regularly and we were excited. Now, being from Montana I have always been a bit suspect of hunting over feeders and I admit it isn’t for everyone. But again, as a tool for inexperienced hunters, you can’t beat the controlled and calm situation it provides. That being said, during archery season in a blind or tree stand 25 yards from the feeder is dang sure no slam dunk. Deer are not cattle, no matter how many times they come to a feeder they approach with all the caution of a wild animal in any state, in any situation. One big movement or noise at the wrong time and you are done, corn or no corn.

Well as luck would have it opening day was a stormy evening with thunderstorms rolling through the area. We thought about not sitting that night but the wind direction was good and we couldn’t resist. an hour before dark with the distant roll of thunder approaching I looked up to see Gigantaur standing on the treeline just scanning the area. He simply appeared from nowhere. I whispered to Alyssa that he was right there but she couldn’t see him due to the window placement of the Ameristep blind. I had her set up to shoot to the feeder and closed all other windows up to mask her movement while playing Candy Crush on her iPhone!

After what seemed like forever he started toward the feeder. Finally Alyssa could see him and now I was getting nervous. My wife was rock solid but I was shaking. Just as he was about to get into her shooting lane a very close and very scary lightning strike cracked down and he bolted. I couldn’t make this up and I have it on video to prove it. This was the first time in my hunting career I’ve ever been busted by lightning. That lightning strike brought with it a torrent of rain and we were done for the evening.

We hunted hard the rest of the archery season and had only one more chance at Gigantaur that didn’t pan out but in the end it was a fantastic time spent with my wife and she is now a lifelong hunter. She loves the crossbow and incidentally killed two hogs during last archery season with well placed shots both times. While she didn’t kill Gigantaur during archery season she did have success, gained experience and is committed to hunting even harder this season. For me I will gladly give up my own hunting here at the ranch to give her every advantage to kill a deer with the crossbow. I never thought I would want a wife who hunted, I always thought of that as “my” time but I was wrong. Last archery season at the ranch in Texas provided some of the best hunting memories I have to date.