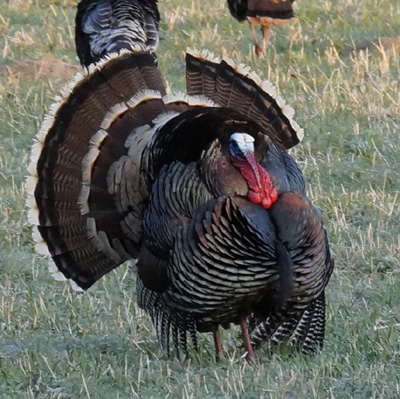 Fred Lutger and I sat patiently in my Double Bull ground blind for three hours, waiting and watching for the wild turkeys to return. But none showed up in the Strut Zone field until 5:23 in the afternoon. 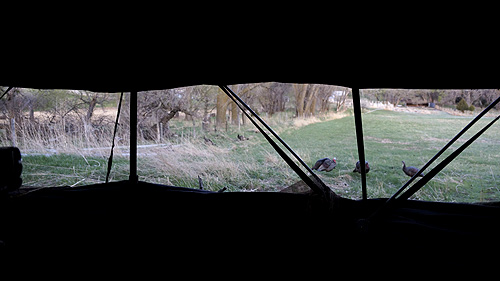 The worked their ways through the trees almost 500 yards ahead of us and came out into the field. We watched as the gobblers harassed the hens as well as other gobblers. 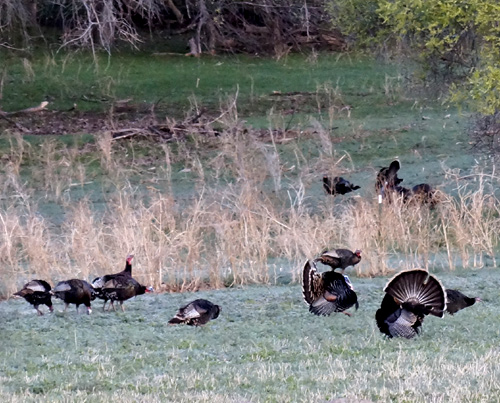 Soon we saw two hens in the tall, dried grass to our left. I yelped at them softly and they ducked under the fence and walked into the field. 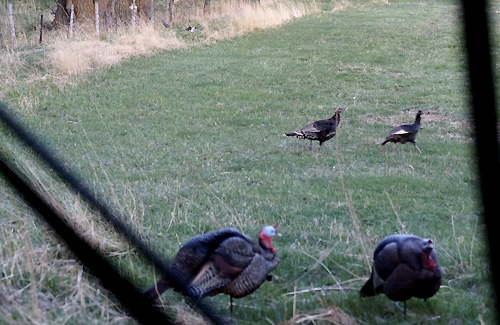 I made some kee kees and and the two hens turned toward uis and approached our decoys. 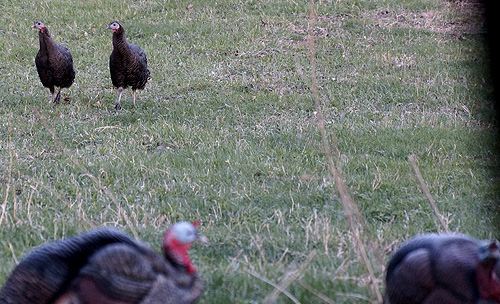 Meanwhile, two of the Merriam’s longbeards broke away from the group and strutted their way in our direction. 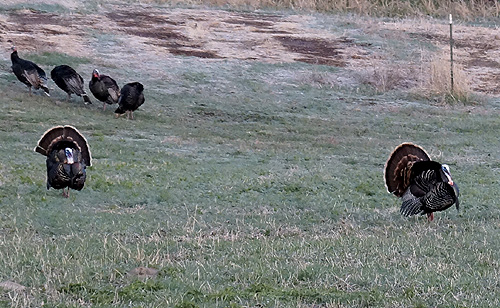 A big Merriam’s longbeard hustled his way to the front and into the lead. He had a missing or broken tail feather in his fan. 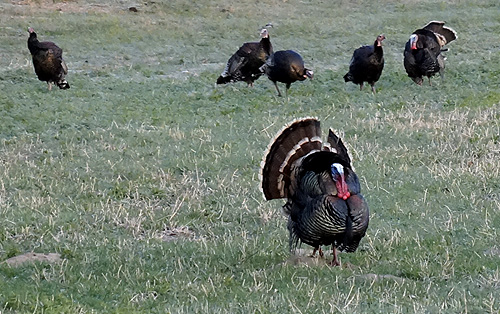 The two hens checked out our decoys. We’re using a David Smith gobbler and hen and also a Dave Consintine custom carved jake. 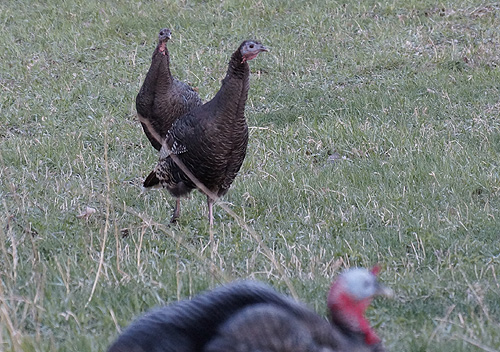 Two other hens got in the mix and the Merrian’s strutter turned toward them. They must have given him the “not interested” signal because he turned his attention back to the hens by our decoys. 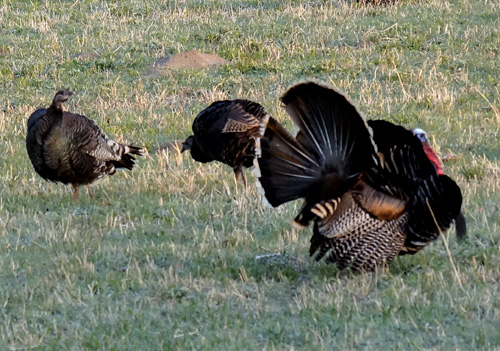 A longbeard with a mostly white face stepped up his pace and caught up to the lead gobbler. 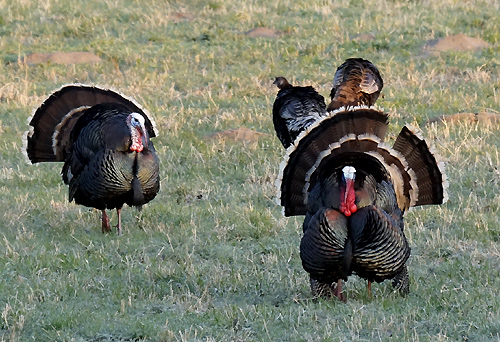 The two longbeards were now 30 yards and closing. I took one last picture and set my camera down. My bow was ready and waiting in the BowStix bow holder. I gripped the handle and hooked my Fletch Hook on my string loop. 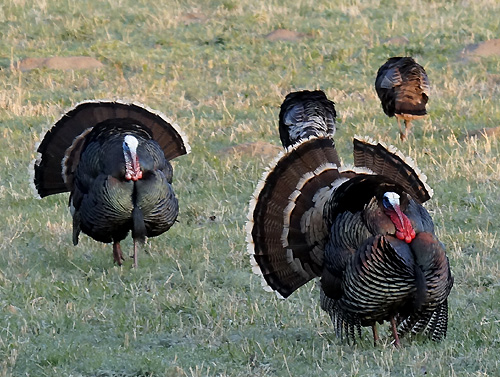 When I looked back I saw that the two hens had left our decoys and were walking away. The white headed gobbler cut them off but they ignored him and walked on by. He was at least 35 yards away not and that’s not a distance I want to shoot. 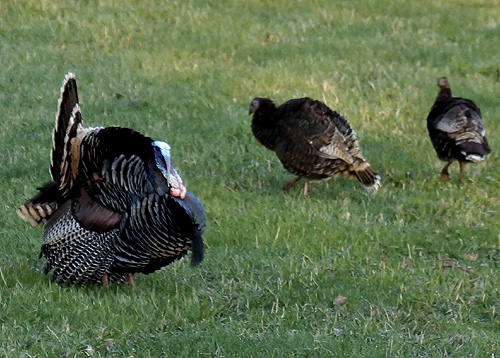 The other gobbler followed the hens toward the dried grass. In a few more minutes all the wild turkeys were back on the opposite side of the field, close to the fence and woods. 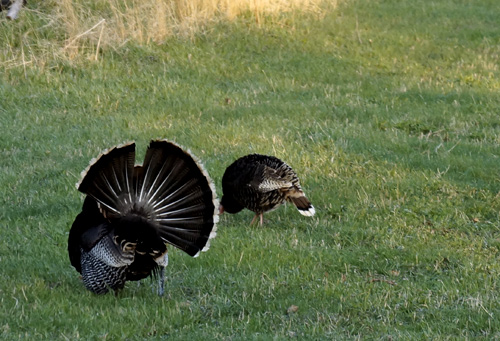 But there was time left for this afternoon. Fred and I waited quietly for some new blood to join our wild turkey group. 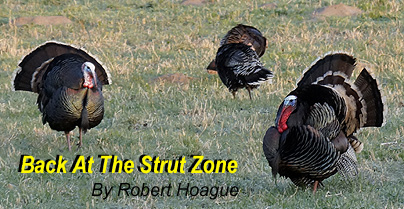