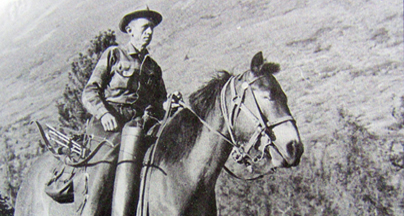 OKAY, I’LL CONFESS. I’ve got a thing for archery history. Always have, always will.
Maybe it’s as some readers suggest, that I’m a bona fide geezer who’s been an eye witness to much of modern day bowhunting’s milestone events. And I readily admit that I’ve been blessed to personally know many of the sport’s icons, past and present.

Following are 20-some questions for your consideration. Some are easy to answer, others not so much. Enjoy, remember, and learn.
1. The Club of the United Bowmen is widely recognized as North America’s first archery club, dating back to 1828. In what city was it founded?
2. The National Archery Association was founded in 1879. Name the NAA’s first president and the classic bow and arrow book authored by this iconic archer.
3. In 1923, the James M. Barry Company of San Francisco published a book that directly influenced countless readers to begin crafting bows, arrows, and hunting points. What was the book’s title and who was its author?
4. In 1927, legendary bowhunter Fred Bear saw a real-life adventure movie that changed his life and launched his archery/bowhunting career. Which pioneer bowhunter did the movie feature and what was its title?

5. The Fred Bear Products Company was founded in Michigan in 1933. Name the man who was Papa Bear’s business partner and what year did Bear arrow his first deer?
6. Speaking of names, what was the somewhat appropriate name of Fred Bear’s father?
7. Bonus question: Was Fred Bear left or right handed?
8. What year did the first U. S. licensed bowhunter tag a deer while hunting during his state’s rifle season? Name the bowhunter and state.
9. Name the 1930 founder of an archery company destined to revolutionize the mass production and marketing of bows and arrows. Where was his company based?
10. Name the famous longbow archer widely known as the world’s greatest instinctive shooter. Name at least one of his books and feature films.
11. Who was the Californian who introduced the first aluminum arrows in 1939 and pioneered the manufacture of metal shafts beginning in the 1940s.
12. What Missouri musician designed and produced quality bows for the world famous company he founded? Name his wife, considered by many to be the greatest female archer who ever lived.

13. Speaking of Missouri, who was the Show-Me State native known as the “Father of the Compound Bow?” Also, name the California bowyer who in 1967 began making and marketing quality compound bows under his own name, quickly popularizing the wheeled bows nationwide.
14. In 1961, Seattle bowyer Glenn St. Charles founded the Pope and Young Club for two primary reasons? What were they?
15. During the 1960s, a Pennsylvania bowhunter traveled to Africa several times to pursue dangerous game. What was the name of the book documenting his adventures and what historical bowhunting “first” did he establish?

16. Name the man who became known as the “Father of Bowhunting Education” after establishing an archery training program in New York State in 1969.
17. Established in 1971, the Archery Hall of Fame’s first class included six men and one woman. Who was the lone woman?
18. What was the name of the national periodical with an Old English title published for archers and bowhunters between 1927 and 1943?

19. Name this avid bowhunter and world famous best-selling author from the 1930s and 1940s, whose books sold millions of copies around the globe and later were turned into movies and a popular television series. Bonus question: Name the author’s fictional attorney.
20. Ishi, the last survivor of his Yahi Indian tribe, was befriended by Dr. Saxton Pope, Art Young, and Will “Chief” Compton, bowhunting together in northern California. What does the name Ishi mean in his native language?

Yep, I definitely have a thing for archery history. And hopefully this column will instill a bit of the history bug in you, because the reason we’ve arrived at this incredible point in our sport’s history is due to the individuals who blazed the trail we now follow.

SCENTBLOCKER: 20% Off Everything in Stock – For Father’s Day