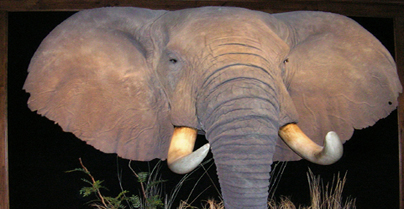 On the surface, it would seem that if you stop hunting, animal numbers will go up. For example, what if we stopped hunting for white-tailed deer. For sure, numbers would increase for a while. Same for other big game species. But rabbit numbers and most small game animals, would see no change simply because hunting doesn’t impact their numbers. The average life expectancy for a cottontail is less than a year, with or without hunting. And there has been lots of research showing that hunting doesn’t impact many hunted species at all. Areas with dove hunting have same dove numbers as areas without hunting. Same for many other bird and mammal species.

But let’s get back to our deer example. With high deer numbers would come devastated habitat, unhealthy deer and a disaster waiting for the next bad winter. A major winter would put feet of snow on what little food remained and a massive deer die off would occur. For example, if we had cancelled deer seasons for North Dakota ten years ago and no EHD hit the herds, the past couple of winters would have devastated deer herds there. And this scenario is not fiction. There have been such situations where no deer hunting, followed by a bad winter, literally wiped out the deer in that area. Clearly, from a biological stand point, a hunting ban just doesn’t work.

But there are other considerations in my deer hunting ban example. The economics of hunting in America are pretty straight forward. Hunting license money is used for wildlife management. Hunting equipment federal excise taxes (11%) go to state wildlife agencies and must be used, along with license money, for wildlife management. So, stop deer hunting and you literally cripple your state wildlife agency and the law enforcement arm of that agency. Frankly, in America, such a large-scale ban on hunting would be a major disaster for all wildlife. Why? No money to manage wildlife. The antis can sugar coat that any way they want (and they do), but the end result is still the same. The billions hunters create do the job.

That’s America (and Canada). But they have a different hunting system in Africa and obviously different political situations as well. And in Africa we have some problems. They’ve had total country bans of hunting. In fact, Botswana just opted to eliminate most hunting and the future of wildlife there is really up in the air. Only time will tell, but there are some African examples that do make one wonder what the Botswana government is thinking about when they abolished hunting.

Recently our Fish and Wildlife Service made a terrible decision to stop the import of elephant trophies taken in Zimbabwe and Tanzania. Once announced, conservationists in America and Africa spoke out; presenting the reasons such a ban will hurt elephant populations. And this discussion isn’t a question of whether this ban will hurt elephant populations. All experts know that it will. No, this ban creates the situation of when and how badly elephants will suffer.

(Even though poaching is taking a growing number of elephants in Zimbabwe, the ONLY way to generate funds is via elephant safaris. And the 500 or so harvested every year there is nothing compared to the thousands being poached. That is why this USFWS ban is so devastating and ill conceived.)

Though elephant numbers are declining in Zimbabwe, poaching, not hunting, is the reason and almost all anti-poaching resources are generated by safari hunting. In addition, “operation campfire” takes money from safaris and puts it into local villages. Hunters and those local communities are the number one deterrent of poaching.

In Tanzania each hunter pays a daily $150 conservation fee that keeps poaching scouts in the field. For the normal 21 day elephant hunt, that adds up to $3,150 per hunter, money that is used to stop poaching. The sad history is that in Africa hunting bans do not work.

Here are some examples. The most famous hunting ban in Africa took place when Kenya abolished it in 1977. After the ban, elephant numbers plummeted from 175,000 to 30,000 Black rhino numbers went from 8,000 to around 500. Some will argue that this decrease did not happen because hunting was stopped. They’ll note that poaching increased. OK, but when you stop hunting in Africa, poaching increases. Every time. It is the safari hunters, professional hunters and their scouts, plus the local villagers who benefit from safari hunting, that help keep the poachers out. When hunters are in the bush, poachers are less active there. It’s plain and simple.

Another hunting ban took place in Tanzania in 1973 when there were 380,000 elephants and 18,000 black rhinos. When hunting was reopened ten years later, elephant numbers were down to 80,000 and black rhino numbers were thought to be less than 100. Robin Hurt, famous conservationist and safari operator in Tanzania notes that after the ban was lifted, elephant numbers grew to 130,000 in 2009.

Since that time, poaching has increased dramatically and more funds (more than is provided via safari hunting) are needed to bring poaching down. The recent ban will do nothing to increase elephant numbers since safari hunting isn’t the problem. Poaching is.

Another ban took place in the Democratic Republic of Congo (you will recognize the former name of that country as Zaire) in 1984. There they have the forest elephant and although estimates are almost impossible to obtain due to the dense forest jungle, since the ban forest elephants are rare and white rhinos are gone.

Stop hunting. We’ve heard it and we’ll continue to hear it. Stop hunting sounds simple, but it is a complicated, negative policy for wildlife.

Off Season to On Season

Calling 'Em Out Of The Strut Zone