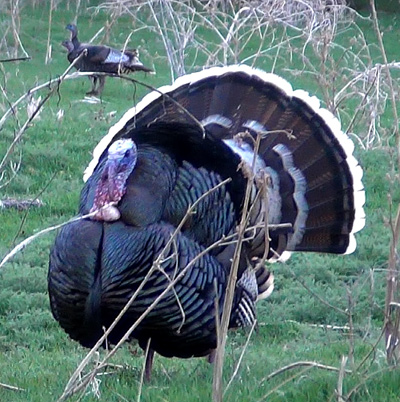 Fred and I set up a 3rd Double Bull blind. This time we put it in the area on the opposite side of the Strut Zone field, between the field’s edge and the woods. We had seen lots of turkey traffic here before.

We had our bows with us and we stepped inside the blind for an afternoon hunt. Some fences as well as a few unused farm buildings were to our left. In 30 minutes we began seeing wild turkeys come into that area.

Half an hour later we had a handle on some of the turkey movement in that area. Hens and gobblers walked parallel to the metal and wire fence. and some ducked under the wire fence and came into the area between the woods and us.

Fred called on his Woodhaven cherry slate to see if we could get the gobbler on our side of the fence.

The place the turkeys had ducked under the fence was 40 yards further down the fence. We waited and saw the gobblers follow the hen as she went under the the fence. But she went into the woods and the gobblers blew us off for the hen. We settled in and waited as more wild turkeys entered our area. 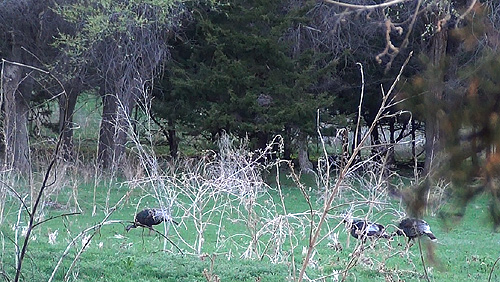 Fred called intermittently the next two hours. Then he whispered that a big Merriam’s longbeard was looking at our decoys. It was further to the right than I could see. And I got our my Leupold Rangefinder in case I needed to tell Fred how far away it was. 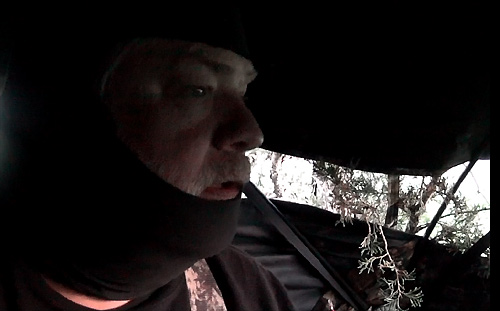 “He’s on the move,” Fred said. I saw a hen 50 yards out and then I noticed the Longbeard’s head in the bottom right of the camera’s viewfinder. 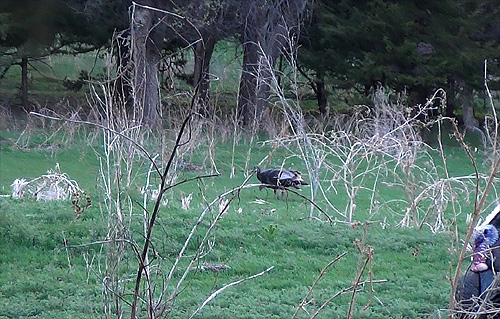 “He’s coming in,” Fred said.  I told him I had the video camera on him. 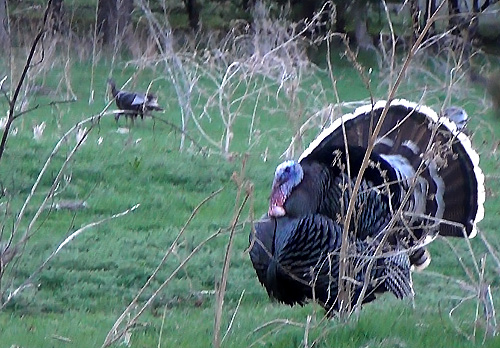 I zoomed in for a close up. Truly a beautiful, mature longbeard Merriam’s gobbler. 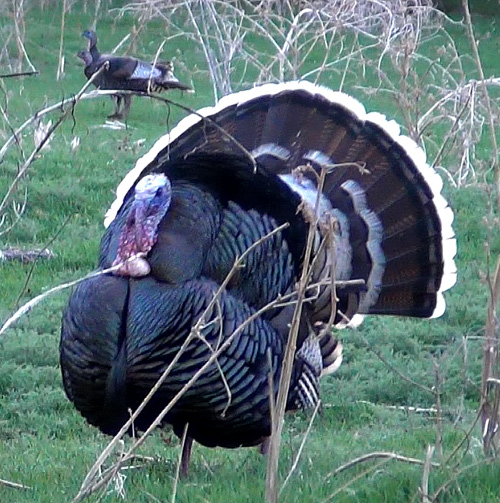 The Longbeard took a few steps and Fred shot. His arrow is the streak in the picture below. 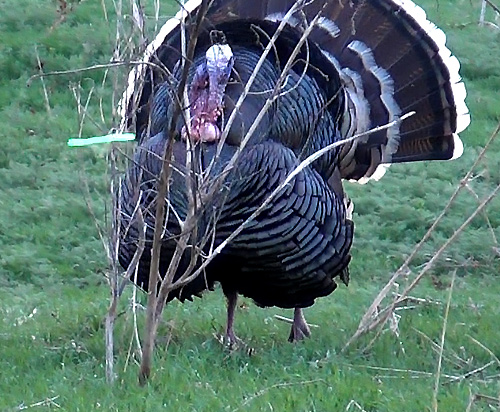 The Longbeard jumped and and landed two yards away. Fred said, “I missed him. The arrow went through his feathers.” Fred reached for a second arrow but the gobbler walked away before Fred was ready to shoot again. 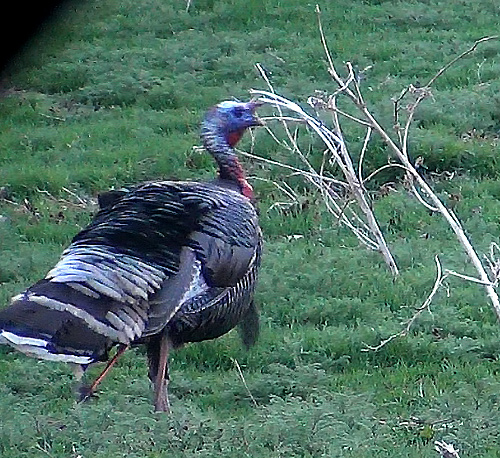 It happens to all of us. But it doesn’t happen to Fred much.

Before long there were no wild turkeys in sight and daylight was fading away.We walked back to the farm house and ate a great tasting home cooked dinner. Tomorrow was another day in the Nebraska wild turkey woods.

What is a Hybrid Broadhead & Why You Should Try Them