by Babes, Bullets Broadheads
in Bowhunting Posts
0 0
A A
0 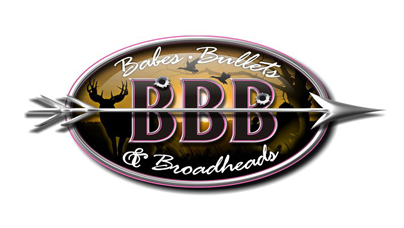 Some people are born into a hunting family. Some people are introduced to hunting later in life. Once the seed of hunting has been planted, it attaches itself to your body, your heart, and your soul.

I was 17 years old when I was introduced to the sport of hunting. As with most, I began hunting with a firearm (a .30-.30 Marlin). I enjoyed all of my hunting experiences that involved using this choice of weapon and after practicing and practicing and practicing some more, I became an excellent shot. I gained the confidence that, if given the chance, I would undoubtedly bring home an animal while hunting with my gun.

For ten years, I was content but in time, I got bored hunting with only my firearm and was curious about hunting with a bow. I had always been fascinated with the idea of hunting with “sticks and strings,” but was not convinced I had the upper body strength to pull back a bow. However, for Christmas in 2006, my husband gave me a used High Country Outlaw compound bow so I could familiarize myself with this new weapon and I began practicing. After hours of conditioning, I realized that I was starting to fuel a new found obsession.

Although modern bows are much more advanced from the bows of yesteryear, these weapons still retain the attractive element of simplicity. There is something very spiritual about using a weapon that, even thousands of years ago, was the most effective means of harvesting an animal.

Beyond the spiritual and historical aspects, bowhunting allows hunters to observe animals on a whole different scale than when using firearms. When using a gun, I almost always hunted from a tree stand. And when I did harvest a deer, I was always at least fifty yards away. As a beginner bowhunter, my maximum shooting range is thirty yards. So, now, my targets must be thirty yards or closer in order for me to take a shot. I feel much closer to the action and I get to watch a fascinating show as the animals scurry around so close to me.

Bowhunting is also comparatively quiet. Due to technology and master craftsmanship, modern bows have very little vibration and make very little sound. This enables a hunter to make a silent shot and reduces the risk of disturbing nearby wildlife that may not have yet made an appearance. I have heard several stories of hunters who have managed to harvest two deer in the same field within minutes of each other while using a bow. However, if a firearm had been used, any remaining deer in the area would have quickly fled the scene in response to the noise, making two harvests nearly impossible.

I love hunting with my bow and if distance was never a factor, would put my firearm away and bowhunt exclusively. For me, there is something primitively satisfying about stepping back in time when things were simpler. Before firearms, “sticks and strings” were one of the best means of providing meat for a family. Bows and arrows, even today, can provide modern sportsmen and women with a sense of that primitive aspect of the hunt. Also, the feeling of harvesting an animal as it was done thousands of years ago is mystical.

I encourage all hunters, if you have not had the opportunity of hunting with a bow, to discover what hunting felt like at the beginning of time. Whatever your height or weight, whatever your knowledge level of experience, new technology allows us all the recapture such ancient hunting adventures. Check out today’s “sticks and strings” and discover you’re inner primitive hunter.