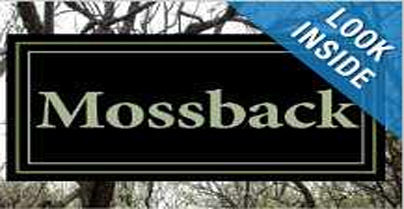 Mossback is a heart warming story of an old man’s quest for a great buck others called a ghost buck.

Most bowhunters have experienced the thrill of pursuing one particular buck. I know that back in 2004, wow has it been ten years, that I spent the better part of a year trying to pattern an elusive buck, that my daughter named Lew. I don’t know why, but it was the first thing that came out of the then 3 year old.

Mossback, by Kenneth Fore, is the addiction that one man’s quest for a whitetail buck so named. Melvin, the main character, was so intense on his pursuit for the buck that Mother Nature could not get in his way.

I have experienced the same desire, battling Mother Nature many times over my 35 plus years of pursuing whitetails. Melvin however takes it to the extreme, as this conflict consumes him to the point of almost costing him his life. Mother Nature takes on so many characters within the story, weather, animals and terrain. The final hunt itself takes on so many twists and turns that there is no way of knowing what is expected to happen next. 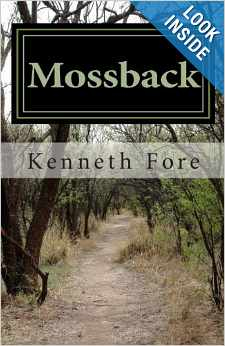 Melvin is the type of character who has struggled through times of a hard life that was only quieted by the love of his life, Martha. Kenneth’s book at times will unfurl the memories of Melvin, many pleasant, but just as many if not more a struggle that shaped the hunter into what he was during this time, the autumn of his life.

Mr. Fore also has a way of mesmerizing the reader with his descriptions that make the pages come to life before your eyes. Because of the scenarios he paints for every event, this book is hard to put down and the pages will fly by. Descriptions of hunting setups immediately recall similar setups of my hunts through the years.

Another plus is that the makeup of the book, the fonts and spacing, is a pleasure on the eyes and makes for easy reading. Too many books now a day seem to pack letters and sentences close together, well then again maybe it is just me!

The final chapters will have you questioning Melvin’s actions, did he do the right thing and how would I react if in his situation. The ending has you wondering what really happened, running different scenarios of how the next day unfolded. Maybe another book is in store from Kenneth!

Mossback is truly a hunter’s book but others will benefit as well. Mr. Fore’s writing style, as mentioned earlier, has a way of placing the reader within the scene. I highly recommend it, as it will be enjoyed many a night after a day of hunting in the coming years, if the good Lord allows it!

To Order Your Copy:

Mossback is now available as an Audible book. The voice actor, Joseph B. Kearns had a lot of favorable comments about Mossback.

Also available from Amazon in paperback and Kindle Editions.

For more go to: The Story Behind Mossback

Joe Thomas Harvests the Mule Deer of a Lifetime