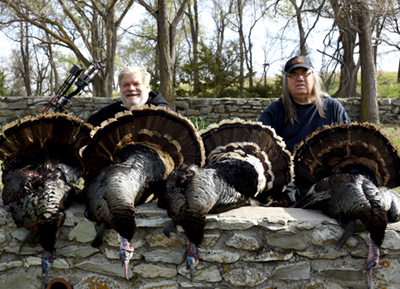 After our Nebraska hunt Fred and I planned to go Gregory, South Dakota to bowhunt Merriam’s gobblers with Dave Keiser of Double Bull Guide Service. On our last day of the Nebraska hunt Fred had tagged 3 Nebraska gobblers. And I had taken two, however one had been mauled and gobbled up by a coyote or other predator.

Before Fred left we took our traditional picture of the gobblers from our hunt.

Our plan was to leave for South Dakota early enough to arrive before dark. Our Nebraska host, Terry, had previously mentioned that he needed to drive to Gregory the next day so we decided I would hunt the next morning and then we would both go. So Fred headed out with my pickup.

Before daylighnt the next morning I walked to the picked corn field and got in the Double Bull there. It took an hour before I saw any wild turkeys. A hen walked by my two decoys. And across the field a gobbler appeared on the edge of the field. 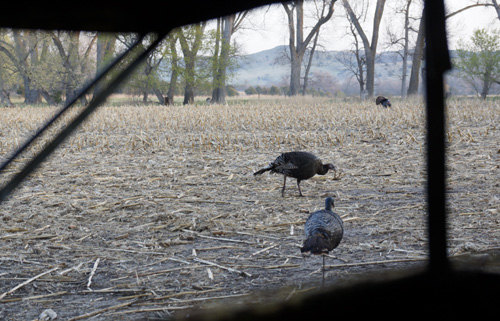 I yelped at the gobbler and he sounded off loudly as he moved in front of two “Y” shaped trees and opened his fan for all to see. 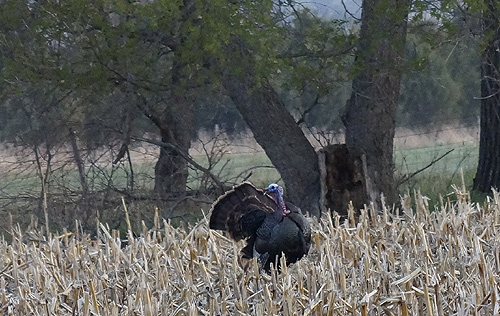 Then he strutted along the edge of the corn stubble. Every time I yelped or clucked he gobbled back. 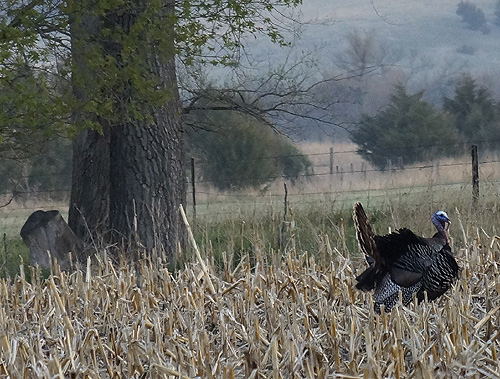 The strutter came in my direction. He needed to come 60 yards further to be where I needed him. 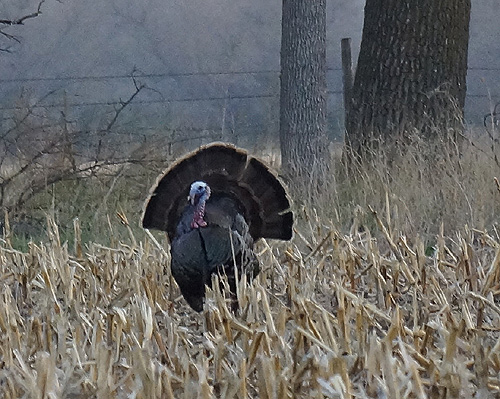 Just then two deer crossed the field in front of my decoys. You can see the gobbler in the picture below. He is waiting. 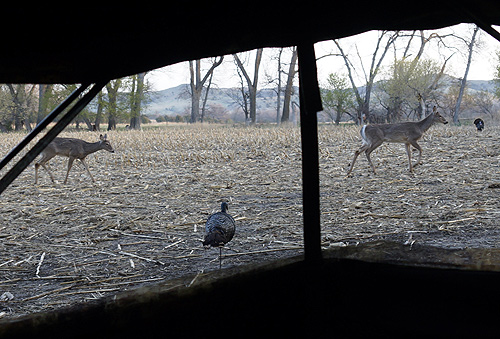 There were some more deer. A young doe took a close look at my hen decoy. 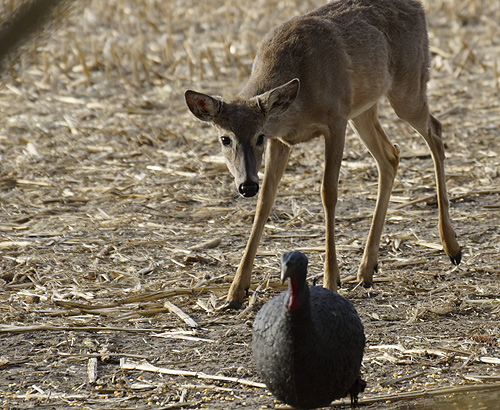 And this buck with his starter antlers was arms length from my shooting window. 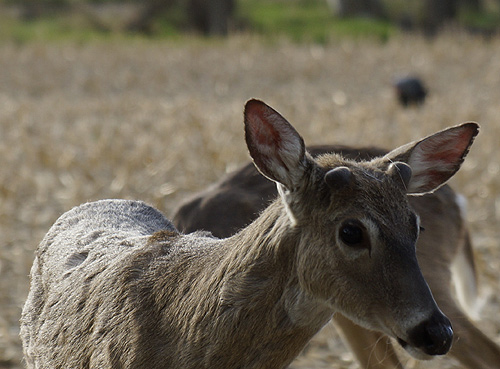 Here are three more deer. They were courious about the decoys but weren’t concerned about the blind. All the deer walked past me and then went into the adjacent cow pasture. 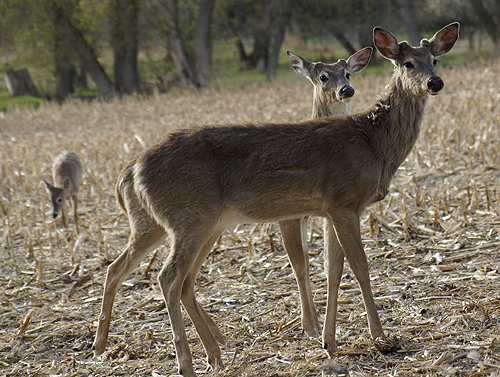 The last wild turkey I saw hurried along on the opposite side of the field. 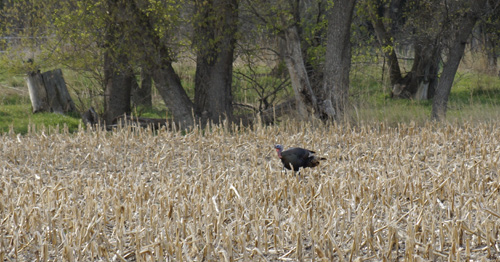 I sat quietly for another hour, thinking about this year’s Nebraska hunt and this corn stubble field in particular. The majority of the wild turkey activity had been on the opposite side of the field, in the trees between the stubble and the Strut Zone pasture. I took a picture of the area for reference. Next year my blind will be in that skinny line of trees. 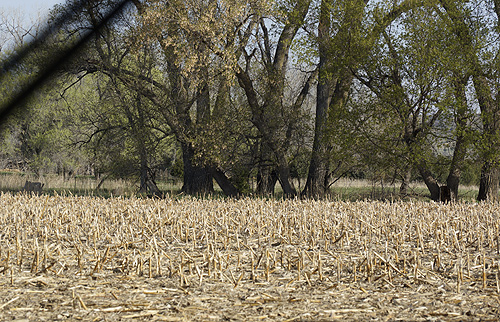 Terry was ready to go when I got to the farm house and we drove to Gregory, South Dakota where he dropped me off at the headquarters of Double K Guide Service.