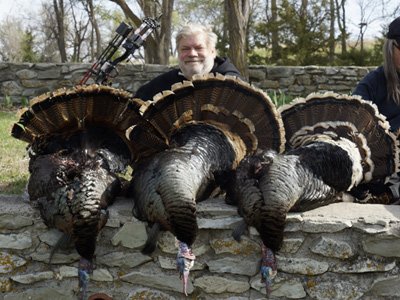 On the last morning of this year’s Nebraska bowhunt Fred Lutger returned to the picked cornfield area. After daylight two hens entered the field and a strutter showed his stuff on the edge of the field.

The hens continued through the corn stalks. Fred began calling on his Commando slate and the Strutter walked into the corn stubble at the field’s edge and looked our way. His head bobbled back and forth between the real hens and where Fred was calling. 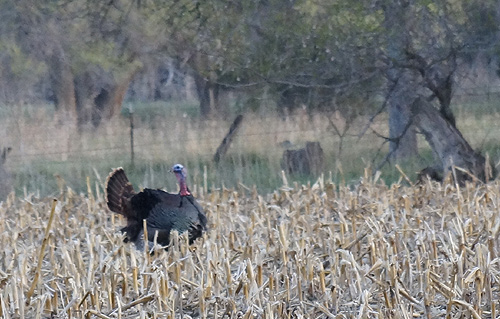 The Gobbler dropped his strut and covered a little ground … and paused when he was in front of our blind. 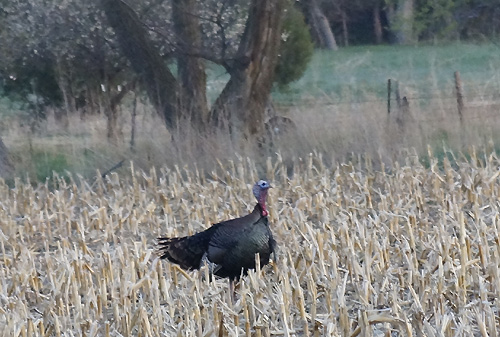 Fred talked to him with the slate and the gobbler responded by fanning out his tail feathers. He was still interested in the real hens and his head continued to go back and forth between them and our decoys. At this point the gobbler was about 10 yards further than Fred wanted to shoot. 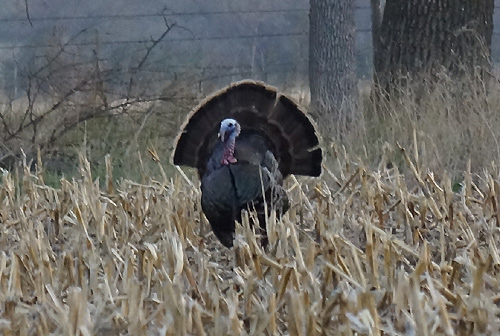 Fred stopped calling. The gobbler was aware of where the slate sounds were, Fred didn’t need to call any more. Fred waited patiently. 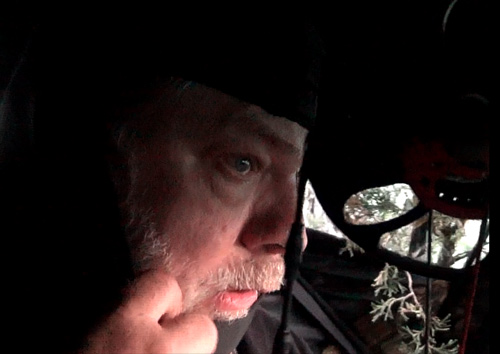 The Strutter took several steps forward which also got him closer to our ground bind. Fred drew and put his top pin on the gobbler’s vitals. 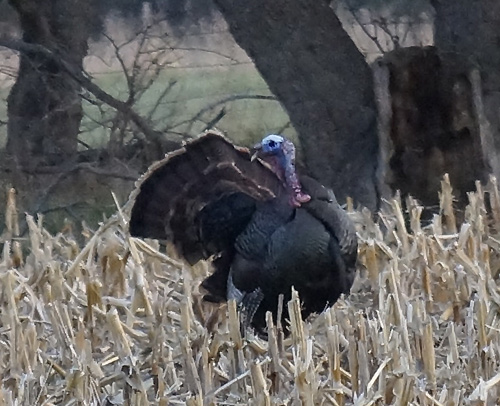 Fred’s arrow hit perfectly and the gobbler ran to our right and dropped in the two track that goes around the perimeter of the field. 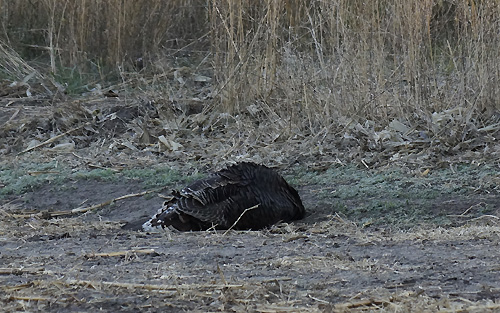 This was longbeard gobbler number 3 forFred on this hunt. He carried his Tom back to camp and we took pictures of him with all 3 of his Nebraska gobblers. 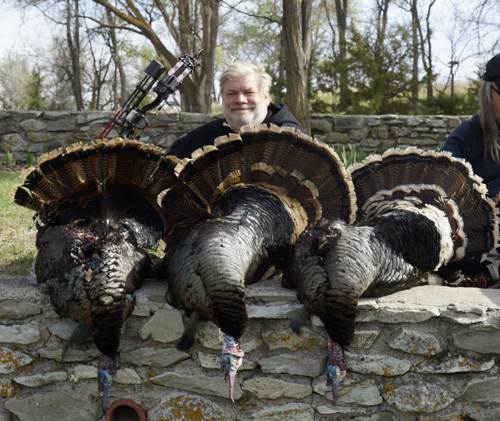 “My broadhead is the Grim Reaper Whitetail Special. I shot 3 longbeard gobblers with it on this bowhunt and watched them all drop. They call this broadhead the Whitetail Special but I call it the Turkey Special. It does major damage on the initial hit. Wild Turkeys can be difficult to find if they fly or run out of sight so you want to see them go down. With this head I normally see them drop in sight.”

“My bow is a PSE Archery EVO 7 and it’s been on a lot of hunting trips and received plenty of bumps and bruises from airplanes and pick up truck beds. I always shoots dead on for me.”

Double Bull Ground Blind: “If you bowhunt for wild turkeys Double Bull is the ticket. Turkeys don’t pick up the movement. And if you video it has the right placement on it’s windows for videoing. I’ve used cheaper blinds but they aren’t made as well or as quiet.”

CALLS: “I used the Commando Pro Staff Series and it had a true turkey sound. I used their glass and slate calls and received answers from gobblers with both. They called in a lot of gobblers on this hunt.”