One Day Later At The Tall Grass Area 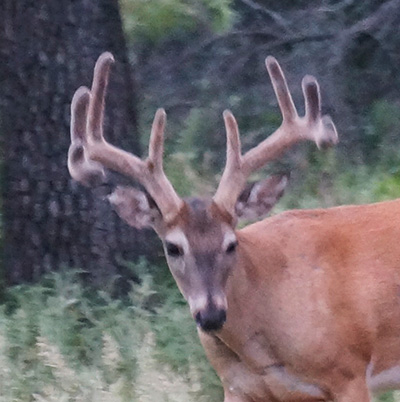 This morning I just had to return to the blind by the long grass, in hopes I might get another look at the wide buck from yesterday.  Before it was good picture light I saw a buck about 60 yards away. His back was to me and I thought that he might be yesterday’s buck. I took several quick pictures and on the last one my camera figured out the light settings and gave me a half way decent pic. I couldn’t tell if it was him or not.

The buck didn’t hang around. Soon it was daylight. A doe with a fawn  came through. Here’s the fawn. 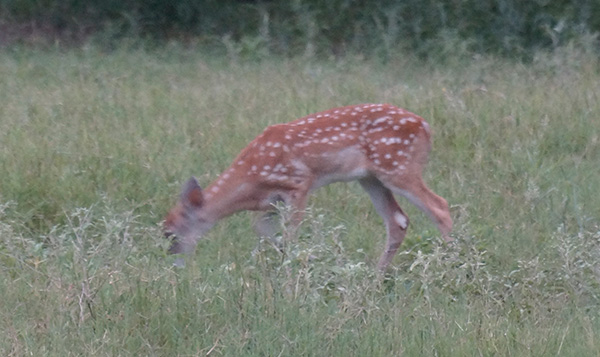 When I looked up from taking pics of the fawn I got a surprise. Yesterday’s wide buck had come out of the trees by the gulch and was walking toward me. 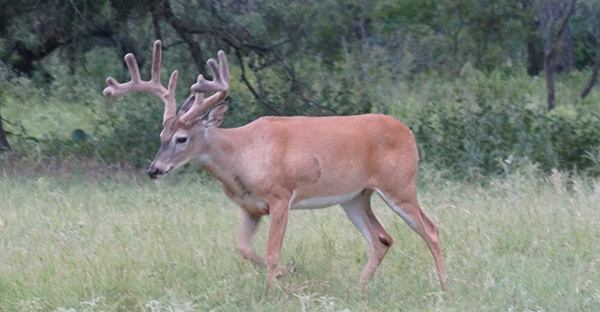 He came in close. I framed him up and took his picture. 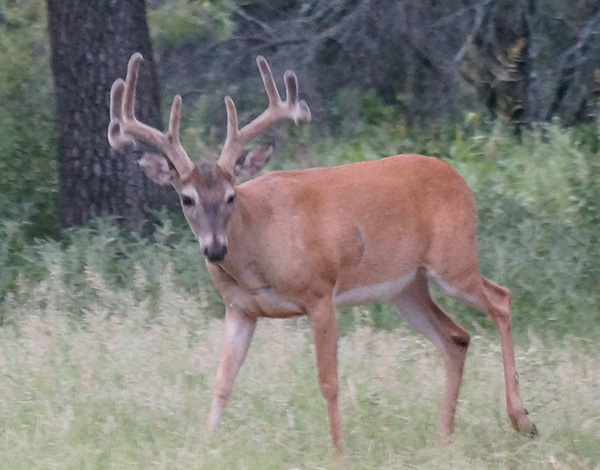 I kept him in the viewfinder and followed him. When I looked through the pictures later on, the one below was my favorite. My guess was that he would go into the tall grass like he did yesterday morning. 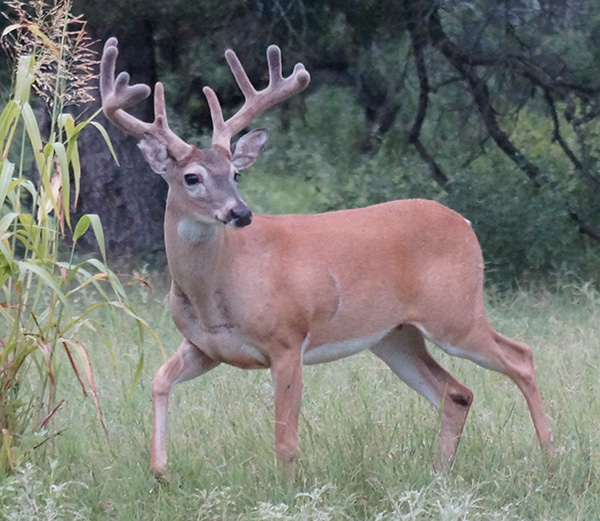 But today he didn’t go into the tall grass. Instead, he walked along the edge of it, perfect for more pictures. I kept him framed him up and got picture busy. He was walking at a steady pace. Now he wad directly between me and the grass. 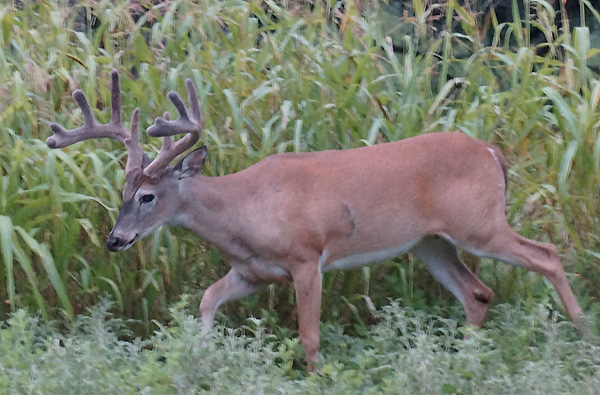 Here is another tall grass picture. 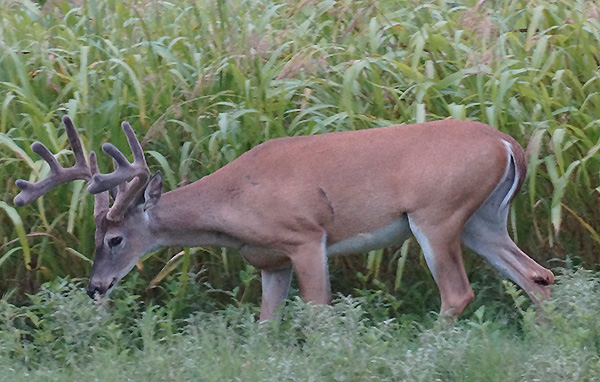 He cleared the tall grass and preceded toward the scattered trees and the fence to the west. He was getting ready to give me a heck of a surprise. 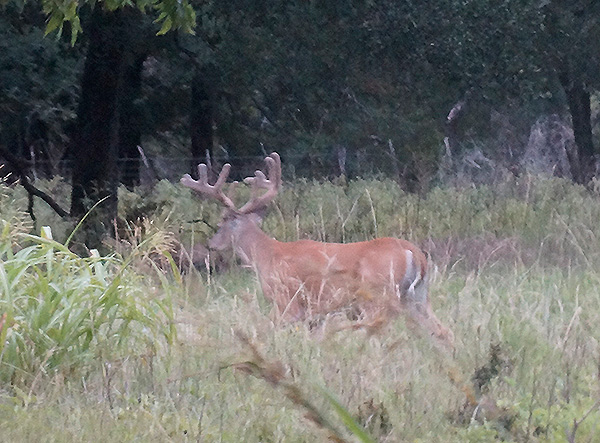 He stopped near a tree with overhanging branches. 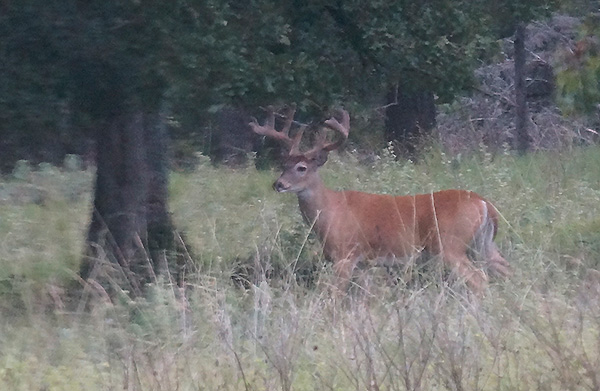 Then he reached up and grabbed a mouthful of branches and leaves and commenced to yank, chew and twist them vigorously. 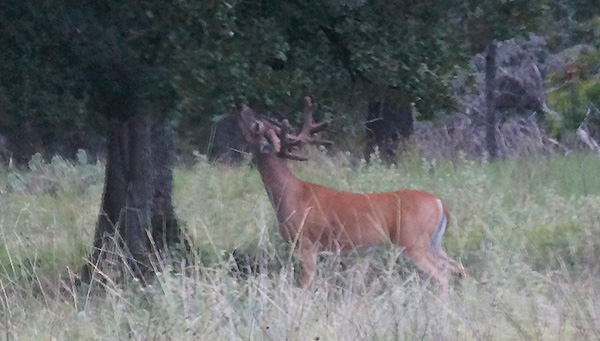 After a minute of more of limb abuse he stopped and looked all around him. 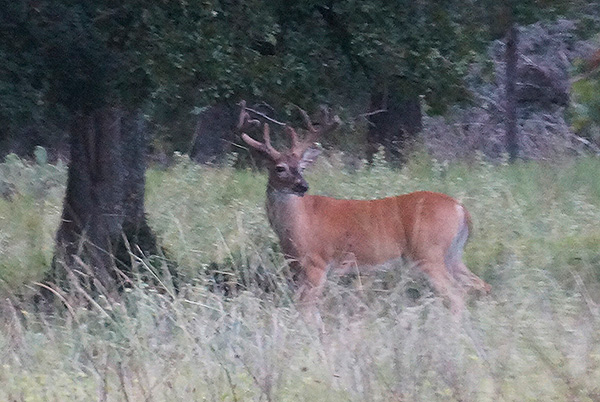 Waahhoo! He raked the ground with his front hooves. He was really after it. If you’ve ever wondered how early bucks will work tree limbs and make scrapes now you know. 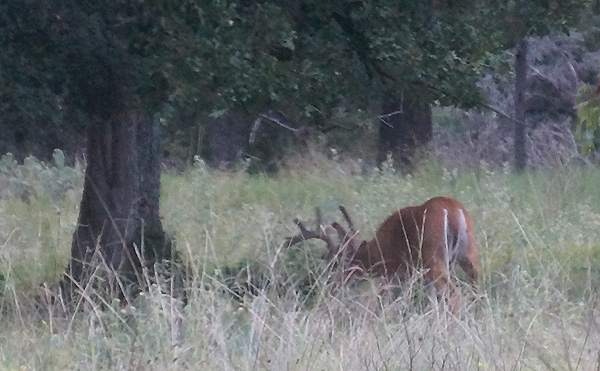 Once the job was done he changed directions and went off the the south. 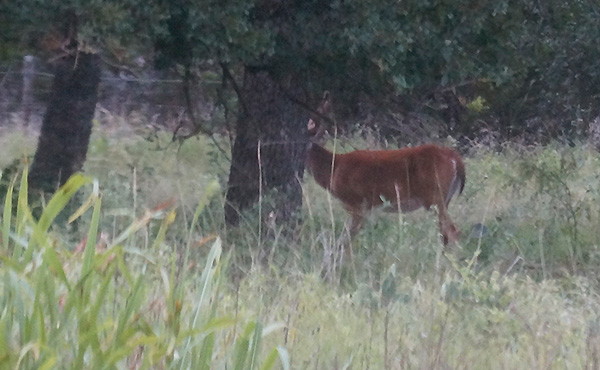 This buck is a very good buck for our area. He has 10 points and with 6 or more weeks left to grow taller tines and longer main beams he should be a star in our deer population. Todqy he really let us get a close up look at that wide rack he’s growing. I’m gonna call him “Double Wide.”