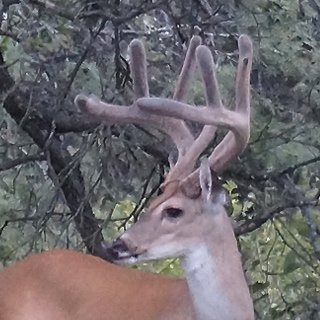 Last year I followed, in pictures, (whenever I got the opportunity) a buck I called “Stuck Up” — named that because of the fine array of stickers he had on his tall 10-point set of antlers. I saw him after last year’ deer season, during January thru early M arch when he shed his antlers.

I’ve been looking for him.

Bingo! Today was the day. This morning  I noticed a buck in the trees to the north and took its picture. 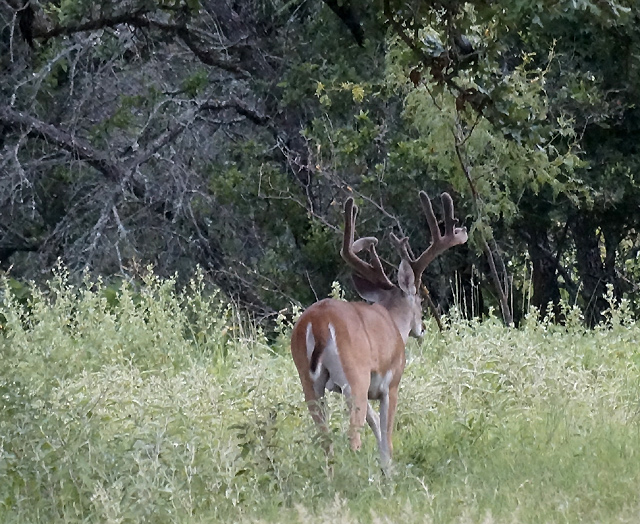 One of the perks of having a camera with a good zoom is that you can use it like a binocular. So I zoomed in on the buck. 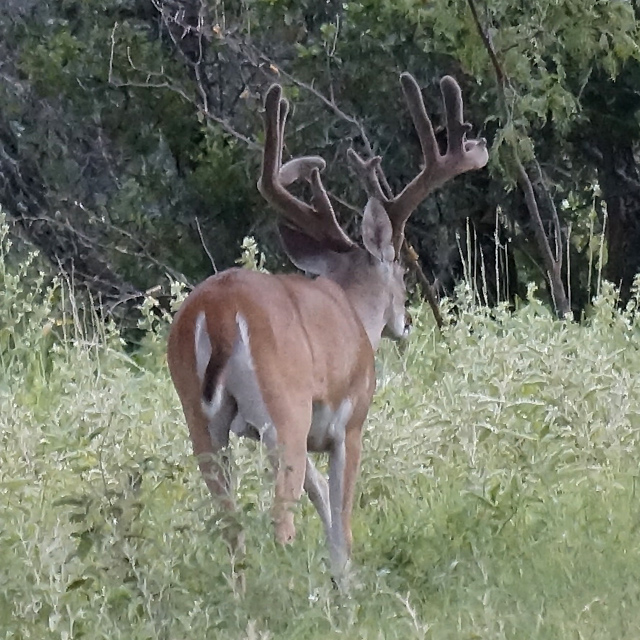 He was walking around browsing on the tasty weeds and summer plants that are indigenous to the little valley and the woods where I take pictures and bowhunt. The buck was definitely looking good. 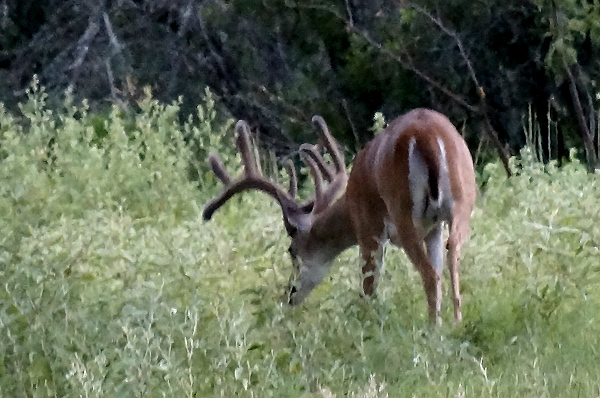 I followed him along the edge of the woods (with my camera) and took pictures as he walked leisurely around the area. 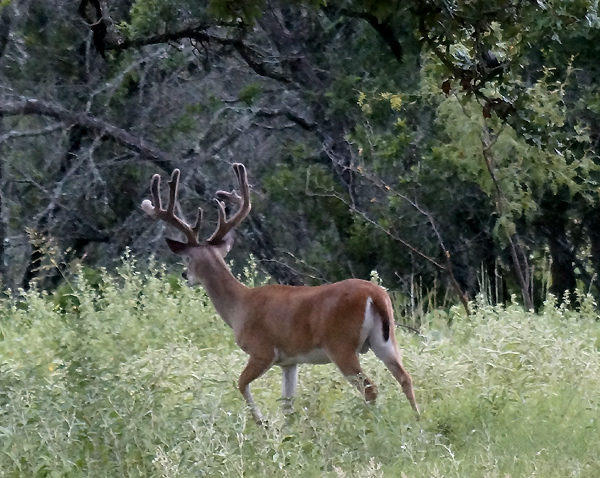 He zig zagged around, like deer do when they are browsing, and was closer some times than others. We’ve had two recent rains and they greened up the landscape real good. 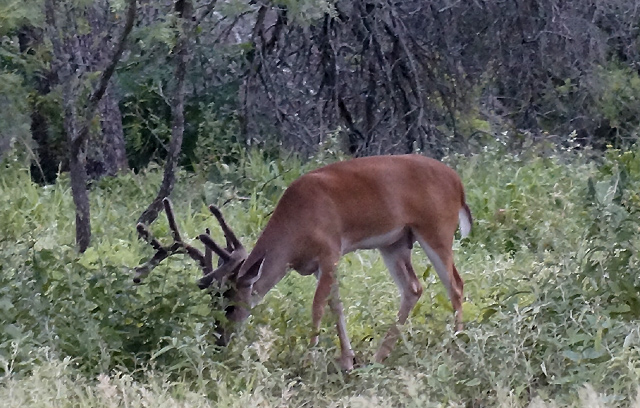 Also as deer always do, he paused to check his surroundings frequently. Notice the size of his head and length of his tines. Nice. 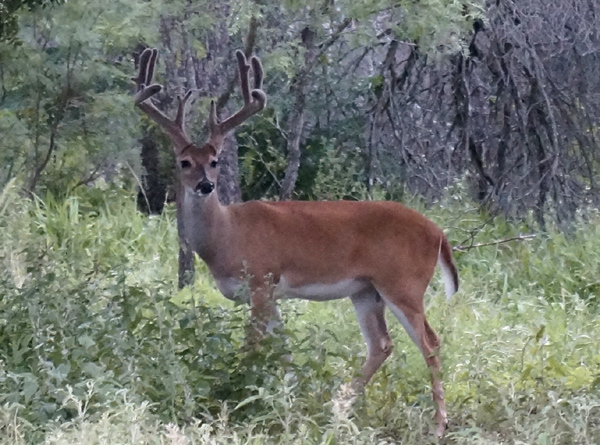 He is sure wolfing down a bunch of groceries this morning. 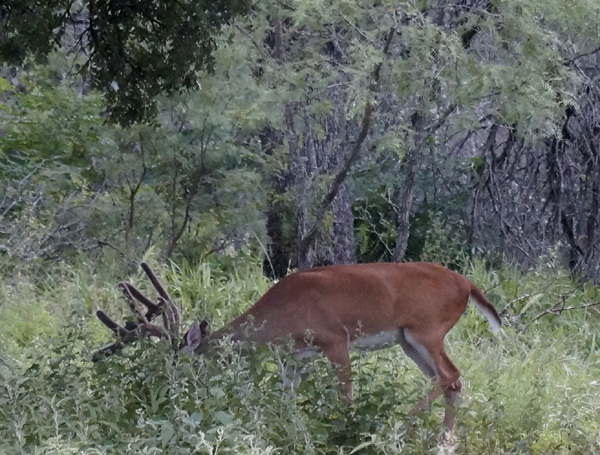 Right now, he has 8 points and the start of a 9th point on his right main beam. 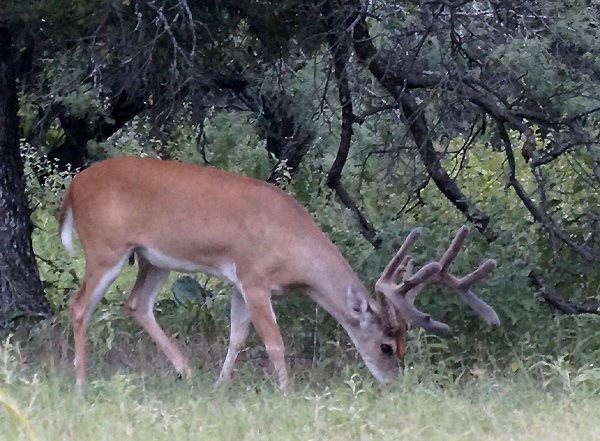 Last year his kickers were mainly on the bases of his main beams. This year he is growing some on his points. 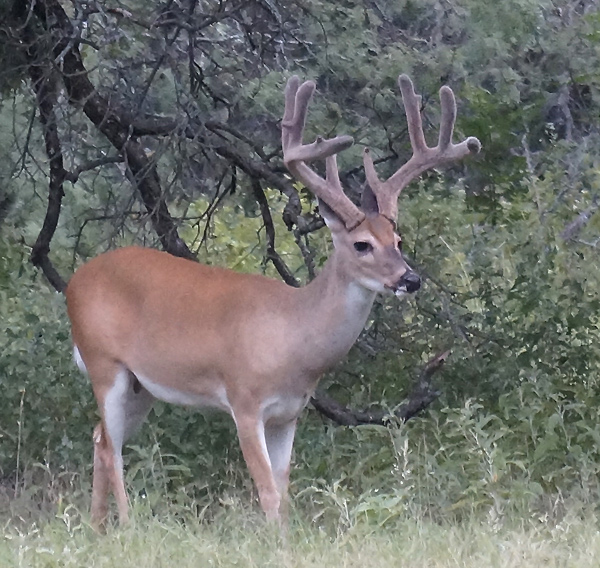 Here is the last picture. Actually, the way he looks now will change fast. For obvious reasons he will put on weight. His neck is skinny right now because that’s what happens from March to now. But h.His neck will thicken as late October and November get closer. And his main beams and tines will get longer. Last year he was a 10-point, and it’s no guarantee, but chances are good that he will be a 10 again this year. 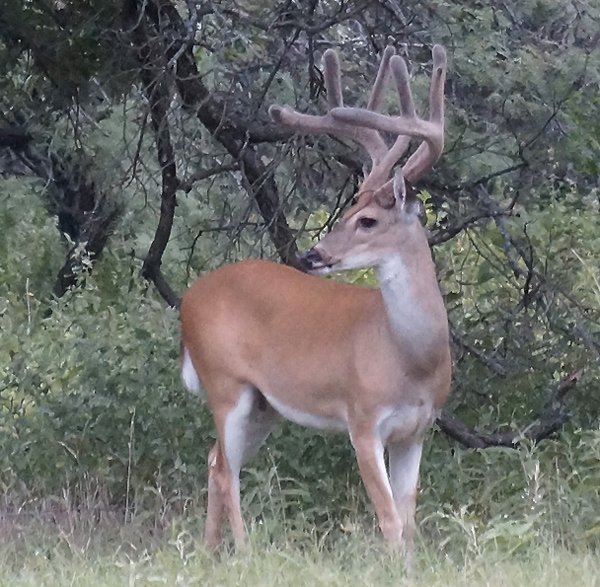 So seeing “Stuck Up” is a big day for me. And if my Sony camera can smile I think you’ll see a grin on it too.