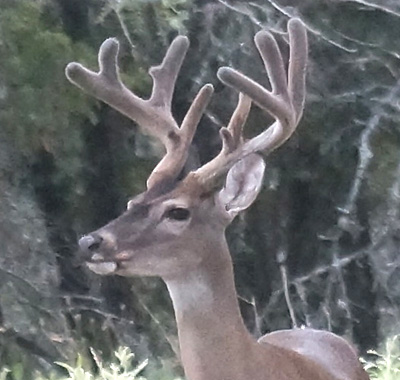 Last month I scanned  through year’s of deer scouting pictures. I wanted to know when it was that I first saw the bigger bucks show up in my area. It turns out that July 17 was the date. So on the 17th I watched daylight crawl across the overcast sky. A few deer walked through the area.

A nice set of velvet covered antlers caught my attention and the buck under them walked out of the gull. Looking at him through my camera’s viewfinder the image was pixelated due to the low light. But you got what you got, and I took its pic anyway. Then I viewed it and the buck’s picture looked ok. 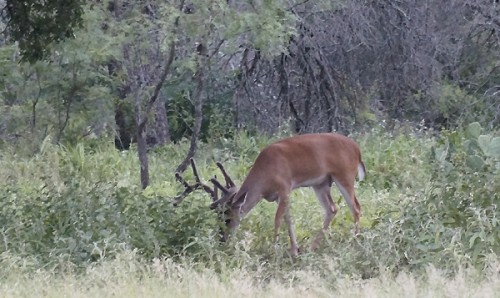 Then he casually walked in the direction of my ground blind. 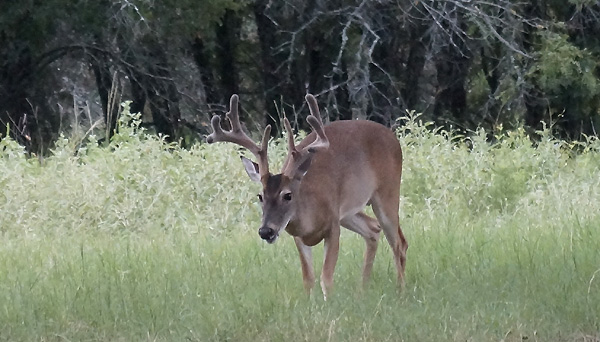 And just like I had him on a string, he came right up to about 15 yards and paused. I got on him and took his picture. Notice that his brow tines point in and from this angle they look like they are almost touching. 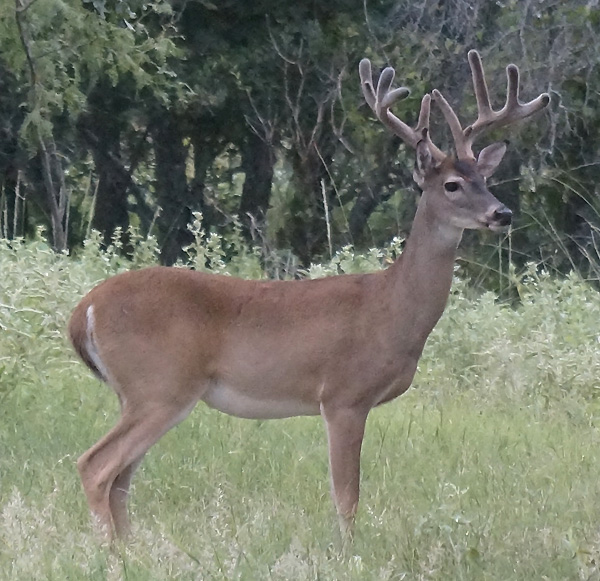 Earlier I had planted a food plot here but my neighbors’ cows got in it and turned the nice green plants into firmly stomped dirt. There is no way to know what the buck was thinking, but my take on it was he came for the food plot greens and, not finding it, turned to the north and started walking. 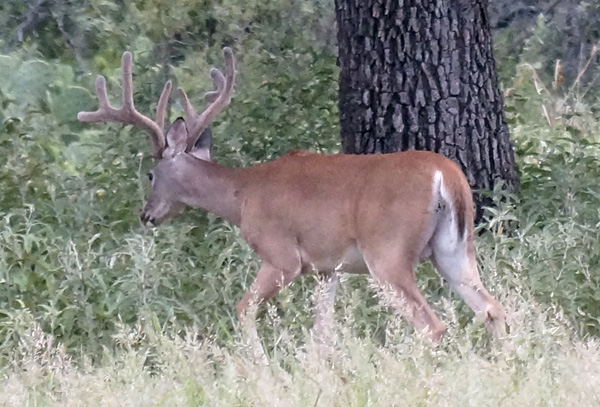 And he disappeared in the trees. 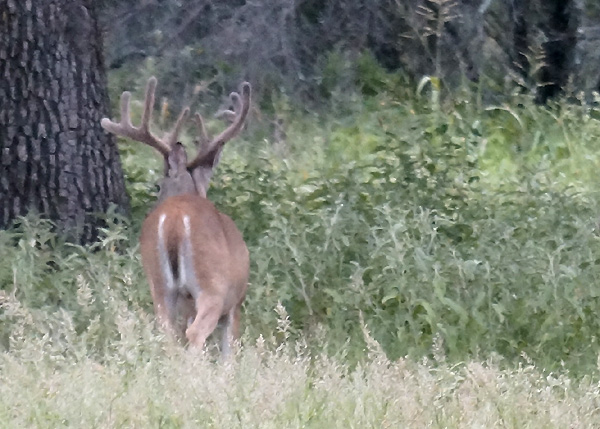 Ahhh, but let’s turn the time back to when it was low light and I first saw this buck. While he was browsing I noticed another buck, even closer, in the shadows of a tree.  This second buck was marking some branches, yanking and mouthing them. (Did you know they do that this early in the year?) 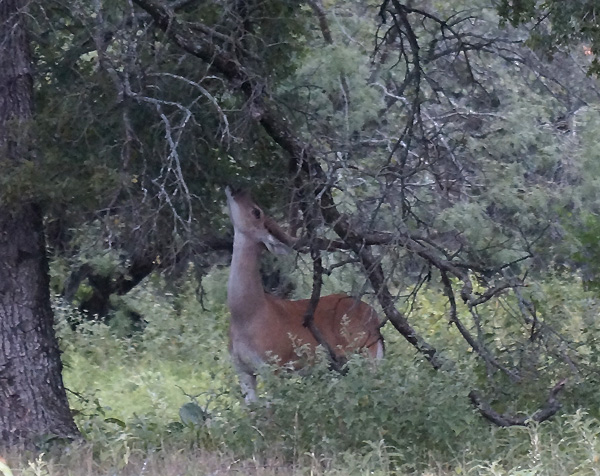 I put all the zoom I could get on my camera and took several pictures. Most of them were blurry, but this one was ok. 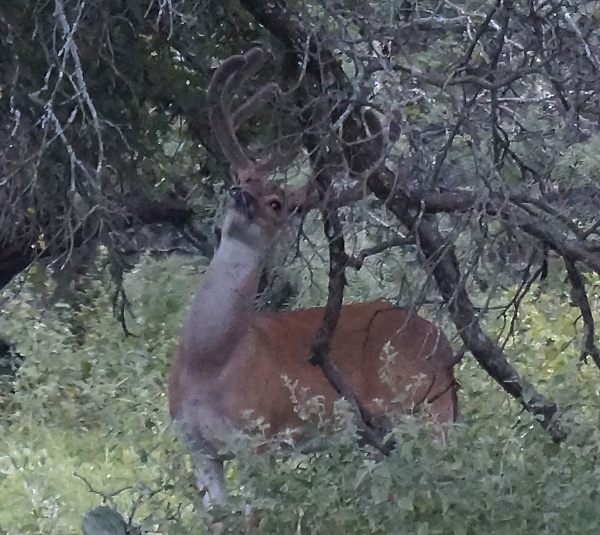 Unfortunately, he left before the light improved under the trees. I wasn’t able to get any better pics of him. But some things I can tell about this buck; he is older and larger than the first buck. And his rack is heavier, the tines are longer, and he has some interesting stickers going on.

Lets hope he comes back. Hey, it was another great July 17th.

Hang with me and lets see what 2014 looks like.