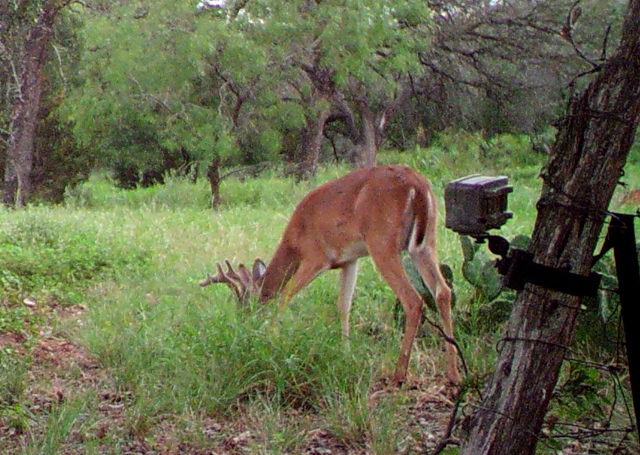 Good question. I’ve been using game cameras since they took the pictures on film and the digital ones were activated with magnets. The first digital cameras were, frankly, not that good. But today’s cameras all take good pictures and are easy to use.

Going back to my original question, do deer notice your game cameras? It’s a one word answer … absolutely.

And here are some pictures taken a couple of days ago that answer some more questions, like, does your camera spook deer? Or other wild animals? And more…

The young buck in the picture below is browsing on weeds in the grass.

The next day the same buck is back and it walks up on another young buck. 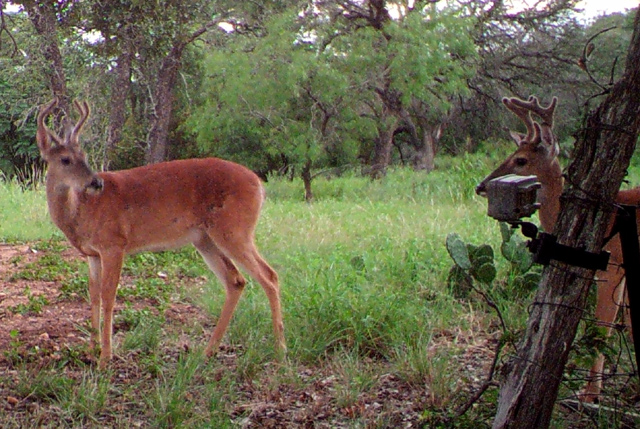 Thesmaller buck approachs the other buck and theycheck one another out. 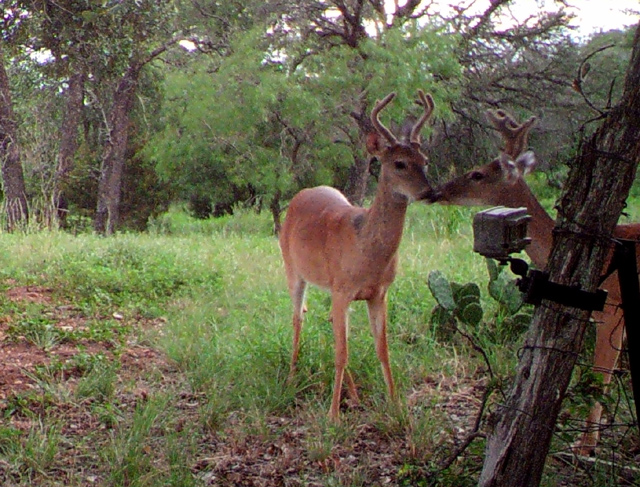 The smaller, small buck notices the SpyPoint Trail Camera I have mounted on a corner fence p ost. He is obviously very courious about the camera. These pictures are being taken by a new Moultrie M-880 set up for a 5 second interval between pictures. 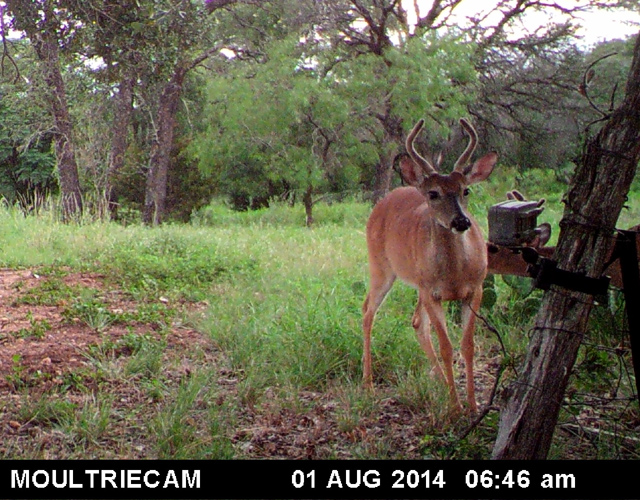 The buck looks the camera over. It’s a good thing I have the SpyPoint camera attached to a Bohning Aim-It Camera Mount and it’s adjusted nice and tight because he would have moved the camera around otherwise. 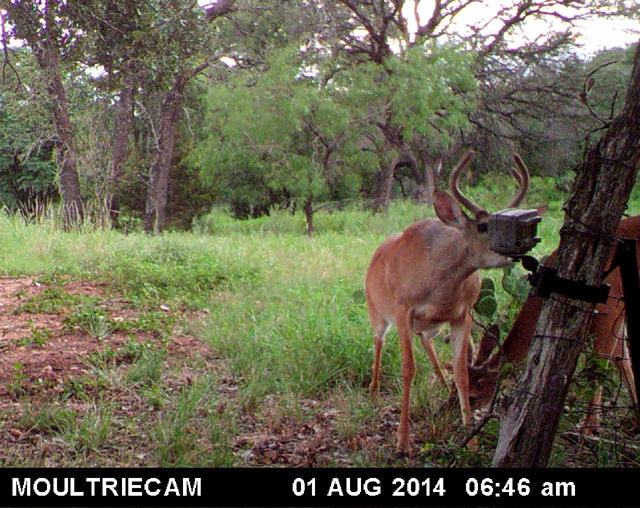 A doe with a fawn walks by. 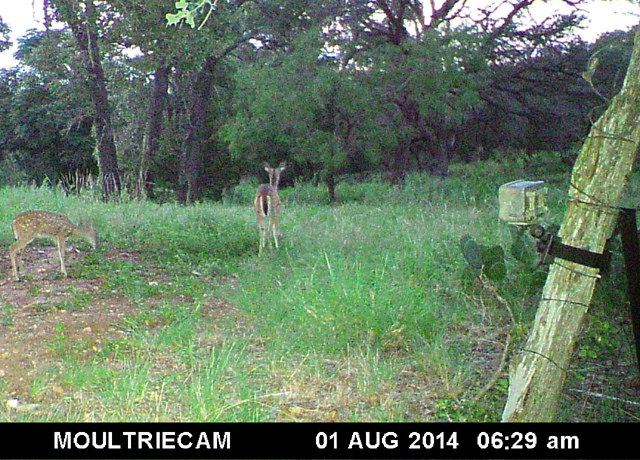 On July 31 our two bucks had another episode. 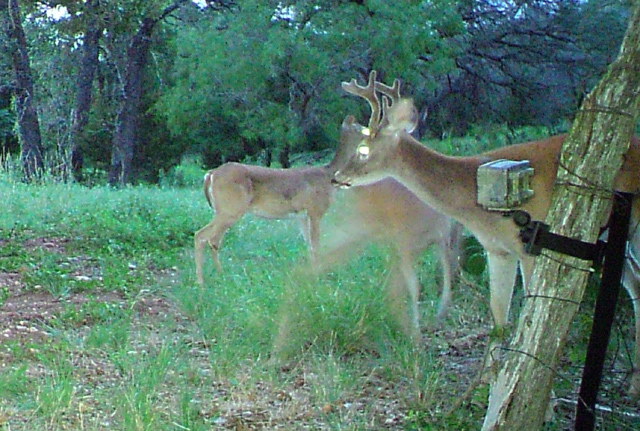 He’s got his eye on him. 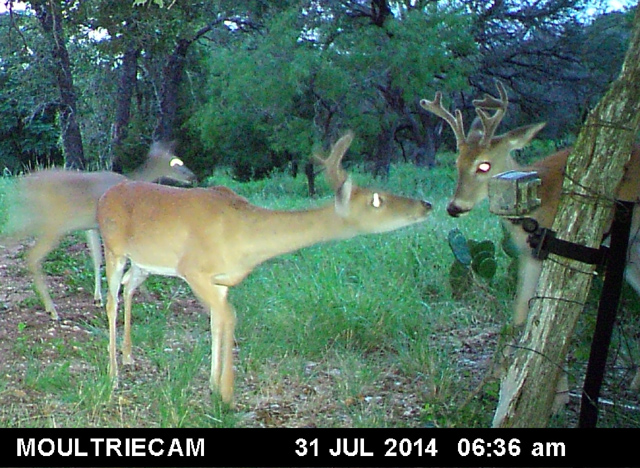 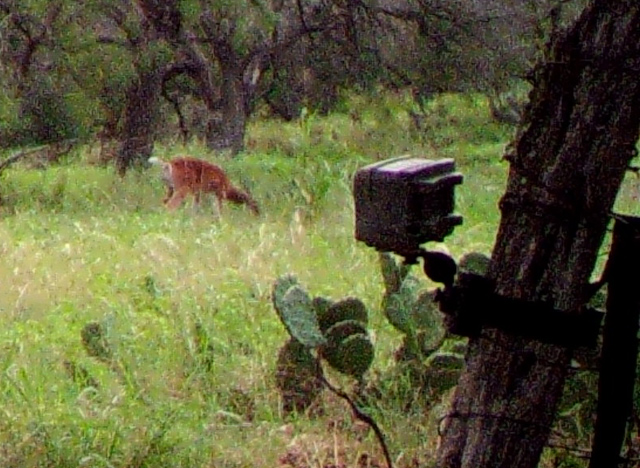 Two things about this picture. The deer is 45 yards from the camera, so it triggers out further than the specs. The second thing is that this deer is working the branches of that tree. And there were a dozen other pics on the disk that showed activity centered around this tree. That is information we can use. 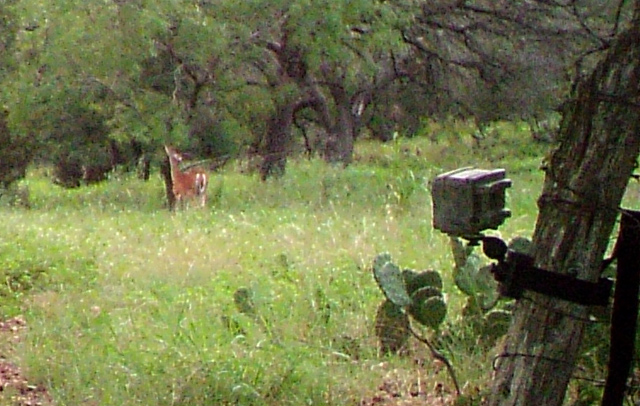 A new and interesting feature of the Moultrie M880 is that it takes Color Nightime Images. Here are a couple. 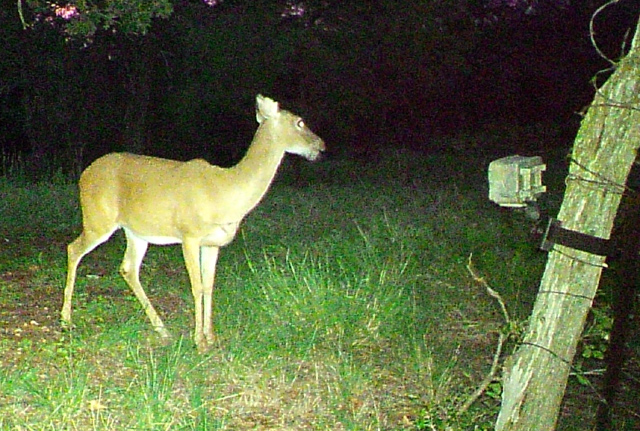 This raccoon is obviously very curious about the camera. It’s 4:05 in the morning and we have a nice color pic of the intruder. 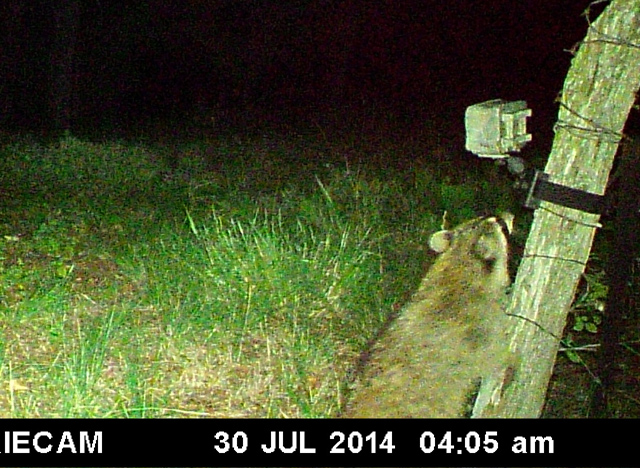 In case you’re wondering if Does notice your cameras, here is the answer. 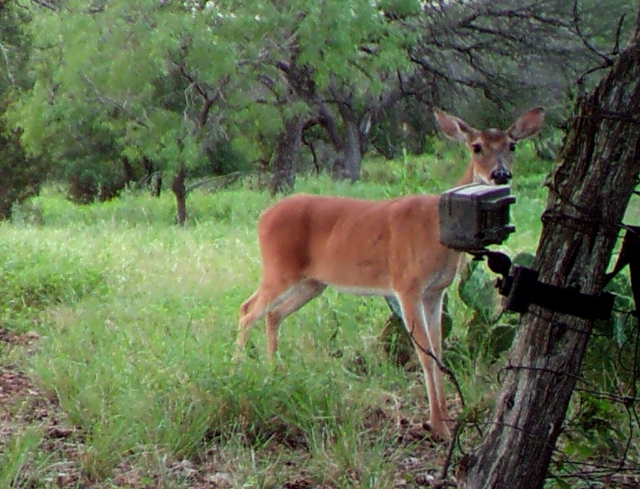 Another young buck walks by. 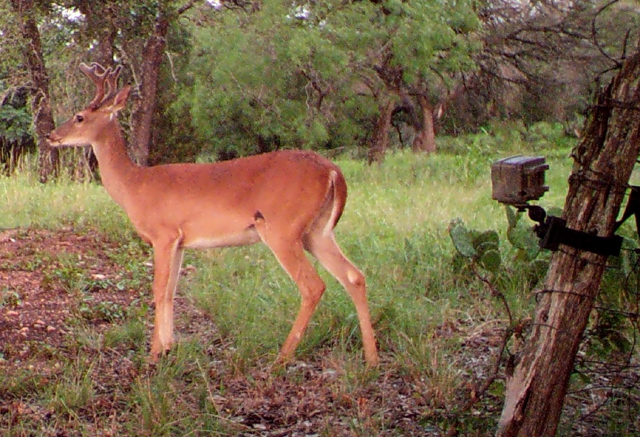 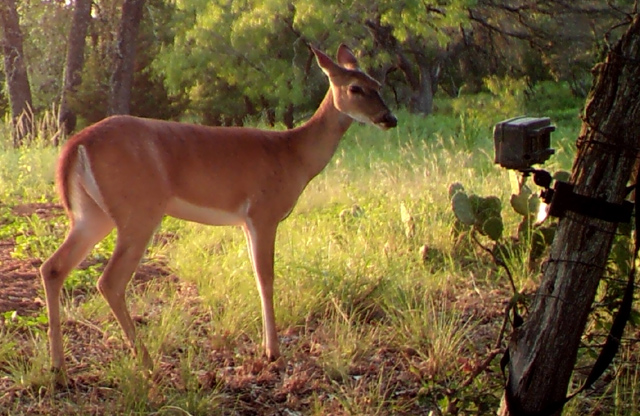 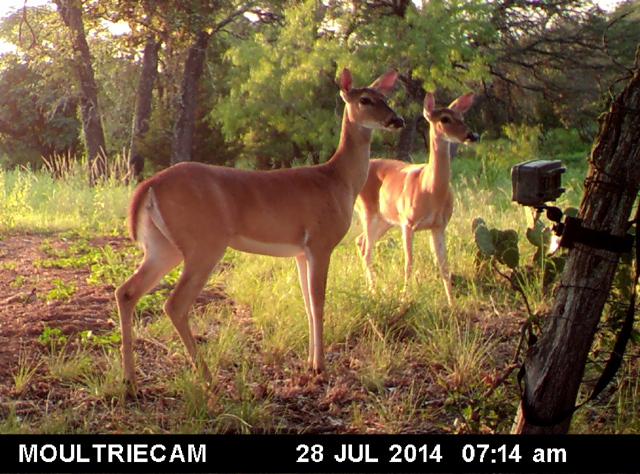 Here is the first picture taken on the camera. 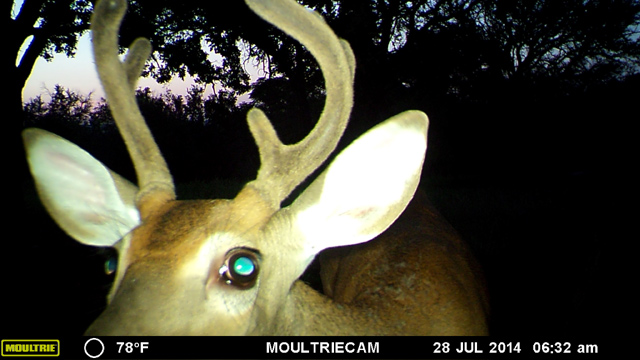 Back at our marking tree we have another deer pawing around and a second deer walking toward us in the early morning. 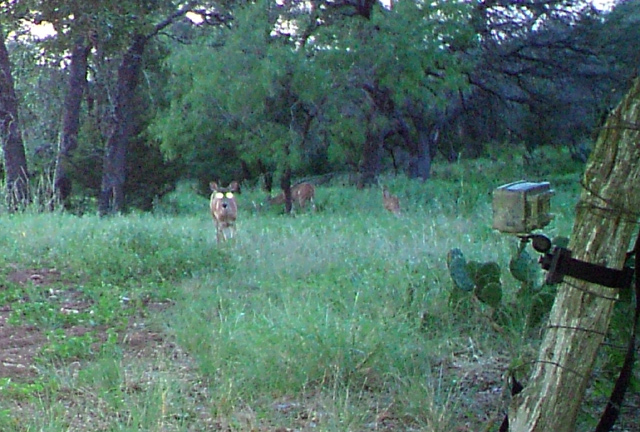 This Doe closed out the pictures taken. 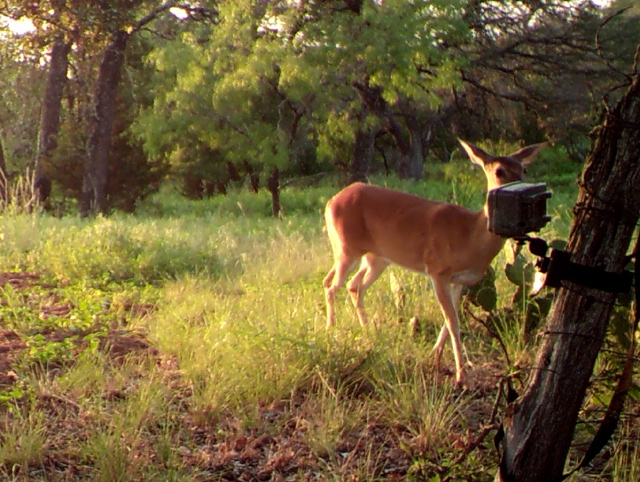 Look for more Scouting For Deer pictures. It’s August 6th and I’m looking forward to the picture excitement that always happens in August and September.