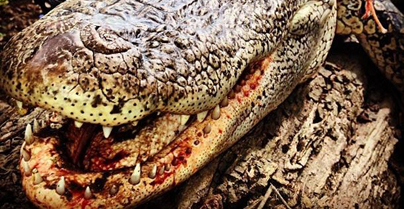 THE OTHER DAY I got a request from an editor who wanted me to offer his readers a tip on what it takes to consistently tag big whitetail bucks. He said a couple of lines would be good enough and not to write more than a single paragraph.

Talk about a challenge! Entire books have been written on the very same subject, and it’s always tough for me to condense savvy advice into a handful of sentences.

Regardless, I came up with a couple of keys, namely time and timing. Throw in the element of luck and that pretty much sums up my two cents’ worth of what bowhunters need to put big-racked bucks on the ground season after season. And since I’m not facing tight space restrictions in this monthly column, I figured I’d elaborate a bit since most deer hunters I know are already fully primed and dreaming about opening day.

FIRST, TO KILL BIG DEER you have to hunt where big deer live, regardless of how much field time you can muster. My old pal Gene Wensel, who’s forgotten more about taking big whitetails than most of us will ever learn, has long stressed that obvious point. And it’s well worth remembering.

It’s why I buy a nonresident Illinois archery tag each year. For more than a decade now, my home state has ranked a solid second in the overall number of Pope and Young bucks entered into bowhunting’s records each year. Only Wisconsin produces a higher number of outsized whitetails. Iowa ranks third, Ohio fourth and Minnesota or Kansas filling the fifth spot. Incidentally, those same states account for the most non-typical record book bucks.

Check the harvest stats for yourself. See where your own state ranks, understanding that big bucks can and do live in just about every part of the continent. That means hunting close to home can pay off even when you’re facing stiffer odds than heading to primo states. And on a personal note, my adopted state of Indiana has ranked seventh best P&Y producer for much of the past decade. Other sleeper states I enjoy hunting include Kentucky, Texas (which has the most whitetails of any state), Michigan, and eastern Colorado along the Arkansas River.

Do your homework and plan your season accordingly.

MAKING TIME AND TIMING YOUR HUNTS– Being retired certainly has its advantages, but even when I was working 60-hour weeks as BOWHUNTER Editor, I’d still slip into the woods every occasion I could. Early mornings. Evenings. Weekends. Holidays. And middays during the rut. Being there is critical because few wall-hangers are tagged when hunters sleep in, watch televised ballgames, or take a day off to putter around the house.

Sure, it’s easy to get discouraged and lose your enthusiasm after spending long hours in a blind or stand, watching birds and squirrels while the woods seem devoid of deer. But the fact is they’re out there somewhere and you can find ‘em with a bit of patience and planning. Food sources and travel patterns change; weather and hunting pressure affects deer movement and sightings. Yet the whitetails’ cycle of life continues, and deciphering its vagaries is possible if you try.

Scouting during the pre-season can reap benefits, as can early season bowhunts. Deer haven’t been hunted for many months, are usually more relaxed, and are somewhat less wary. When I lived in Montana, I officially measured the new state record bow-killed whitetail, which was arrowed in late September on the opening day of Big Sky archery season. The young hunter had spotted that big deer and several of his buddies feeding before dusk in a lush alfalfa field, and he studied them from a distance for days leading up to opening day. Slipping in and quietly hanging a portable stand, he dropped the P&Y bruiser as the deer walked into the field that evening. While tagging huge bucks is rarely that simple, it points to the hard truth that being there when the deer is there is what matters most.

Be flexible. If Plan A isn’t working, try Plan B … or the rest of the alphabet. Find and hunt the does, because bucks will come as the rut kicks into gear. Nocturnal bucks become visible and vulnerable during daylight hours. Once rutting activity winds down, keep an eye on food sources like picked cornfields and green plots where food is found. Late season hunting for big bucks can pay off big, whether climbing into a stand ahead of a winter storm front or setting up along funnels and trails near feeding areas. Deer are bunched and hungry, often while there’s ample shooting light.

As basketball coach Jimmy V once advised others when he was dying of cancer, “Don’t give up. Don’t ever give up.” It’s excellent advice for bowhunters, too. I know. In 1963, on the final November day of the Indiana archery season, I killed my first P&Y buck with maybe an hour of daylight left. I’d almost given up … but didn’t.

As long as the season clock is ticking, you have the opportunity to fill your tag. But unless to take or make time to pick up your bow and head for the woods, you’ll never be the successful hunter you could be.