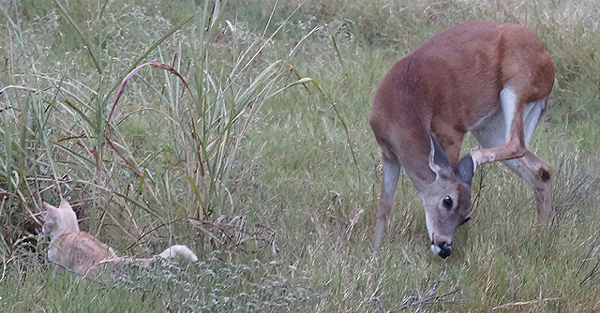 This morning I was busy taking pictures of two impressive bucks when I noticed three does went alert and moved toward something laying in the grass a few yards from me. The does approached the object. 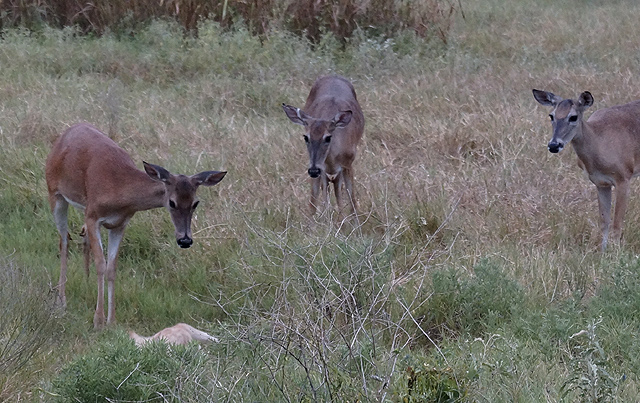 It was one of my 3 new mouser kittens and it had been hiding in the grass and watching the does as they walked around nearby. Feeling the pressure of these does the mouser darted over to some tall grass and stopped. One of the does, a small one, followed the kitten. 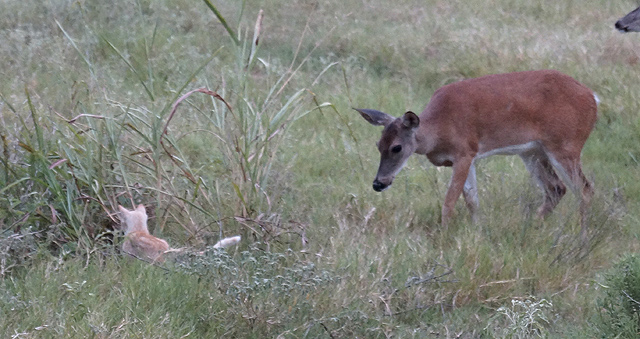 Once in the tall grass the kitten was unconcerned with the deer, even when it was a yard away and had an itchy spell and scratched it with her foot. 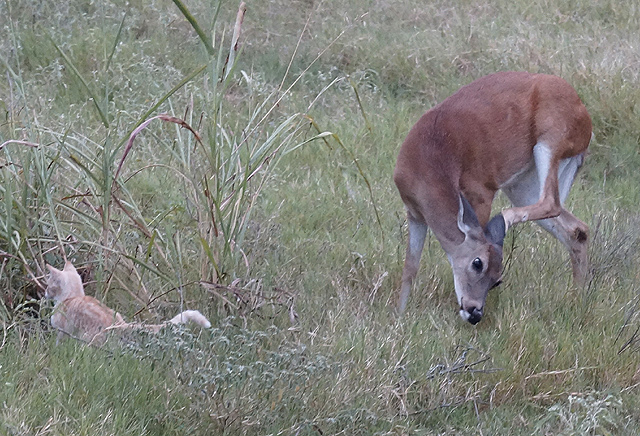 After the scratching was done the doe moved even closer to the kitten and eyeballed it through the long grass for about a minute. The kitten was totally cavalier about this close encounter. 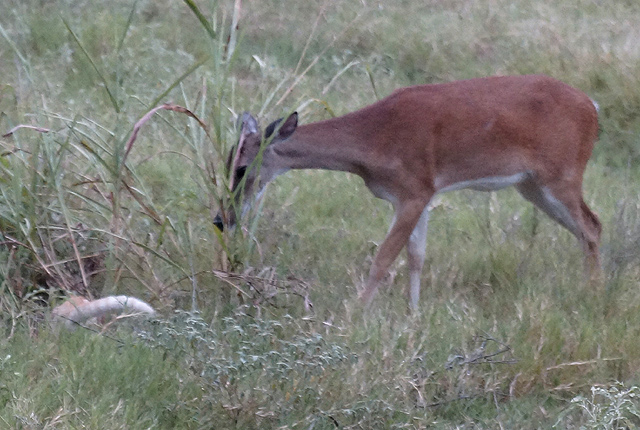 Next, the doe bowed its back and postured aggressively. This got the kitten’s attention but it apparently still didn’t think the doe would bother it, and it held tight, although it switched end and did its own aggressive posturing with some added hisses. That stopped the doe. 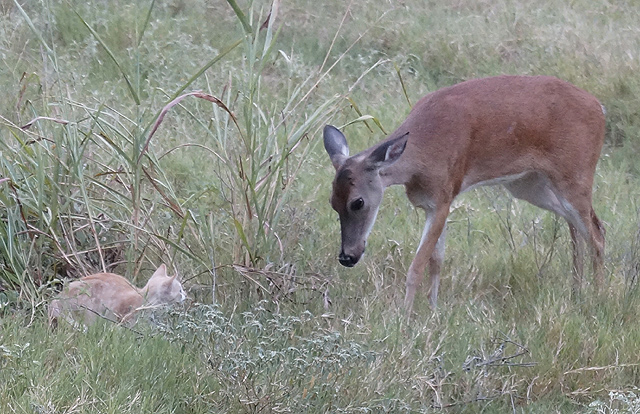 The kitten and the doe held their positions and continued posturing. The kitten made a lunging motion and the doe jerked backward. And apparently figuring the doe was buffaloed, the kitten walked, not ran, away and passed right by the blind I was in. 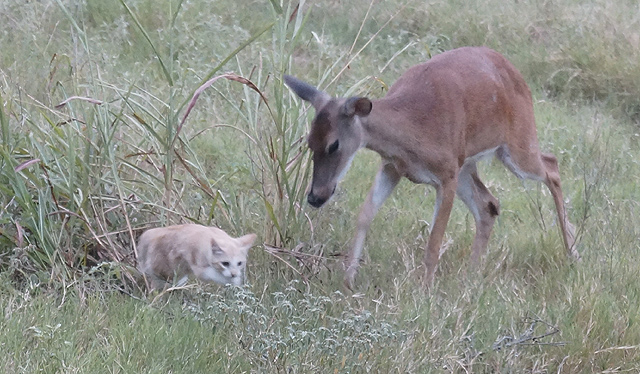 I spend lots of time taking pictures of deer and what I saw and took pictures of this morning was every bit as cool as any big buck pictures I’ve taken. Yep, life is good in the deer woods this morning.