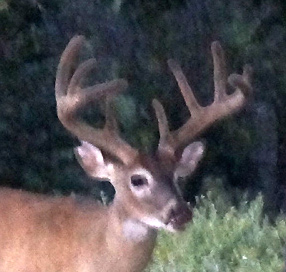 I just finished reviewing a bunch of pictures because I remembered talking pictures of a nice 10 point buck last month. It was early morning and most of the pics were too dark, blurry and vague to see much about the buck, but I thought I did get a picture or two that were ok.

I found those pictures in the August 10 folder, (which is the date I took the pictures). There were only two good pictures. Plus I am putting up a picture that I took early and it was blurry, but it was important to me in my search for new bucks. After all, when you take your own pictures to scout for deer, lots of pictures are not i[ tp snuff.

I nicknamed this buck Big Boy 10 or BB-10 if I abbreviate it.

Here he is checking out a doe out ahead of him. An unidentified deer is on his right and is very close to him but putting distance between them in a hurry. 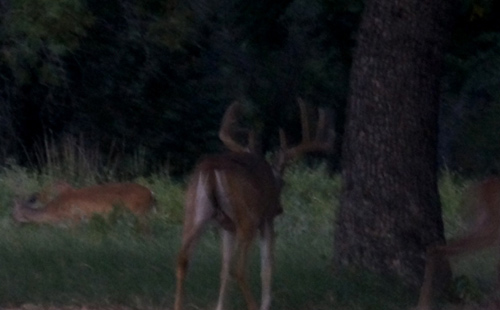 Once it starts getting daylight it comes on fairly fast. Fortunately BB-10 hung around the area and ten minutes later I got a much better picture of him. 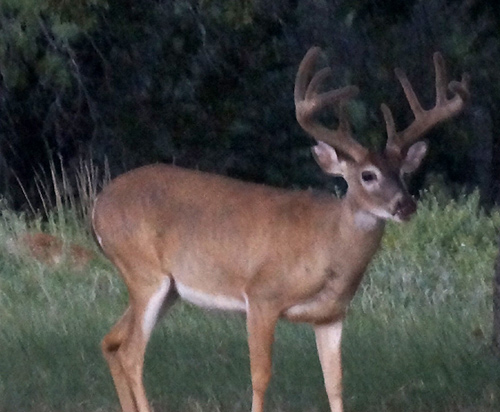 I managed to get one more picture before he left. It shows how he is keeping track of his surroundings by moving his sound antenna around (his right ear). 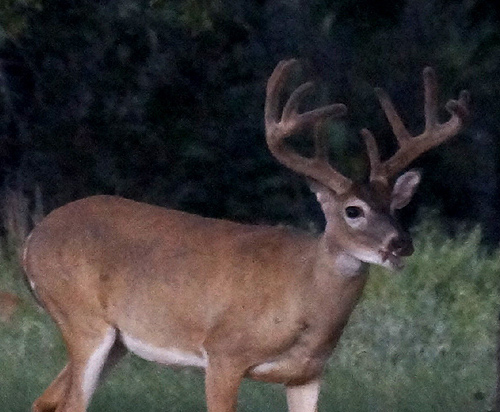 And that was what happened in the deer woods on the morning of August 10. Right then and there I decided I would do everything I could to keep track of this buck.