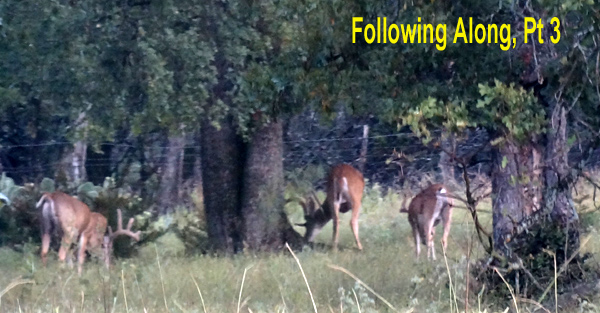 Of course, it’s very possible that you might discover other bucks that are interesting when you move around via this pre-season “Follow Along” scouting method. By now bucks are hanging  out with other bucks in “closed” buddy groups. And some of the groups don’t mix well. Mature bucks, in particular, intimidate some of the younger bucks and those youngsters avoid getting too close to the older bucks.

And when the bigger bucks are getting ready to shed their velvet they frequently charge any young bucks that get too aggressive. But more on that later.

For the next two days I saw several bucks and does but I didn’t see Y2K or any of the bucks I had been seeing in the area where I was Following Along. But that happens. Bucks do not always use the same route.

On the third morning I was back in business. A buck that I recognized came into view and walked by me on the right side of my ground blind. It was the 8-point buck I nicknamed “A-Frame” (because his brow tines almost touch.) A-Frame and Y2K are Buddy Bucks and I see them together a lot. 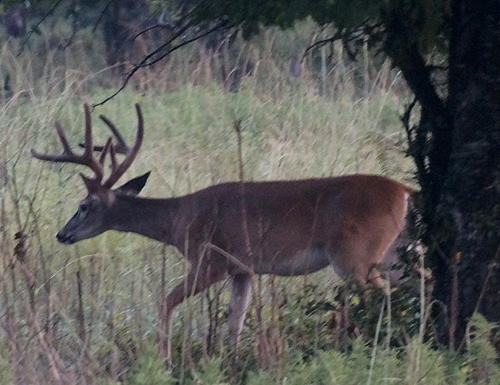 Before I saw A-Frame a doe came up and started mouthing and marking the limbs and leaves of some small trees. 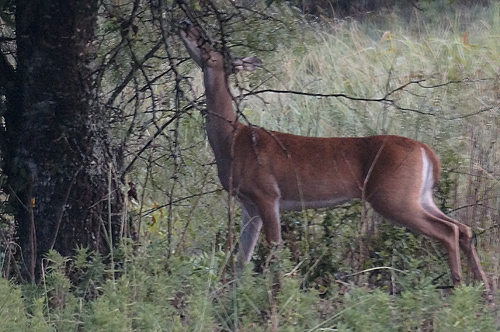 A-Frame was definitely interested in that particular doe. He cut a trail straight toward her. 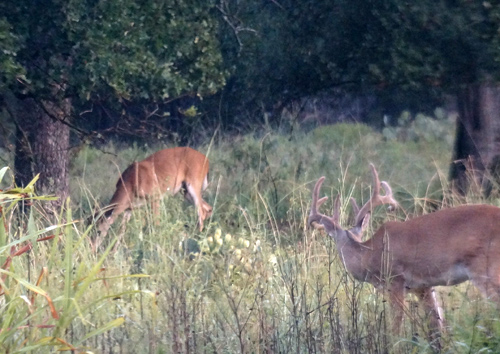 As he closed in the doe ignored him and began pawing on the ground with the hoofs of her front feet. 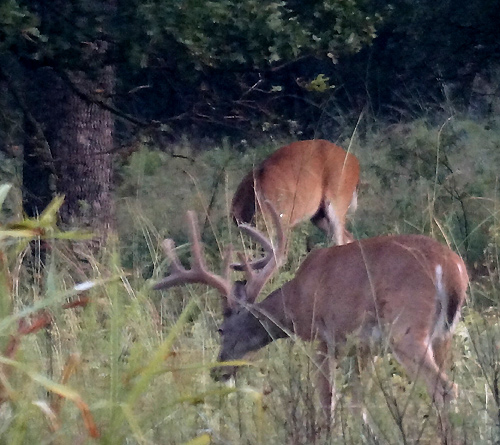 When A-Frame got close to the doe she darted away and left him alone. He didn’t follow her, he just watched her as she left.

A handful of bucks and does came up and browsed around and turned to the north when they got to the fence 80 yards away. 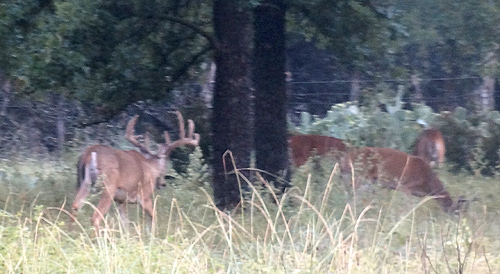 They moved slowly but steadily along.  Some bucks joined up and browsed along. 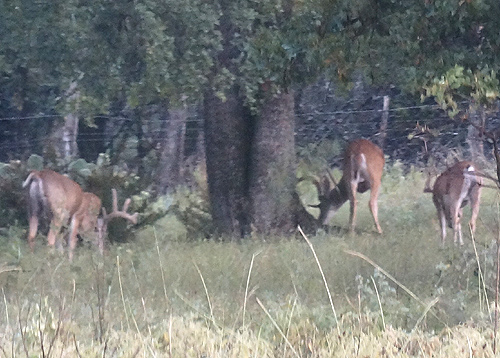 And I glassed Y2K, he was alone and walking by the fence. Also going north.

The woods starts getting thicker here and after the deer all cleared out I moved my blind where I could watch the fence better. I wanted to know if Y2K stayed on this side of the fence or not.

ScentBlocker - Shield in the Field - Just For Ladies