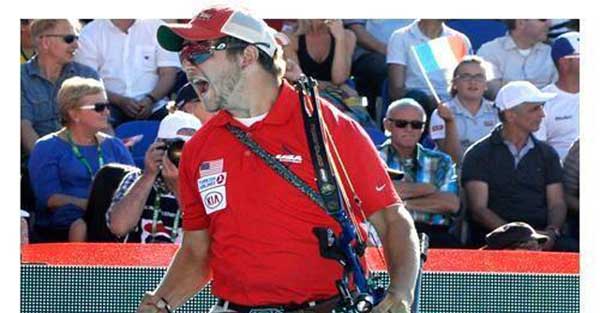 WE’VE COME A LONG WAY, BABY! Just think about it. More than half a century ago when I first picked up a hunting bow, the odds of tagging a deer were somewhere between slim and none. As I recall, about 95 to 97 bowhunters out of every 100 hopefuls ended their annual quest for venison with an empty freezer. And I distinctly remember seeing exactly one doe all season long where I was hunting in southern Indiana.

Thank heavens, things have improved dramatically. More deer for certain, and more efficient equipment, too. Much, much more how-to-bowhunt information is readily available, including Bowhunter Ed classes. Longer seasons. Higher annual harvests of a plentiful and renewable resource. All these things combine to create a bright forecast and optimistic future for North Amerca’s deer hunters.

Not that it’s easy, mind you, just more opportunities and better overall odds. The personal challenge remains high, whether it’s finding or creating good deer hunting properties, taking venison for the freezer or big antlers for the wall, improving personal shooting and tracking skills, or simply finding sufficient time to spend pursuing the most popular big game animal on earth.

And most of the bowhunters I know, myself included, wouldn’t have it any other way. But that doesn’t mean you can’t make a good thing even better. Following are five thoughtful tips for getting better, more consistent results and greater satisfaction from the hours spent in the deer woods. Call these suggestions more helpful gospel direct from the Book of James:

1. BE REALISTIC –  It was Fred Bear who once wisely observed that we hunters go afield to kill game and fill tags, but we don’t necessarily need to kill an animal to have had a successful hunt. Even in each state’s prime hunting hotspots, more people end up empty-handed than with deer on the ground. Hunting mags and television programs present a convoluted picture of bowhunting, with most feature articles and hunting shows ending with a kill. That’s not the way it actually is. Moreover, the big bucks in a majority of magazine photos and on television screens are the exception to real world bowhunting. Any adult deer legally taken under Fair Chase rules is a “trophy,” regardless of its rack or body size. Enjoy yourself and be thankful for the occasional special moments you stand looking down at your deer, but also give thanks for spending time close to nature. It’s great medicine for the mind and soul.

2. BE SAFE, ALWAYS  – Walking across uneven terrain with an arrow nocked on the string is downright dumb. Climbing trees while carrying a bow and arrows is even dumber. Shaving-sharp broadheads and falls represent the two biggest potential problems for bowhunters. Falling from trees can injure or kill you, period. Doubt me? Say so and I’ll introduce you to veteran bowhunters who’ve had it happen and were badly hurt … or I can personally show you the graves of a couple of guys who believed an accident couldn’t happen to them. Use haul lines to raise and lower your gear. Never, ever climb while holding your bow and its complement of arrows, or even worse, strapping them to your back, side, or over the shoulder. Always wear a safety harness and be especially cautious climbing into or out of stands when it’s wet, cold, or dark. Using a safety line is good fall-prevention practice, too.

3. PRACTICE FOR PRESSURE –Most bowhunters know the importance of proper practice before, during, and even after the hunting season. To me, no practice routine is “proper” unless it entails several shots that help prepare for that inevitable moment of truth when a deer is suddenly standing within bow range, and I’ve made up my mind to take the shot. And that’s why I like to begin a practice round by taking my first shot from an unknown distance, often while seated, kneeling, or half-turned as if caught off guard with no time for perfect stance, form, etc. One shot, one chance to make a perfect shot. Likewise, I’ll end my session the same way. And even while hunting, I always carry a practice arrow with a Judo point so I can release a shaft at a leaf, twig, or rotten stump before climbing down. Standing erect and shooting arrow after arrow from known distances, even while dressed in your camo hunting attire, is fine but no deer I’ve met appreciates good form and tight groups. A single shot is the norm, and unless you’re ready for the deer that sneaks in behind you or catches you sitting with no chance to stand, you just might miss out on filling a tag. Be prepared for any opportunity. Practice smart and be ready to take that one pressured shot you’ll likely get and don’t want to blow.

4. POINTS OF CONTENTION –Debate over which broadhead is best has long been a divisive, often heated, topic with no clear cut answer (no pun intended). Suffice it to say, there are a lot of good, sturdy, true-flying hunting points that can quickly take down any animal from a giant bull bison, Kodiak Island brownie, or hulking big-antlered moose to a prairie pronghorn or dainty Coues deer. Sharpness and shot placement are keys, of course, but choosing your broadhead is one of the most critical decisions any bowhunter will make. Personally, being an old school hunter who enjoys fixed blade heads that I sharpen myself, I avoid small, lightweight points and most mechanical heads for hunting larger big game species, especially if the points have only two blades. Three- and four-blade 125-grain heads with ample cutting surfaces have served me well for more than five decades, and I see no reason to change now. Bottom line, use the head that gives you excellent performance and consistent kills. Otherwise, consider switching to tried and true broadheads with a long history of bowhunting success. Whatever your choice, don’t fail to practice using the hunting head of your choice.

5. MIND GAMES – I’m convinced that once the basics of shooting a bow are mastered, bowhunting is 90% mental and only 10% physical. That means a positive mindset is absolutely necessary to shooting accurately and making consistent kills. I never release an arrow worrying that I might miss the shot. Nagging doubt can undermine any bowhunter’s confidence and shooting ability. Not that even the best hunters don’t miss, because they do. And overconfidence can be a problem in itself. Regardless, intimately knowing your hunting tackle, practicing properly, learning your effective shooting range, and having total confidence in your ability to perform under pressure will give you the keys needed to become a confident, capable, and efficient predator ready for any situation.

End of this month’s sermon and its food-for-thought message. Here’s hoping all you arrows fly true!