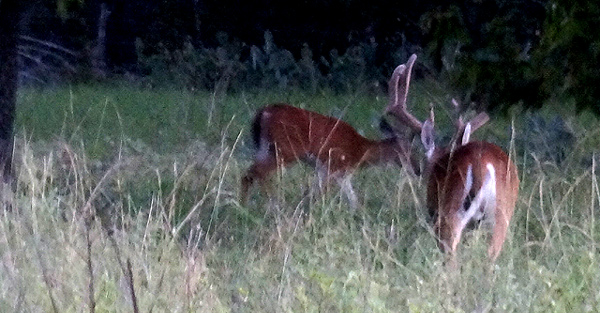 I set up so I could get a better view of the area I saw two different bucks work some trees overhanging branches  and paw the ground by them. On the morning I took these pictures I saw an interesting new development. It was still early and while there was enough daylight to take a picture it was too dim to get cleared pictures. That said, it is what it is and what happened is what is what counts. 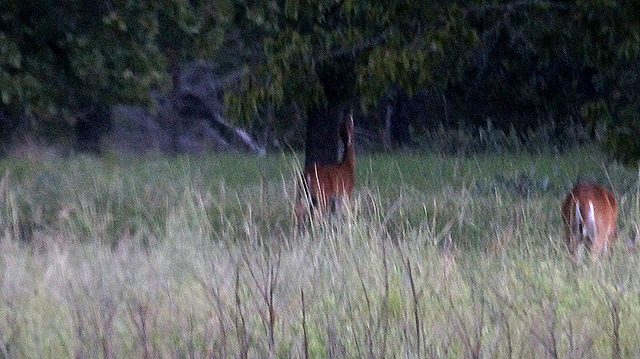 A doe came to a tree with reachable lower  limbs and chewed, licked and pulled them with her mouth. While this was occurring a buck walked up a few yards from the doe. 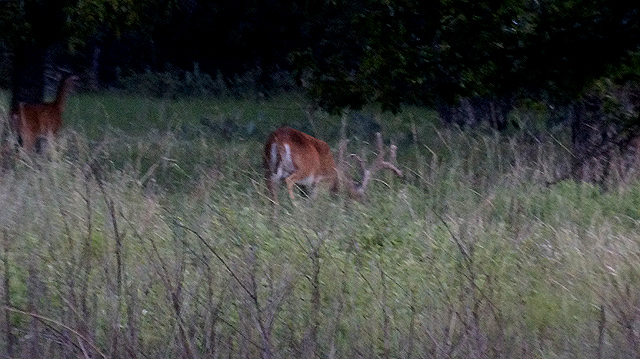 Once done, the doe walked away from the tree she had marked. The buck ambled along near her. 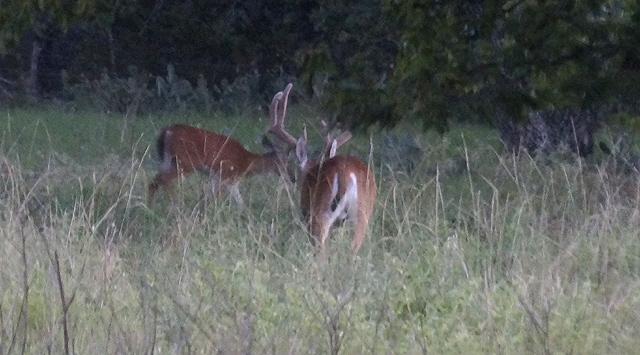 The doe walked along slowly and the buck followed her a ways. 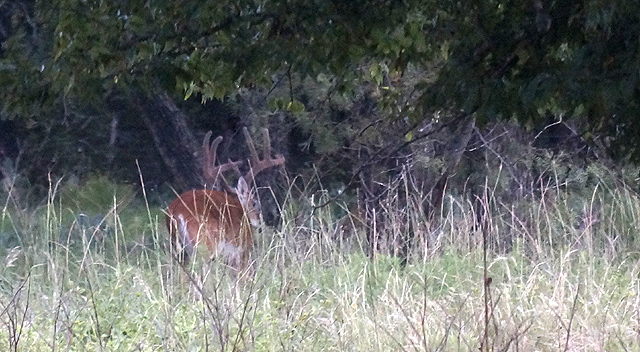 Then the buck reversed directions and walked back toward the tree the doe had worked. He smelt around on the ground and in the grass. 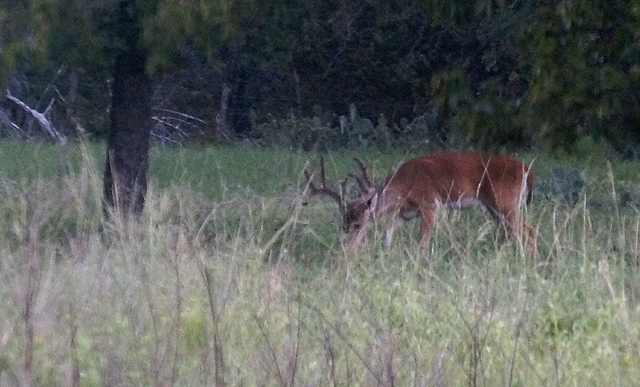 He pawed the ground here and urinated. 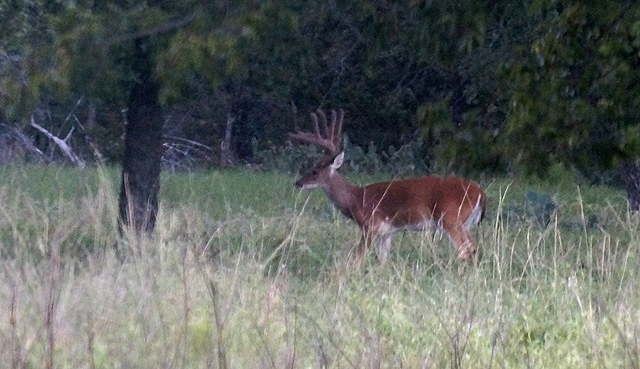 The buck followed suit and licked, pulled and bit the same overhanging branches the doe had worked. 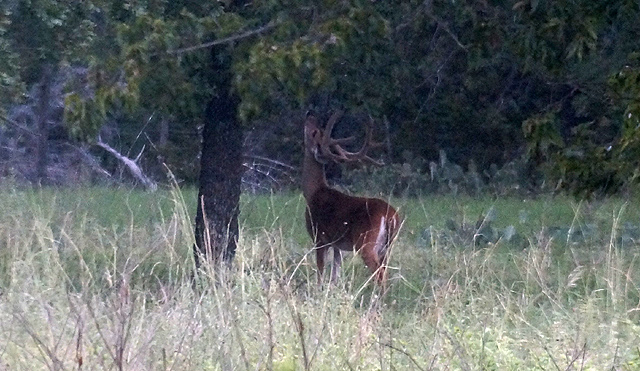 He spent the greater part of a minute marking the tree with. 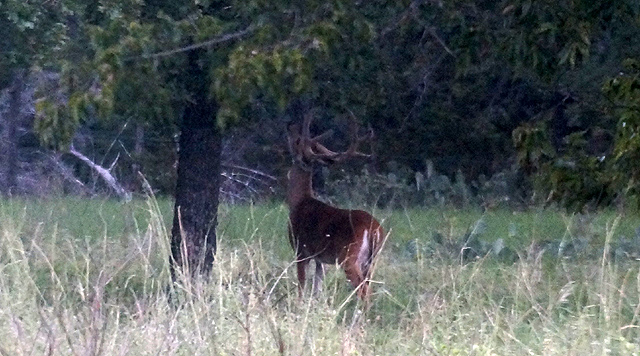 Meanwhile, a doe watched him from 60 yards away. I took her picture, thinking the buck might show interest in her. 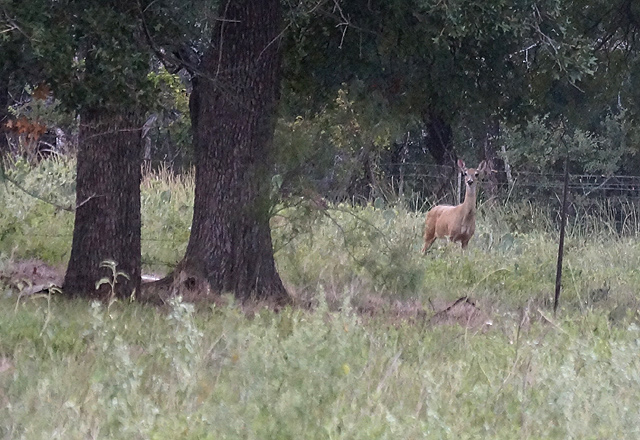 And when I looked back at the buck he had finished his marking project and had moved on.

Here’s what happened this morning: this is the first doe I’ve witnessed marking the limbs of a tree where a scrape was. This is how the rut begins. And there will be a lot more of it, by both does and bucks, as more and more of them become interested in places where they can meet up.

Straight Shot is Back