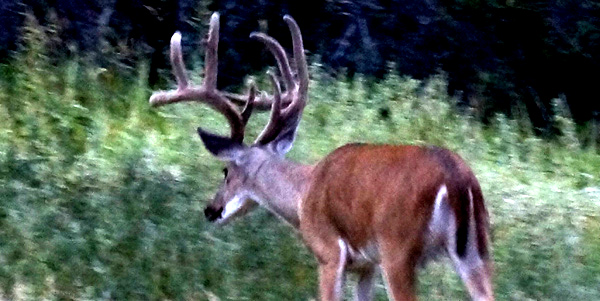 The long tined 8-point from July showed back up in the morning. His tines have grown several inches more. And notice his right brow tine in the picture below. It has a small kicker that forms a “Y” on the end of the antler. Because of that I named this particular buck “Y2K”. One of the 8-points I’ve taken pictures of lately was with him. 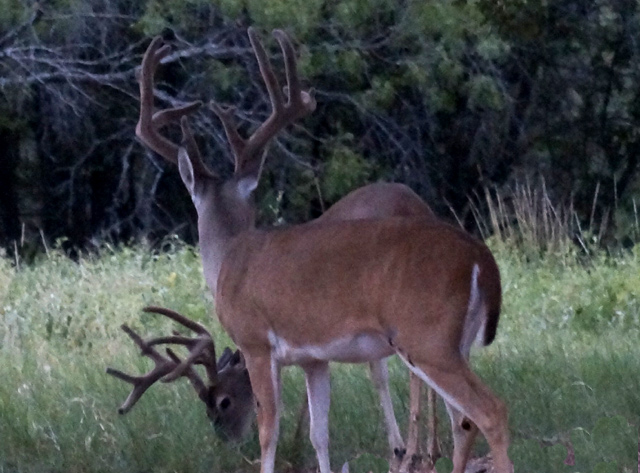 Here is a fawn. It has definitely gotten larger and now it is beginning to loose its spots. 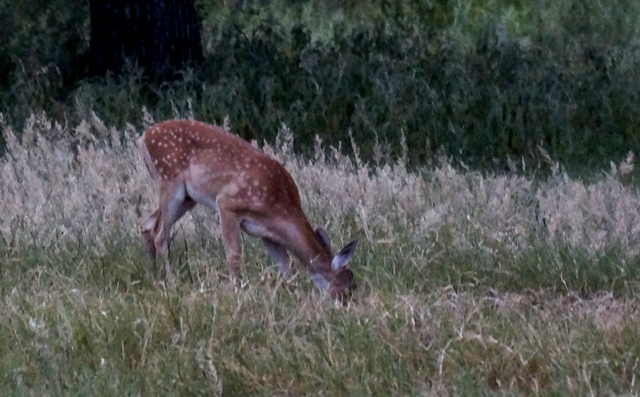 When the Y2K buck notices the fawn, and the doe with it, he ambles off toward them. 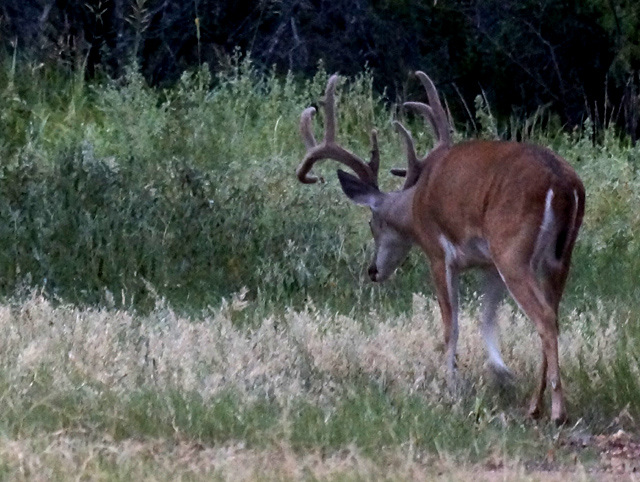 While he was en route I got a couple more pictures. Notice the curves on his antler tines. In previous pictures his tines were straight so the curved part shows you how much the tines have grown. 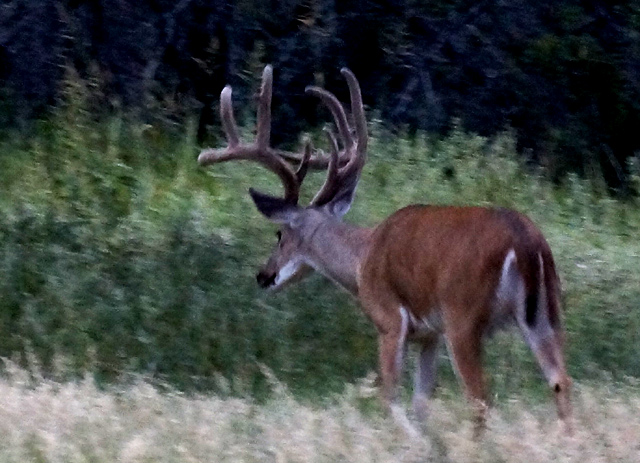 When he got close to the doe she watched him carefully. He gave her the once over. 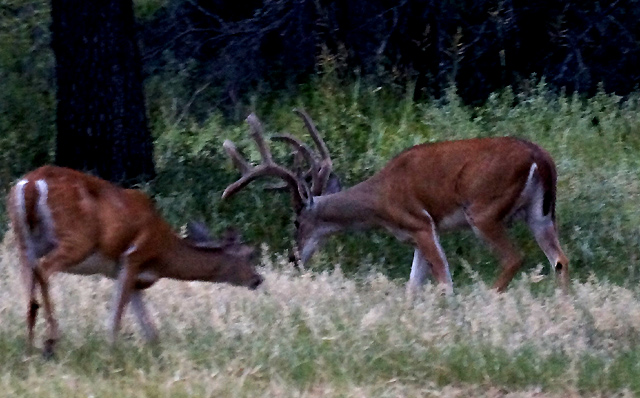 Then the doe walked away and Y2K began smelling around on the ground. The fawn got itself in the picture. 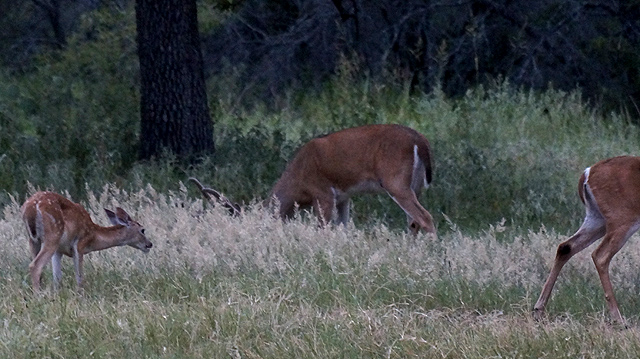 Y2K continued to slowly walk around the area. 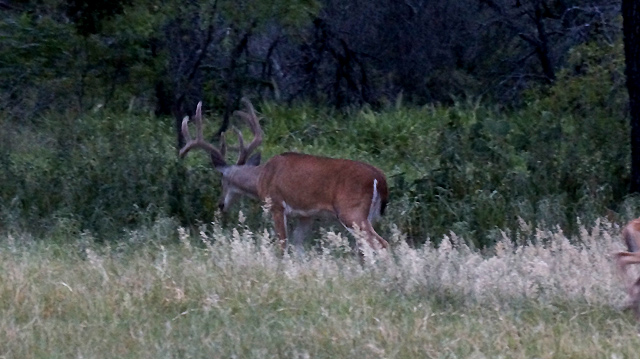 Meanwhile I turned my camera’s attention to the 8-point. 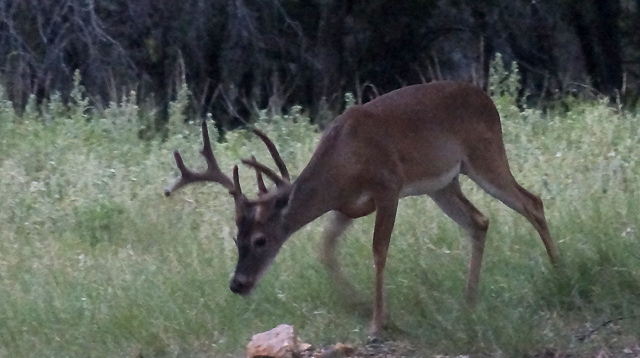 The 8-point browsed around. 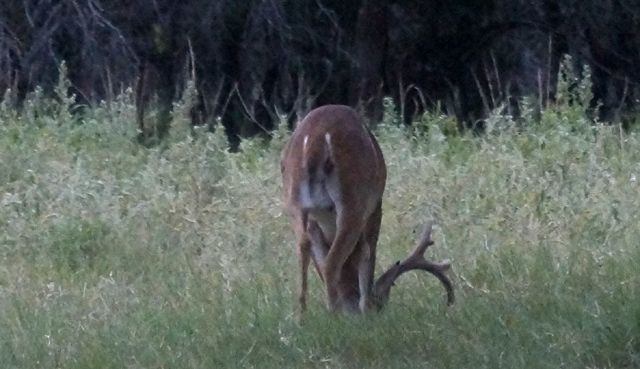 A little further out I spotted another buck pawing on the ground near a tree with low overhanging branches. 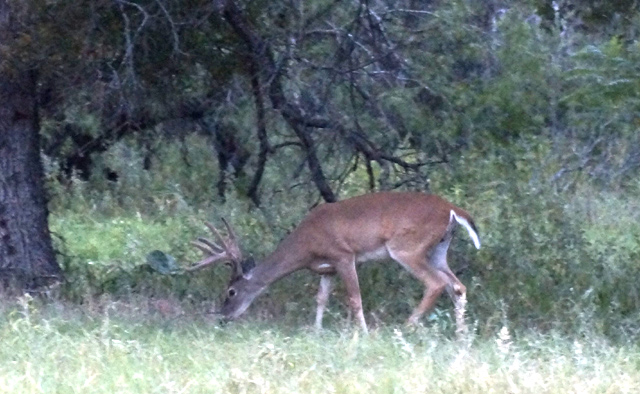 This buck has brow tines that almost touch. I decided to call him the “A Frame” buck. 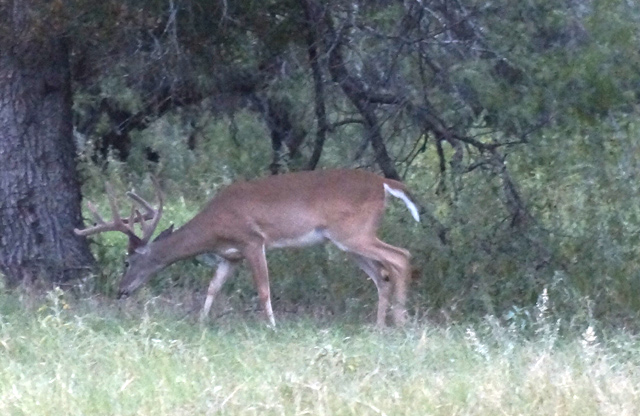 After he pawed around, the buck left in the same direction that Y2K had gone. This morning a handful of all deer moved through my area, and rather quickly. It was definitely an interesting morning in the deer woods